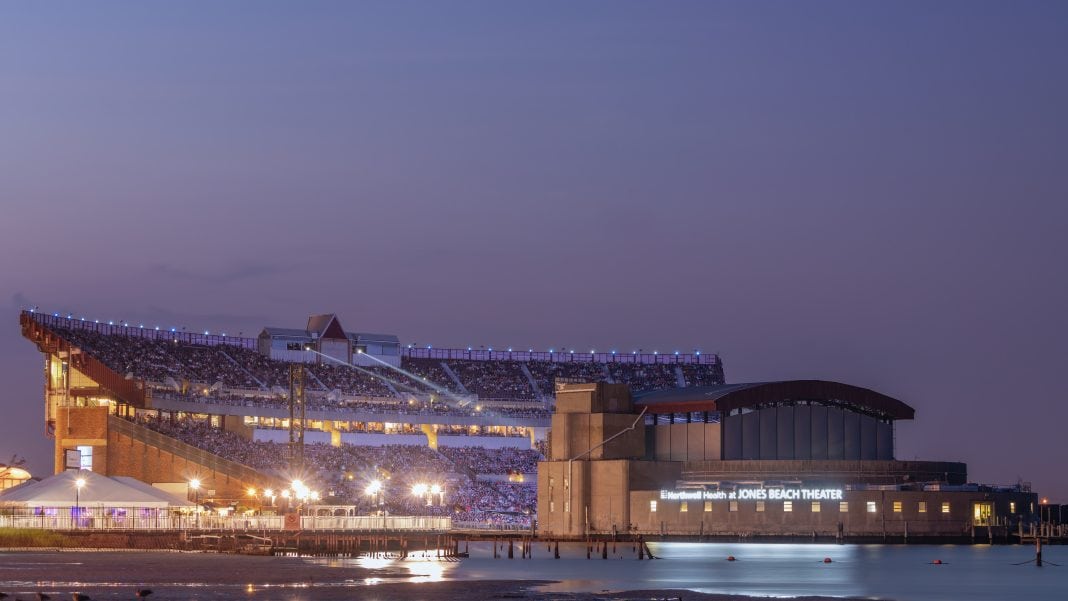 New Yorkers may differ on our favorite weekend getaway or pizza slice, but one thing most of us have in common is a love for live music. Admittedly, we are surrounded by iconic venues and interesting artists in the Big Apple, yet for a day trip or weekend getaway infused with live tunes, turn your sight east to Long Island. Not only are there many amazing musicians from or currently living on Long Island (hello Billy Joel, Joan Jett and Lou Reed) there’s no shortage of great concert venues or music festivals. Odds are that no matter where you are on the Island, there is a world-class music venue within 15 minutes. Of course, there’s so much to do on Long Island. After you’ve had your fill of excellent tunes, explore breweries, go hiking or marvel at the fall foliage.

Meet fifteen places to listen to live music on Long Island this summer and beyond.

Known as Westbury Music Fair for decades, the Theatre At Westbury is a theater in the round that traces its history back to 1927. It has hosted almost every legendary performer you can think of, including Stevie Wonder, Bruce Springsteen, Frank Sinatra, The Doors, The Who, Britney Spears, and The Beach Boys.

How To Get There: Take the Long Island Rail Road to the Hicksville or Westbury station and hop in a cab. You should be at the venue within 10 minutes. 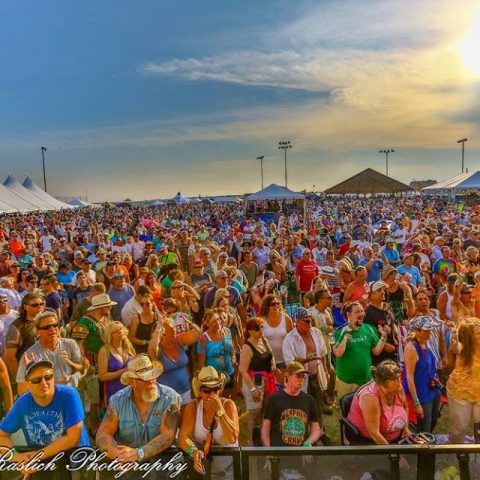 The Great South Bay Music Festival is an annual four-night event that brings together legends, national headliners, and local favorites. Hosted at Shorefront Park in Patchogue, some of this year’s performers are Taking Back Sunday, Sublime With Rome, War, Dweezil Zappa, Glassjaw, and Edgar Winter.

How To Get There: Take the Long Island Rail Road to the Patchogue station and hop in a cab. It is about a 5-minute drive to the festival site.

An amphitheater within the grounds of Jones Beach State Park, Northwell Health At Jones Beach Theater holds around 15,000 patrons. This year’s major performing artists include Luke Bryan, Jimmy Buffett, Zac Brown Band, The Who, Slipknot, Dave Matthews Band, and Game Of Thrones Live. Locavores can rejoice as the venue serves locally grown produce and humanely raised meats. Additionally, in an effort to reduce waste and protect natural resources, they strive to source products that are made from recycled materials and are fully recyclable or compostable.

How To Get There: Take the Long Island Rail Road to the Freeport station and ride the shuttle bus, or take the LIRR to the Wantagh station and take a cab. You should be at the theater in about 15 minutes, whether you travel to Freeport or Wantagh. 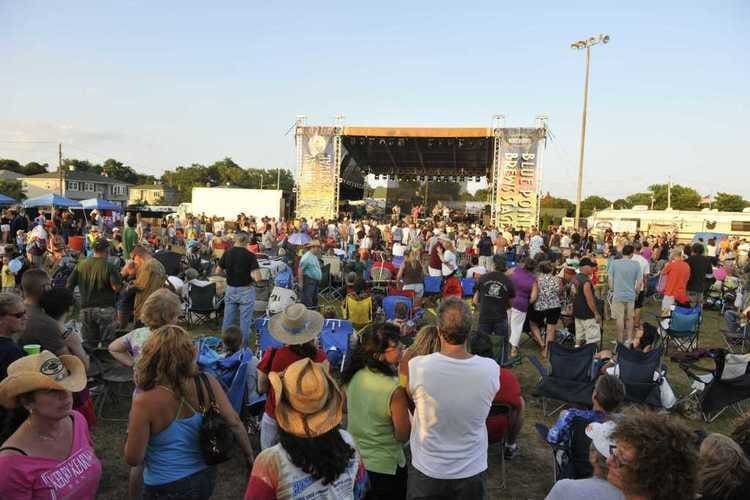 Located along the boardwalk at Field 4 within Jones Beach State Park, the Jones Beach Bandshell features live music more nights of the week than not during the summer. There are many free events, so a concert here can be light on your wallet. Expect mostly tribute bands.

How To Get There:Follow the above directions for Northwell Health At Jones Beach Theater.

The part-time home of the NHL’s New York Islanders, NYCB Live – long known as the Nassau Veterans Memorial Coliseum  or the Nassau Coliseum – was renovated several years ago. Overseen these days by the same team as Brooklyn’s Barclays Center, NYCB Live has hosted just about every arena-level performer of the last 40-something years, including Pink Floyd, Madonna, Metallica, David Bowie, Paul McCartney and KISS.

How To Get There: The closest Long Island Rail Road stop to NYCB Live is Hempstead station, but you can also easily take a cab from Garden City or Westbury’s LIRR stations.

Patchogue Theatre for the Performing Arts

The Patchogue Theatre for the Performing Arts is a 1,200 capacity theater in the middle of Patchogue’s main street strip. Upgraded in recent years, it first opened in 1923. It has hosted Foreigner, Hanson, Fifth Harmony, Kansas, The Eagles’ Don Felder and Motley Crue’s Vince Neil.

How To Get There: The Patchogue station via Long Island Rail Road is about a half-mile from this venue, so it is walkable.

The YMCA Boulton Center for the Performing Arts, part of the Great South Bay YMCA, is a very intimate theater with no bad seats in the house. Artists who have played here over the years are Richard Marx, King’s X, Lisa Loeb, Candlebox, Marc Cohn and The Eagles’ Timothy B. Schmit.

How To Get There: Take the Long Island Rail Road to Bay Shore and walk across the parking lot to get to the Boulton Center. 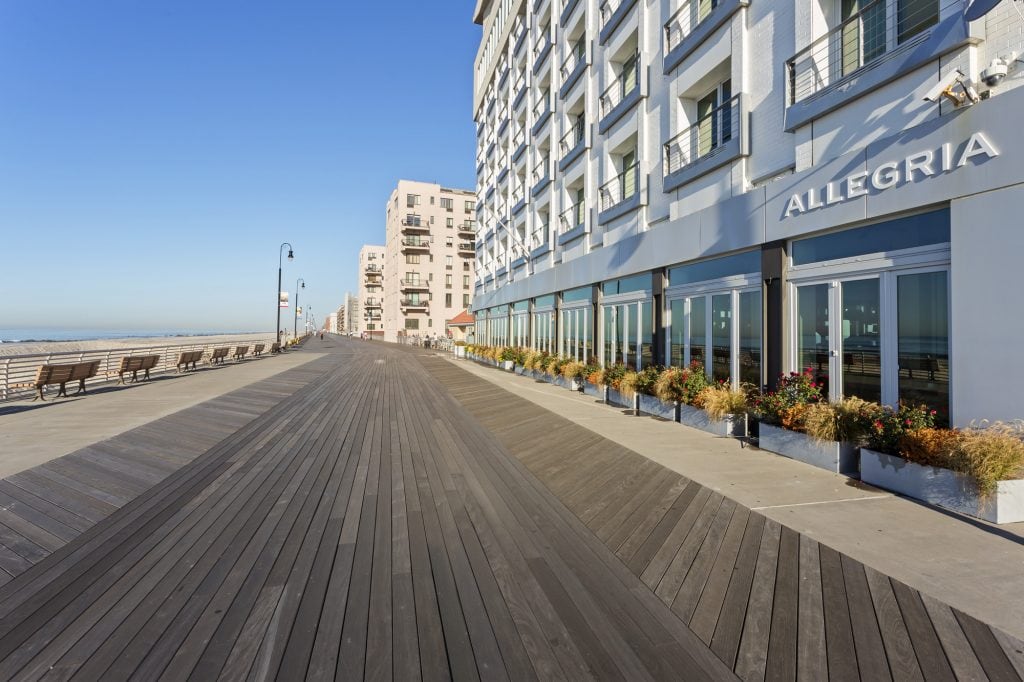 Jones Beach State Park does not have the only music-friendly boardwalk on Long Island. The City of Long Beach’s boardwalk hosts dozens of concerts each summer, most of which feature tribute pop, rock and classic artists of yesteryear.

How To Get There: Take the Long Island Rail Road to Long Beach. The exact location of the concert rotates. From the train station, you can use the city’s SoBi Long Beach bike-share program.

The Space At Westbury

Based in a restored 1920s movie theater, The Space At Westbury’s original incarnation shut down in the late 1970s. These days, The Space is an intimate venue that attracts lots of performers. The Pixies, The B-52’s, The Doors’ Robby Krieger, Buddy Guy, Kenny Wayne Shepherd, and Rodrigo Y Gabriela are among the artists who have headlined.

How To Get There: Take the Long Island Rail Road to Westbury, walk about a half-mile and you will be at The Space At Westbury.

Also known as the Jeanne Rimsky Theater, the Landmark On Main Street is known to feature both live music and theater. Among the musical headliners in its history are Jimmy Webb, Josh Ritter, The Blind Boys Of Alabama, Rosanne Cash, Los Lobos, and They Might Be Giants.

How To Get There: Take the Long Island Rail Road to Port Washington and walk less than a half-mile to the Landmark On Main Street.

Even though The Stephen Talkhouse is a club with a barely-elevated stage, over 50 Rock & Roll Hall Of Fame artists have performed at this Hamptons spot. This includes Billy Joel, Paul McCartney, Jon Bon Jovi, Sting, Paul Simon, and Pink Floyd’s Roger Waters.

How To Get There: Take the Long Island Rail Road to Amagansett. The Stephen Talkhouse is about a half-mile away along Route 27.

In the 1970s and 1980s, My Father’s Place was one of Long Island’s premier concert venues, hosting James Brown, Aerosmith, Tom Petty, Stevie Ray Vaughn, The Ramones, The Police and countless other legends. The venue was reopened by Michael “Eppy” Epstein in 2018 in the Roslyn Hotel.

How To Get There: Take the Long Island Rail Road to Roslyn. The venue is about a mile and a half from the LIRR station, so a cab is recommended.

How To Get There: Take the Long Island Rail Road to the Westhampton Beach station and hop in a cab, unless a two-mile walk is your speed.

Formerly known as the Brookhaven Amphitheater and also the Pennysaver Amphitheater at Bald Hill, the Long Island Community Hospital Amphitheater has space for around 4,000 attendees on the grass beyond its 3,000-seated guests. Prior headliners include James Brown, B.B. King, Alice Cooper, Ringo Starr, and hometown heroes Twister Sister.

How To Get There: Take the Long Island Rail Road to the Medford stop and take a cab to the venue, unless a three and a half mile walk is suitable for you.

How To Get There: Take the Long Island Rail Road to Wantagh and walk across the street. If you go to Mulcahy’s in the daytime, it’s across the street from an excellent bicycle store, Brands Cycle & Fitness. Rent wheels and explore the town.

For more information on planning a visit to Long Island, go to www.DiscoverLongIsland.com 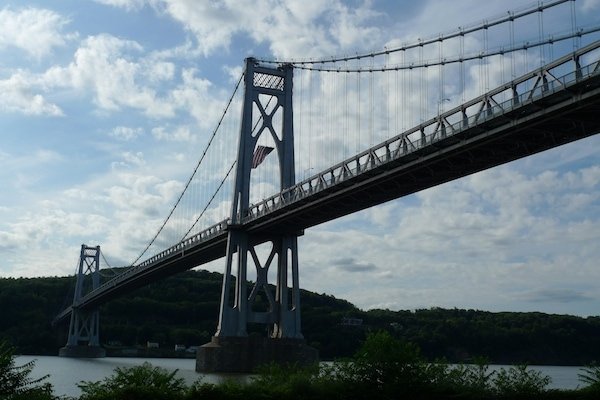