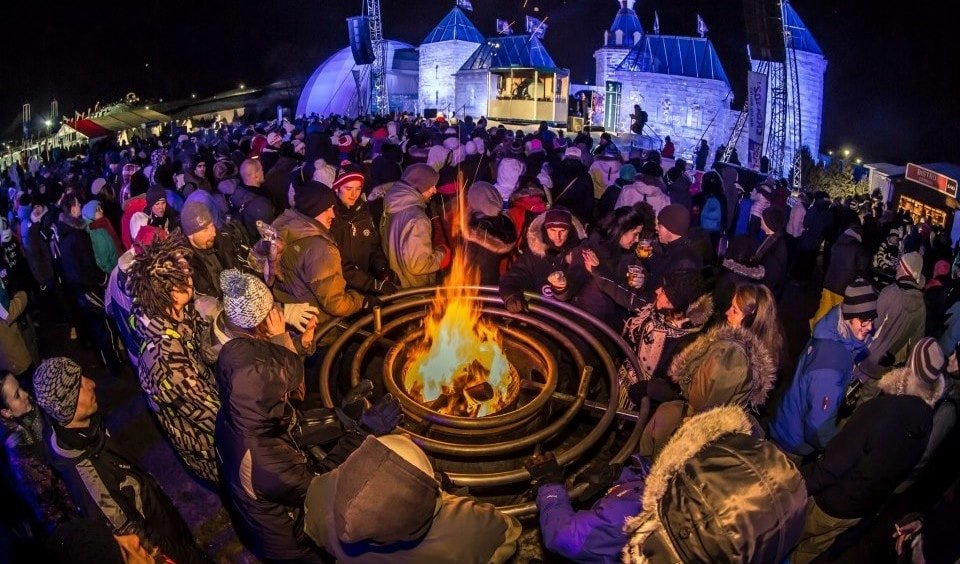 When winter rolls around, the gut reaction of many is to stock up, stay in, and muddle through. But the good folks of Quebec City (the world’s “snow capital”) not only face winter head-on but make it the event of the year. The city began turning winter into revelry in 1894, and held winter winter carnivals most years through the early 20th century until a group of business people relaunched the festivities in 1954, making the Carnaval de Quebec (January 31-February 16) a wintertime institution.

Come 2014, the 60th anniversary, the winter Carnival celebrates its heritage, adds new activities, and thrills in the chill and the magic it brings. Whether you’re the sort who eagerly awaits the first snow of the season, or the type who grumbles all winter through, Quebec Winter Carnival will inspire and delight–and it’s sure to make a great winter tradition for you and yours.

Here, a glimpse of the 60th annual Quebec Winter Carnival. 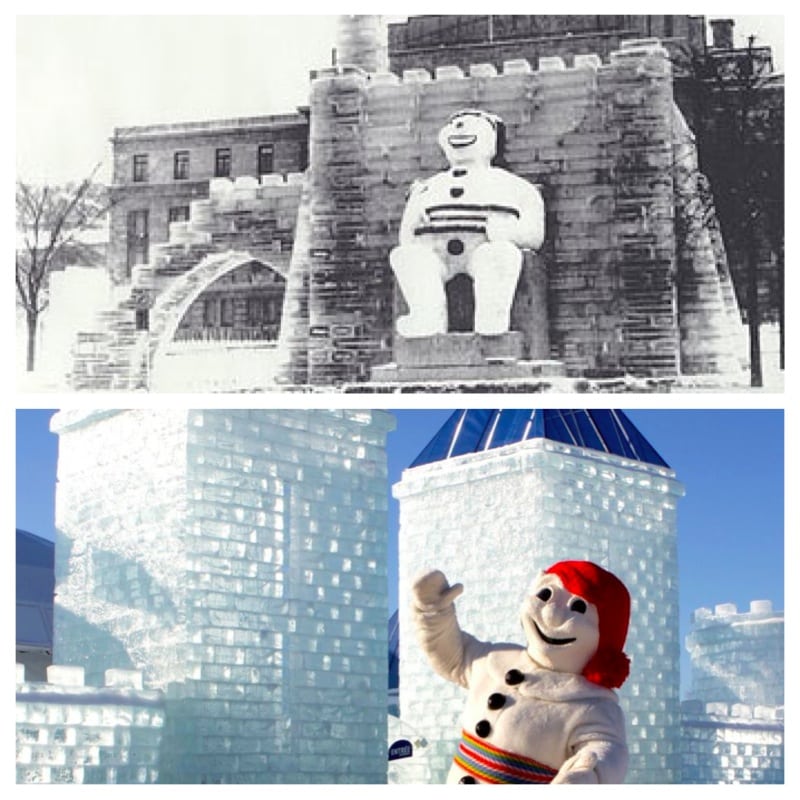 From lovable Bonhomme Carnaval, ambassador of the festival and all things joie de vivre, to the gleeful effigy, who doubles as entrance passport and collectible souvenir, the Carnival has racked up cherished traditions over the years. Here, a few of the favorites:

1. Bonhomme’s Ice Palace is the center of all things winter cheer. This year, the palace has many surprises in store. Revelers can wander from room to room, or join the partiers that will take place outside.

2. Quebeckers have been building snow sculptures since the 1950s, and the International Snow Sculpture of Quebec launched in 1973. It has grown and changed over the years, but is always a sight to see, both while the sculptors are in action and once the wonders are complete.

3. What began as necessity (carrying furniture and heavy items across the island) fast became sport, and the legendary ice canoe races have a celebrated event since the first Carnival. Teams will move their canoes across the St. Lawrence River to much fanfare. This year, spectators will be treated to animations before and during the race.

To make the most of this year’s festivities and Carnival history, we recommend participating in Rallye Carnaval. The Amazing Race-inspired event will have teams chasing clues to a variety of locations around the festival, all while learning untold stories about the Carnival and its history. The special 60th Anniversary Package costs $99 per person for groups of 15-29 or $84 for groups of 30 or more, of you can join in the post-rally party for $35. 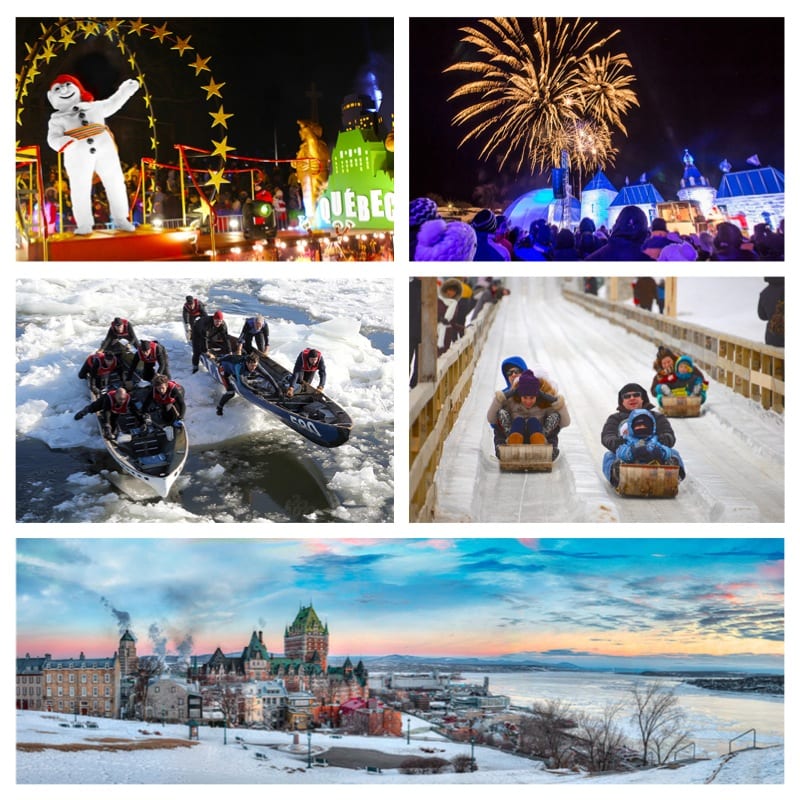 To celebrate the 60th anniversary, Quebec Carnival is adding many new and exciting events to the docket.

1. “Carnivalers” are invited to make history by participating in the world’s largest snowball fight, or Battle of the Dukes. On February 1, don your brightest 1980s-style snow suit and head to the Plains of Abraham to toss a few snowballs, dance to DJ tunes, and enjoy some animations. The goal is to surpass 6,000 participants in order to break the Guinness World Record. Registration costs $15 (which includes an Effigy on the day of the event).

2. The National Snowmobile Competition will take over South Shore on February 1-2, drawing around 200 racers and 5,000 thrill-seeking fans ($20 adults/$10 children, with a 50 percent discount for Effigy holders).

3. This year, the Carnival spread throughout the city, with the advent of Carnival Streets. Eight neighborhood strips will host a variety of festivities, from a floor-hockey tournament on St-Joseph Street to a giant slide and snow village at Cartier Avenue to street theatre on Faubourg St-Jean.

For accommodations, a number of hotels throughout Quebec City are offering special effigy packages from $159 during Carnival.

How to get there: Take Amtrak to Montreal, then transfer to VIA Rail Canada trains for Québec City. It takes approximately 14 hours, but the scenery is an arctic dream. Those seeking a more express route can fly. Continental flies non-stop from Newark in an hour and twenty minutes, or various airlines fly from LaGuardia and JFK (always with a stopover in Montreal or Toronto). From Jean-Lesage International Airport, a taxi is your best bet into downtown and should cost around $35. You can make your way around town riding the Ecolobus, which loops the city and runs on electricity. The funicular will give you an aerial view as you travel between the Upper and Lower towns. 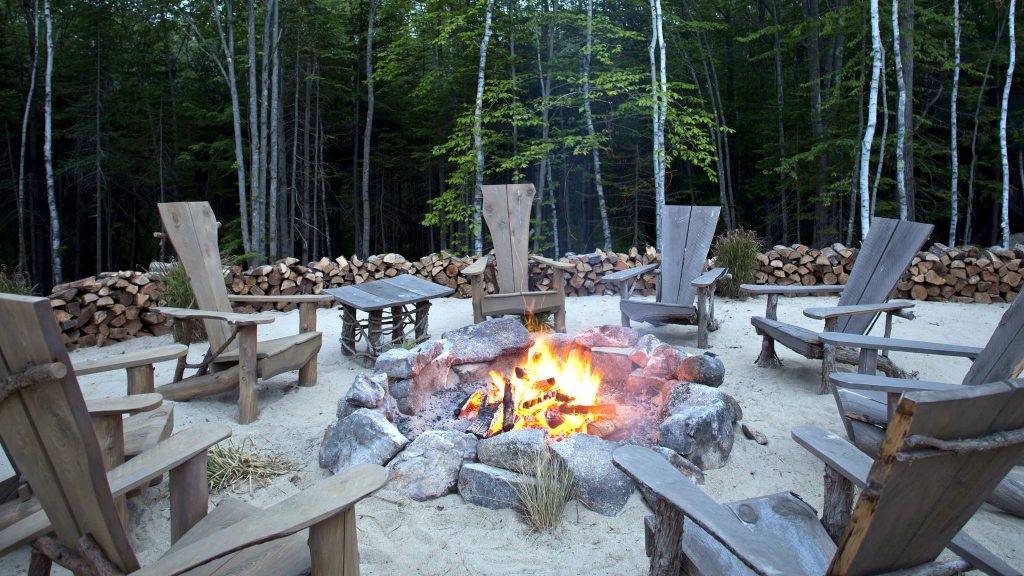