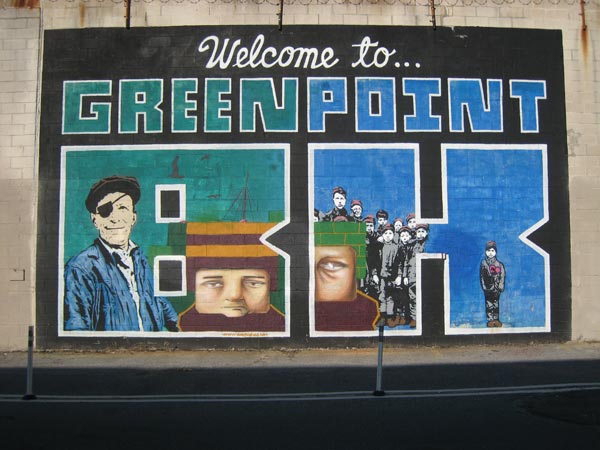 It is an overcast Sunday afternoon and Mike and I are heading out to Cypress Hills, Brooklyn to photograph some graffiti. When we get there, not many pedestrians have ventured out into the street. But the imprint of their weekday activity can be seen from the gated storefronts—linoleum and tile businesses, hardware shops, beverage and canned good distributors, and fried chicken and donut eateries. Cypress Hills is not a neighborhood that attracts many Sunday visitors. But for Mike, it is a hotspot for photographing the artwork of rookie and experienced graffiti writers.

Graffiti often seems inaccessible, appearing behind chain-link fences, deep inside subway tunnels, or just below the cornice of buildings on either side of a highway or elevated train tracks. The challenge of getting to a graffiti site can sometimes be as exciting as the artwork itself. And finding the writing of good graffiti artists can feel like a quest.

“Graffiti photographers,” Mike says, “are like hunters. They are trying to figure out where the artists went based on the clues that are left behind.” And similar to other quests, graffiti compels admirers to visit the sites. “If you like it,” Mike explains, “you have to see it. You want to grasp in person what and how the artists are doing it. And that is only possible when you see and feel the place where the graffiti was created.”

Photographing graffiti is as much a science as it is an instinct. You need to figure out the “where” and then the “when” before capturing each image successfully through the keen lens of your camera. Graffiti photographers like Mike spend a lot of time canvassing places that attract artists—neighborhoods with high concentrations of night life and young people, and industrial areas like Cypress Hills, which can be desolate on weekends. After deciding on a location, they have to become familiar with the daylight in the area, planning out each shot around the position of the sun, clouds and shadows.

Real graffiti photographers are very different from the silly French cameraman Thierry Guetta, depicted in Banksy’s “Exit Through the Gift Shop.” They become de facto curators, developing a catalog system for their photos. Mike himself has shot over 50,000 images in just over seven years, and when his collection grew, he had to organize his photos by artist and neighborhood to give them a focus.

The more you photograph graffiti and street art, the more you become aware of your surroundings. And just like the shadowy urban artists who have inspired hundreds of emulators, you will develop a second sight for grasping the agility, mystery, genius and sadness of New York through these artworks.

On this recent trip with Mike, I photographed different graffiti and street art sites in Long Island City, Greenpoint and Williamsburg. You can also complement this tour with two other trips we made to Bushwick and Manhattan in January. Together, they are one of the most comprehensive self-guided tours available online today.