Home U.S.A. Oklahoma Exploring the Heartland: The best things to do in Tulsa 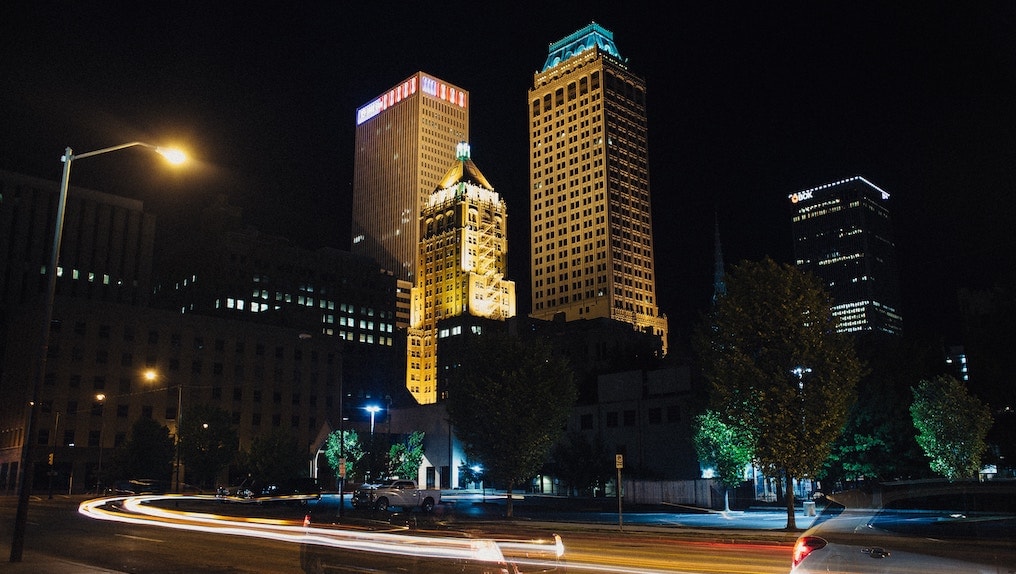 While the Tulsa of yesteryear may be famous for the oil industry, Route 66 and Americana, don’t be surprised if the Tulsa of 2018 has more in common with an Austin or an Asheville.

Tulsa is a city where live music, craft beer, artisanal dining, modern museums and citizen-minded government programs prevail. On top of that, “Tulsans” are every bit as friendly and approachable as one would imagine them to be.

A few weeks ago, I did not know what “Tulsa cuisine” would entail. After spending two and a half days with Tulsans, I am still not sure what their signature meals are because every night I dined out, I enjoyed different fare.

Chimera Cafe (212 North Main Street) looks like a coffee shop at first glance, but it has every sort of entree, side, dessert and beverage that you could anticipate for breakfast or lunch. Most distinct about Chimera is its vegan substitutes in typically meat-centric dishes (e.g. adzuki bean strips in lieu of bacon). Additionally, Chimera’s ingredients are sourced from locally-owned and operated farms in Oklahoma, reducing the overall carbon footprint of your meal.

Burn Co Barbeque claims to use 2,300 pounds of charcoal, 900 pounds of BBQ rub and 80 gallons of sauce each week. With 3 spots around Tulsa to its credit, Burn Co produces a limited amount of its menu each day and when it sells out, it’s sold out. A low-key barbeque spot that reminded me of New York’s Hill Country Barbecue Market, this location (1738 South Boston Avenue) had live acoustic blues going on during lunch. And if you’re still thirsty after a meal at Burn Co, then the wonderful American Solera Brewery tasting room is practically across the street.

Tulsa’s first food hall, Mother Road Market (1124 South Lewis Avenue), is comparable to New York’s Gotham West Market or Pennsy. Remarkably, Mother Road is operated as a non-profit, as developed by the Lobeck Taylor Family Foundation. It currently has over 20 restaurants and shops within the market, some of which regularly rotate as pop-up spots, and span all sorts of cuisines and levels of healthiness. I opted to try Andolini’s Sliced, which specializes in Neapolitan-style pizza and gelato. The pizza from this spot was surprisingly flavorful with fresh cheese and a soft crust.

Oren Restaurant (3509 South Peoria Avenue) is a gorgeous, restaurant known for being “locally sourced, regionally seasonal, globally influenced.” Owners Yara and Matt Amberg are former New Yorkers who left New York City for the sake of wanting children, a house and their own restaurant. I had the pleasure of experiencing Oren’s brunch menu, and I was especially impressed with both the Yuzu Kosho Green Curry (Poached Eggs, Jasmine Rice, Cilantro, Coconut Milk) and the French Toast (Brown Butter-Maple Syrup Espuma, Candied Pecans).

Unfortunately my limited time in town did not permit much patronage of Tulsa’s craft beer or cocktail scenes. But my favorite of the bars experienced was The Max Retropub (114 South Elgin Avenue), which was New York City’s Barcade, only with more of an 1980s themed. The Max, unfortunately, did not have any selections from Hanson Brothers Beer — the official brewing company of the rock band Hanson — on its menu.

Gathering Place is Tulsa’s newly-developed riverfront park. The George Kaiser Family Foundation itself contributed around $400 million to its building and development. It is full of walking trails, playgrounds, lawns, boathouse, sporting areas and all sorts of entertaining indoor activities. Spreading out over 100 acres, it truly has something for everyone, and I found it to be far more welcoming and user-friendly than Central Park.

While the city of Tulsa has a bike-share program, I was more intrigued by its Lime scooters. The Limes are dock-free electric scooters that you literally walk up to on a corner, use an app or code to book, and then ride away on. Public transportation is not currently a big deal in Tulsa — although Uber and Lyft are available — so Lime makes for an interesting and active means of getting around town.

Earlier this year, it was announced that the BMX Bicycle Association was moving its U.S. headquarters to Tulsa as part of a 30-year agreement. This looks likely to tie in with the building of an indoor arena, which could be used as part of Olympic trials in 2020. But at the very least, Tulsa does have Tulsa Tough, a 3-day cycling festival held each year in June

The Arts in Tulsa

Tulsa is full of live music venues, keeping the city full of pop, country, punk, hip-hop, jazz, theater and just about any genre you can think of. Among the spots to look up when you are in town are Cain’s Ballroom (423 North Main Street), the Brady Theater (105 W M.B. Brady St,), the Tulsa Performing Arts Center (110 East 2nd Street), the BOK Arena (200 South Denver Avenue West), The Vanguard (222 North Main Street), and the IDL Ballroom (230 East 1st Street).

It is also full of non-music art spaces, as evidenced by the First Friday crawl it hosts every month. The December 2018 edition included free entry into displays at the Philbrook Downtown, Ahha Tulsa, 108 Contemporary and the Henry Zarrow Center For Arts & Education.

Somewhere between a music venue and an art space is the excellent Woody Guthrie Center (102 E Mathew B. Brady Street), which not only houses collections and exhibits related to Guthrie, but also Phil Ochs and a limited-time John Cougar Mellencamp exhibit.

The city of Tulsa is also where a lot of pending arts-related projects are headed to, as likely tied in with the “Vision 2025” an initiative from 2003 launched to revitalize Tulsa as a whole. The Bob Dylan Archives are currently being developed. The OKPOP museum, celebrating various facets of Oklahoma-related pop culture, is being built for a 2021 launch; it is set to include Leon Russell’s archives, as curated by film and television producer Dub Cornett. The house shown in the seminal 1980s movie The Outsiders, as owned by Outsiders fanatic (and House Of Pain rapper) Danny O’Connor, is being restored into a museum. All the while, Tulsa natives Hanson are likely to run another edition of their Hop Jam Beer & Music Festival.

As noted, a lot of great developments for the city of Tulsa are still in the planning stage. In turn, I am hoping to return Tulsa soon to see those things in-person, in addition to checking out a Tulsa Drillers — a Los Angeles Dodgers affiliate team — game ONEOK Field in Tulsa’s Greenwood district.

In addition to the picks mentioned above, I also recommend checking out:

– Spinster Records (11 E Mathew B. Brady Street) – A vinyl record store with a lounge-y upstairs that is full of great deals on used records.

– The Center Of The Universe (1 South Boston Avenue) – A mysterious spot where visitors stand on a circle and noises they make are echoed back much louder…and only the person standing on the circle can hear that echo.

– Dilly Diner (402 East 2nd Street) – After a few hours at the Max Retropub, I decided to end my first evening in town with some pie. Fast, delicious and inexpensive.

-Tulsa has many great street murals, including those for Black Wall Street (as found in the Greenwood district) and for “The Outsiders” by Tree & Leaf. Expect to see more murals in the coming years, thanks to the arts-friendly attitude of Tulsa’s government.

More information on Tulsa, Oklahoma and its latest developments can be found online at www.visittulsa.com. 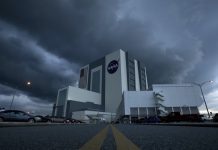 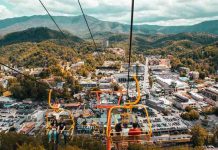 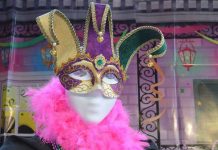 6 Must-See Attractions on Your First Visit to New Orleans