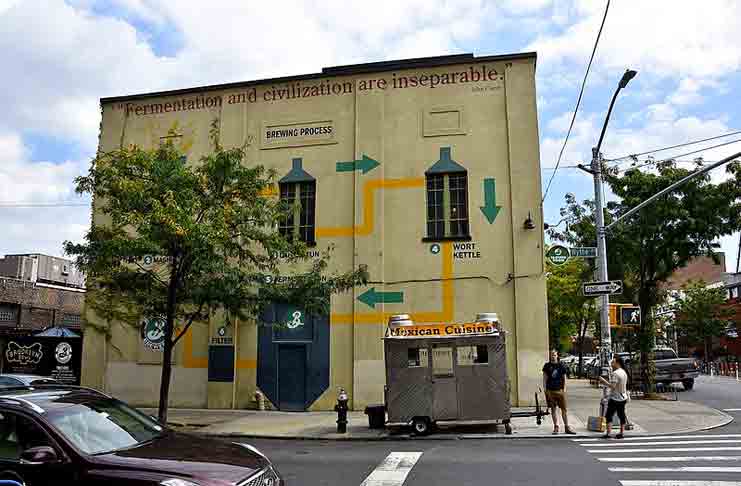 At first, I took the train from Westchester to the Bedford Avenue stop to see for myself that a wind-generated environmentally friendly brewery did exist in Brooklyn. What I saw and tasted has brought me back repeatedly.

T.G.I.F. every Friday from 6-11 p.m., the Brooklyn Brewery hosts its weekly Happy Hour for a devoted fan base of students, workers, beer aficionados, and friends looking for a place to gather and drink some good brew. The brewery is situated in Williamsburg on a mid-block in an unassuming ivy colored, yellow-brick warehouse. Inside you will find music playing, conversation lingering, and—naturally—beer drinking. 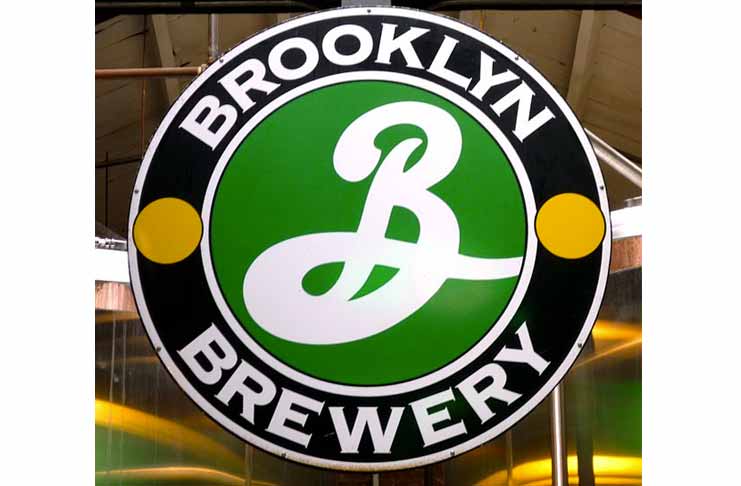 The atmosphere is laid back and relaxed, complete with picnic tables, benches, and folding chairs. With prices starting at an absurdly low $3 a beer, eight beers on tap, including some seasonal brews and special reserve ales, patrons will have the opportunity to taste all the beers offered at the brewery.

Tours of the brewhouse are given every Saturday on the hour from 12-5pm. No reservations are required. Count on a concise history of the brewery while you enjoy different (and delicious!) types of beers.

If you prefer to listen to this post instead of reading it through – click the clip below:

5 facts about the Brooklyn Brewery:

1. The Brooklyn Brewery is the first successful commercial brewery in New York City since Schaefer & Rheingold and is among America’s top 40 breweries.

2. Mayor Rudy Giuliani cut the ribbon and poured the official first glasses of the first beer, Brooklyn Weisse, to open the new Brooklyn Brewery’s doors on May 28, 1996.

4. The brewery is powered by 100% wind-generated electricity. In fact, The Brooklyn Brewery was the very first company in New York City in 2003 to make the switch.

5. Brooklyn Brewery’s label was designed by the same man, Milton Glaser, who designed the “I Love New York” motto.

How to get there: By subway; Take any Uptown/Downtown line to 14th Street, change to the L train for Brooklyn, exit first stop in Brooklyn, Bedford Avenue, (stay at rear of train), walk from North 7th Street to North 11th Street, turn left (towards the water) and walk a block and a half to the brewery. (Brooklyn Brewery, #1 Brewers Row, 79 North 11th Street, Brooklyn, NY, 718.486.7422, brooklynbrewery.com).

For more drinking in Brooklyn, follow our guide to the borough’s best breweries and distilleries.