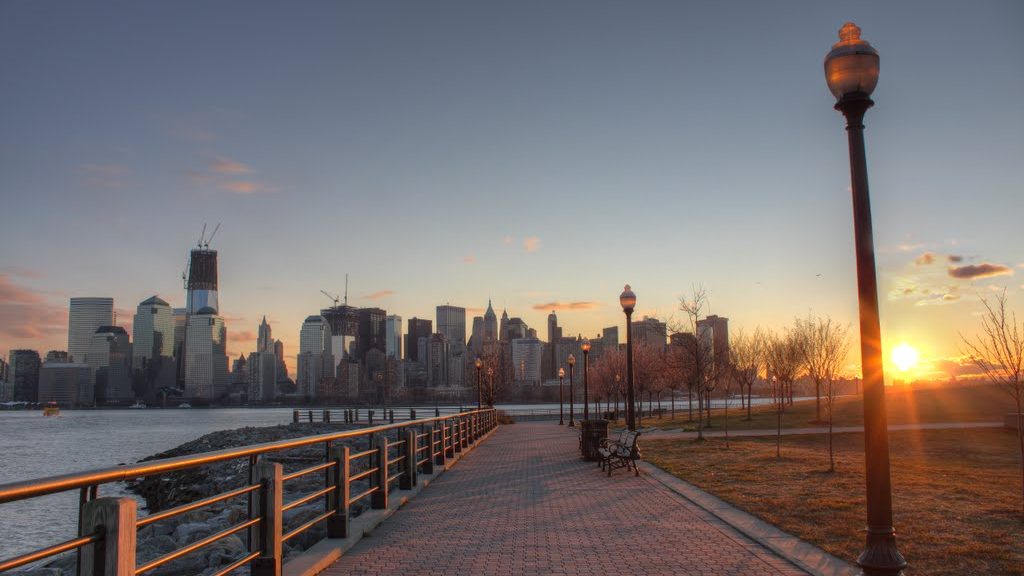 It was one of the last warm weekend days of the year. We had plans to travel to the northern most point of Long Island, taste regional wines, learn about the harvest. But instead of rallying and getting out early, we dilly dallied. Brunch, a run, and the BBC took up those precious morning hours so that by 2:00 o’clock, we were just leaving the house. Our pace quickened and the question was on our minds: could we still salvage the day?

Liberty State Park was the new destination. On a mile of the New Jersey waterfront, the historic stretch of land is within close proximity to Ellis Island, the Statue of Liberty, and the Central Railroad of New Jersey, the terminal where my grandparents arrived during World War II. For the second time that day, our agenda would change. Partly due to the spontaneous actions of two people without a map, and partly because we had nothing to lose by getting lost, none of the next seven hours went according to any plan.

The PATH train at Christopher Street took us to Hoboken in less than ten minutes, where we transferred to the Light Rail heading north to Liberty State Park. Another ten minutes later, on a whim, Vince and I decided to step off the train (one ticket buys you 90 minutes of travel time) and plunge into the crowds at the Jersey City Irish Festival just next to the train stop. For 30 minutes, we were immersed in the color green, surrounded by freckled-faces, Shepherd’s Pies, and pints of Guinness.

Another 30 minutes later, we were walking through a field. When downtown appeared in the distance, the silence and scenery created a vast window of space to keep our adventurous spirits intact. As we passed under a bridge, a giant dome-shaped building stood before us. We didn’t hesitate to make our way inside just for a peek at the newly reopened Liberty Science Center.

Poisonous frogs, giant fish, bearded dragons. It is a scientist’s fantasy world, full of wild life and well-engineered hands-on exhibits. Less than a mile from the Hudson, you’ll split your time between snapping shots of the Manhattan skyline, an extraordinary IMAX movie on Roving Mars, a “Walk the Steel” installation on the construction of skyscrapers (harnesses required) and a period of open-mouthed reflection at the enormity of a fish and the eww factor of cockroaches – even when they’re behind a giant glass wall. It is fantastic.

Take a hike on your way to dinner, through the gardens or on the road that leads you 15 minutes away from the science center towards the water and the Liberty House Restaurant. You’ll be heading in the direction of a little secret slice of heaven.

Vince and I sat outside on a comfortable chaise in front of a fire pit, sipping drinks, our eyes helplessly fixed ahead at the sprawling lawn and the staggering view of downtown New York City behind it. Wall Street seemed reachable by a Barry Bond’s home run hit or a well-skipped stone. A few children played a game of chess on a life-size board a few feet away. The jazz trio behind us started up the base line when our calamari arrived, as if on cue, and soon after, the city began to twinkle on the horizon. In Liberty State Park we were removed from the noises and the brightness of buildings and streetlights. On this side we could hear the river lapping, see stars. The restaurant’s clinking glasses and conversation faded to the background. The peacefulness and majestic view was ours alone, if only for one night.

We left a couple hours later on the Water Taxi (painted blue and yellow with a Liberty Science Center logo) docked around the corner from the restaurant. The $5 ride lasted only ten minutes or less and once we were dropped off at the World Financial Center, it took five minutes to reach the nearest subway and another five to get home. Home, it had seemed like days since we’d been back in Manhattan, although it was never out of our sight for more than an hour.

How to get there: To Liberty Science Center, take the PATH train (catch it from Manhattan at Christopher St., Fulton St., 14th St., or 33rd St., check Port Authority web site for more locations) to either Pavonia/Newport, or Exchange Place Station and transfer to the Hudson-Bergen Light Rail. From there, take the Light Rail to the Liberty State Park Station exit. (Liberty Science Center, Liberty State Park, 222 Jersey City Blvd., 201.200.1000, lsc.org)

The quickest (and most exhilarating) way to get to Liberty House Restaurant: From the World Financial Center – where Vesey Street meets the Hudson River – take the Liberty Water Taxi, which docks adjacent to the restaurant’s south patio and runs every half hour. Per person cost: $5 (Liberty Water Taxi, 201.985.8000) 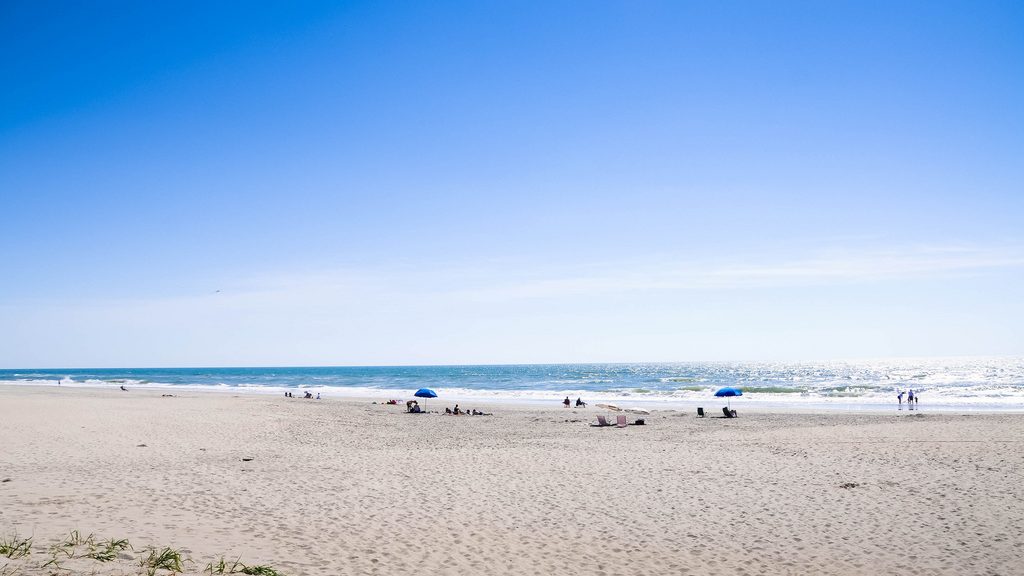 5 Great Beach Getaways for the Summer