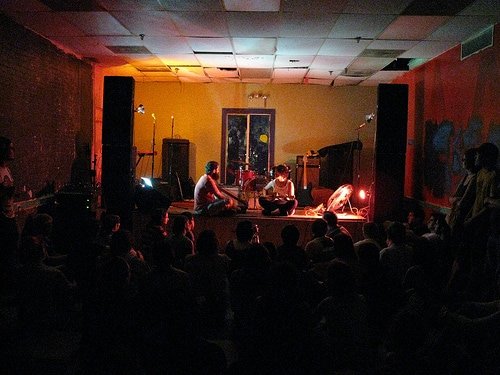 The landscape of live music in New York City is continually changing. Performances in peoples’ homes date back as far as music itself. The spirit of that kind of more personal venue is now an integral part of the New York scene. People are taking unexpected spaces in off the beaten path locations and turning them into venues that are as significant to independent music as the bars on the Lower East Side. Over the summer, I fell for this new kind of venue after going to three of these music hideaways.

Monster Island Basement | 112 River St, Brooklyn | toddpnyc.com
I had never heard of this place the night I went to see a band I love called El Jezel. These DIY venues can be hard to recognize, often without any signs or flyers of any kind, keeping you questioning if you’re about to crash some event you’re not supposed to be at. Sometimes you know you’re there when you see people smoking near an open door in a big old factory building like this one.

Heading down to the basement, there’s a makeshift bar near some couches on the right that opens into a small warehouse room, where a band is playing in the far corner. This night’s event was put together with the help of Todd P., who is the Bill Graham to the Brooklyn DIY scene. I got there early to see the bands I knew, but ended up watching them all—and the crowd didn’t dwindle one bit either.

There’s no guidelines for how to enjoy a venue like this. You arrive, you grab a drink, and you wait in an adjoining room while another band finishes. This night, bands who don’t know each other become friends. Audience members take it all in. For a few hours, a musical community converges, cares, and enjoys. And more importantly, all the music is really rockin’.

Glasslands | 289 Kent Ave, Brooklyn | glasslands.com
A friend of a friend was performing with his band, Thee Oh Sees, at Glasslands. A short walk from Monster Island Basement, I had to Sharpie a fake hand stamp to get into the sold out show. The place was packed, reaching temperatures and humidity levels higher than the worst day of summer. But it couldn’t have been more exhilarating. After a decade of attending shows in NYC where the audience is a little too well behaved and unresponsive, the Glasslands’ crowd ate up everything Thee Oh Sees were laying down, bumping around into a near mosh as devotees sang along to every word.

The setup of Glasslands strikes the balance between DIY space and normal bar. The main factor is that they have an actual bar with a variety of drink options as opposed to the more typical DIY setup—a bucket of beers on ice joined by a bottle or two of hard stuff for a shot or a whiskey coke. Places like Glasslands are turning every night of the week into an amazing underground music party in Brooklyn. So much so, that Sonic Youth’s Thurston Moore will be bringing one of his projects there in the near future.

Right around the corner from Glasslands, Death By Audio is known as one of the most important venues in the world of DIY. And it is within these walls where a company produces the aurally extreme guitar effects-pedals used by the likes of Trent Reznor and A Place To Bury Strangers. Another non-descript door leads to a friendly person taking a cover charge. Proceed down an unfinished hallway to an unassuming room that has seen the likes of local breakouts like Vivian Girls, Ninja Sonik, and Marnie Stern.

I headed down to see Two Tears and The Bleeding Bombshells rock the hell out of an amped up room. A doorway at the back of the live area leads to the living room of Death By Audio where you can chat on beat up couches, check out merch tables, or just buy more beer. Death By Audio was an early and integral part of the development of this DIY landscape. Through constant booking of great up and comers, DBA became a clear favorite for experiencing something new.

All this talk of DIY and near speak-easy styled venues may leave some thinking this is an insider, underground, hipsters-only club.  That is undeniably part of the vibe at first glance but couldn’t be more contrary to the spirit of what these places are trying to do. Death By Audio’s booking contact gmail address is “Entertainment4Every1″—and that’s exactly what this is. These places are more concerned with putting on good shows than making a profit. They’re not in it to get rich. They’re in it to stay open. They’re in it for the music. Next up this fall, I’m looking forward to shows at The Market Hotel and Fort Useless in Bushwick.

How to get there: All these venues are a short walk west from the Bedford Avenue stop on the L Train. 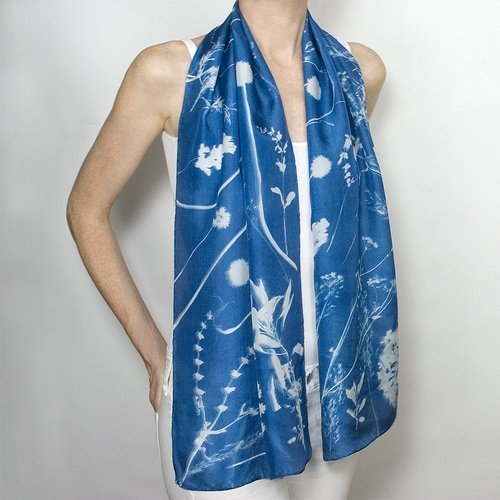