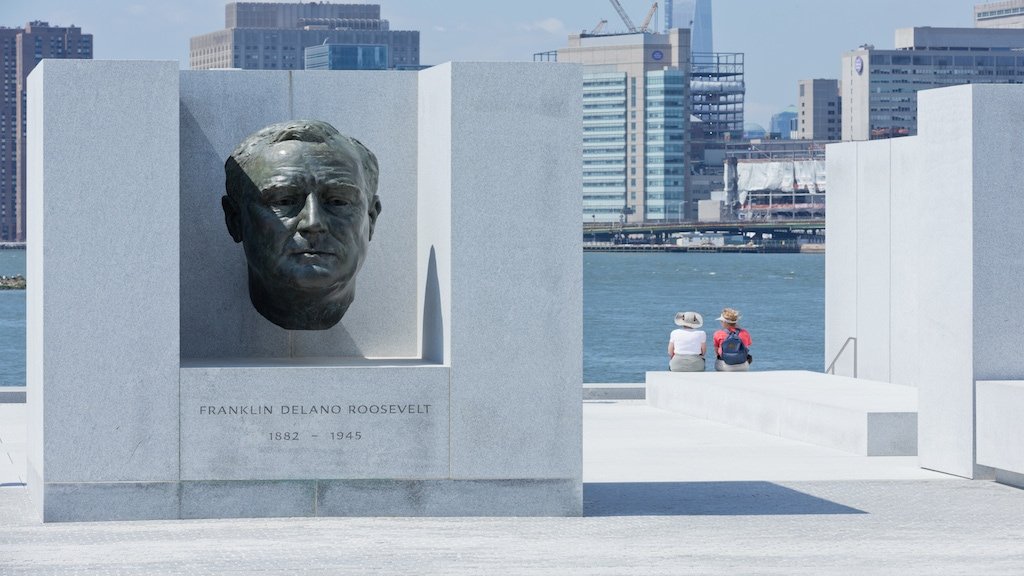 Many U.S. Presidents continue to leave their mark on the Big Apple in one way or another. On this President’s Day, follow in their footsteps by visiting still standing buildings and visual reminders commemorating their historic links.  You can even don your period attire and head to Washington’s Birthday Ball. Walk your normal commuter route with new eyes, learning which locations are connected to U.S. presidents and what backstories they have to teach. 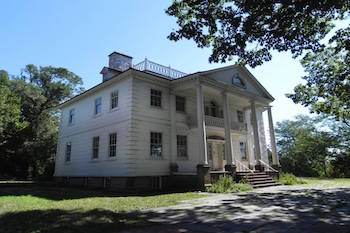 The father of our country has strong connections to the city, from commanding troops during the American Revolutionary War to being sworn in here as the first president of the U.S.

Though Washington’s Continental Army was not successful in battles within New York City – British forces maintained control until the war was over – you can still see where Washington made some major decisions. Start in Washington Heights at the Morris-Jumel Mansion, which was used by Washington and his officers as a headquarters during the autumn of 1776.

Head downtown to learn more about his post-war life. In what’s now the Financial District, Washington said goodbye to his officers inside Fraunces Tavern on December 4, 1783.

Moving toward Wall Street, Washington would take the oath of office on the second-floor balcony of National Federal Hall on his Inauguration Day on April 30, 1789. The original Federal Hall was torn down in 1812, after the government moved to Washington, D.C., and what’s there nowadays is a Greek revival style building that was finished three decades later.

After his inauguration, Washington went to church services at St. Paul’s Chapel, a chapel of the parish of Trinity Church. Additionally, it’s the site of one of the earliest paintings of the Great Seal of the United States. 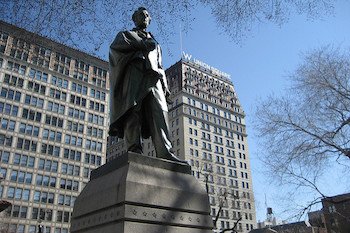 For a tour de Lincoln, start at The Cooper Union where his appearance and speech in February 27, 1860 put this unknown presidential candidate in the spotlight. Within the Great Hall, Lincoln delivered an address that has been credited as helping him gain major political support within New York and around the country. Since that time, other presidents have spoken at the Great Hall before getting elected or once in office: Ulysses S. Grant, Grover Cleveland, William Howard Taft, Theodore Roosevelt Woodrow Wilson, Bill Clinton and Barack Obama. There are no public tours of the Great Hall, but The Cooper Union holds free public programs within this space.

While Lincoln got his start in New York City, his end also marked New York City’s streets. Following his assassination, Lincoln’s body was brought on a funeral procession in New York City and laid in state at City Hall in April 24, 1865. Tours of City Hall are offered on weekdays.

Among the crowds of people watching the funeral procession that day is said to be a 6-year-old Teddy Roosevelt, looking on from his grandparents’ home near Union Square. In Union Square Park, find a status of Lincoln near the park’s north end. Other ways to see Lincoln include statues Grand Army Plaza and Prospect Plaza, both in Brooklyn. 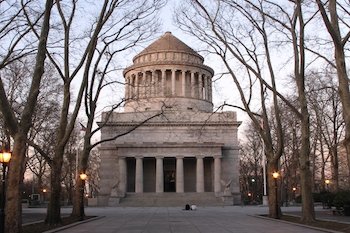 Ever heard of the line: “Who’s buried in Grant’s Tomb?” Well, it’s actually both President Ulysses S. Grant and his wife, Julia, but they’re actually entombed in a mausoleum in Morningside Heights. At this national memorial in Riverside Park, the president and Civil War general was laid to final rest at the General Grant National Memorial during a dedication ceremony on April 27, 1897. Inside the memorial, find mosaics telling more about Grant’s military career with scenes depicting his service in the Civil War Battles of Vicksburg and Chattanooga and his involvement in Confederate General Robert E. Lee’s surrender at Appomattox Court House. The site also includes a visitor’s center and an exhibit gallery featuring major events in Grant’s life. 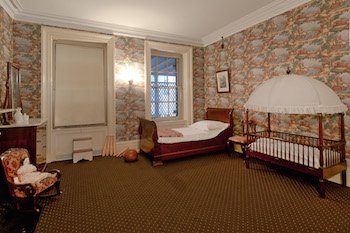 Our 26th President is a NYC native, so learn more about this exuberant leader by a visit to his boyhood home. Actually, it’s a replica of the townhouse he grew up in. The original building was torn down in 1916, but three years after Roosevelt’s death, a women’s association had the home rebuilt. Now part of the National Park Service, and known officially as the Theodore Roosevelt Birthplace National Historic Site, visitors can see different levels of, and an introductory film within, the historically furnished home near Gramercy Park.

Another location connected to Teddy’s youth is in the Bronx. Wave Hill, now a public garden and cultural center, was where Teddy and his family rented this once country property during the summers of 1870 and 1871. Apparently, this place helped to install within a pre-teen Teddy his love for nature and the outdoors. 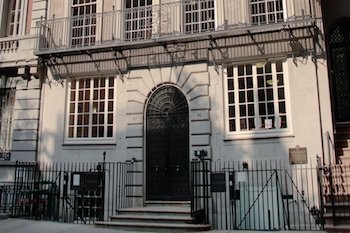 A fifth cousin once removed to Teddy, Franklin Delano Roosevelt also has his place within New York City. On the Upper East Side, the Roosevelt House Public Policy Institute at Hunter College is a double townhouse that was given to FDR and Eleanor by Franklin’s mother, Sara Delano Roosevelt. Franklin and Eleanor and their two young children, Anna and James, lived the brownstone No. 49, while Sara settled into the No. 47 residence. This co-living space would be where FDR began his political career (his resume also lists New York State Senator and later Governor of New York before becoming president) and got back on track after losing his ability to walk due to polio in 1921.

The Roosevelts were very sociable with their neighbor, Hunter College. When the double home was put up for sale in 1941, a nonprofit consortium connected to the college agreed to buy it; Eleanor attended its re-opening as a Hunter building in November 1943. Today, the public can see the Roosevelts’ former home via guided tours; advance reservations recommended.

On Roosevelt Island, the Franklin D. Roosevelt Four Freedoms Park was built as a memorial based on late president’s January 6, 1941 “State of the Union” address that’s also known as his “Four Freedoms” speech. The park contains a granite fixture chiseled with these noted quotes. It also includes a signature-sized bust of FDR and overall carries a naval theme that is connected to FDR’s love for the sea (he was also once assistant secretary of the navy). The park has seating areas and great waterside views. 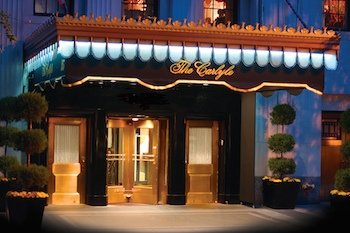 Massachusetts may be associated with the Kennedy family, but JFK had digs in Manhattan. During the Kennedy administration, the president had a suite within The Carlyle, a lux Upper East Side hotel known as the “New York White House” (rumor has it that Kennedy used the hotel’s underground tunnel system to get in and out). During his presidential campaign, NYC was a major stomping ground. In October of 1960, Kennedy went on a whirlwind tour of the city’s boroughs, appearing at rallies from Harlem down to Washington Square. Almost two years after his death, a bust of JFK was unveiled at Grand Army Plaza, with a ceremony including Robert F. Kennedy. 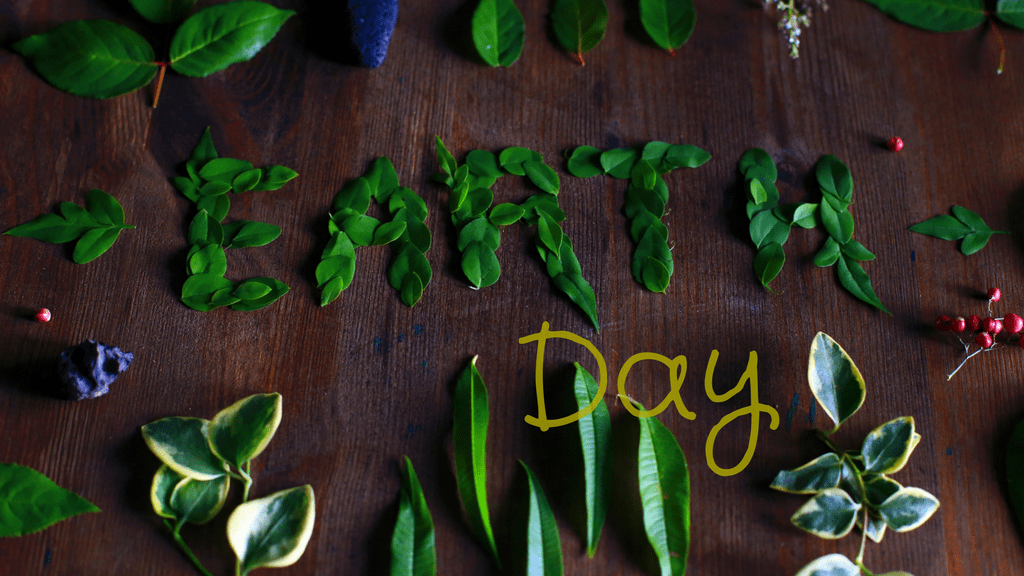