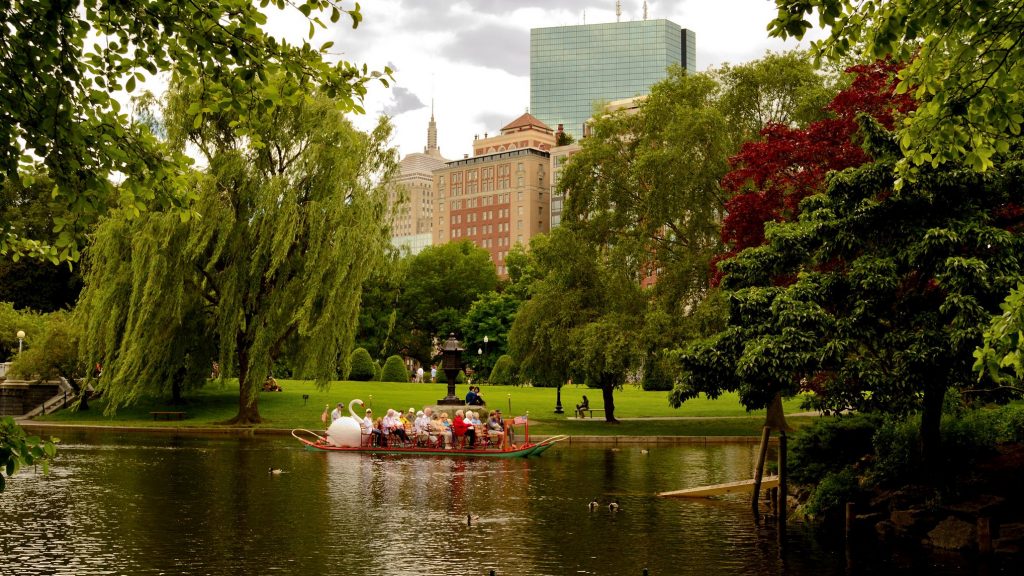 Five minutes in a bustling café in downtown Boston is enough to make any writer put down their pen in frustration, but for those who know where to look the city can become a soothing sanctuary.

Here are four spots to help any business traveler or general seeker of peace on their quest for concentration. 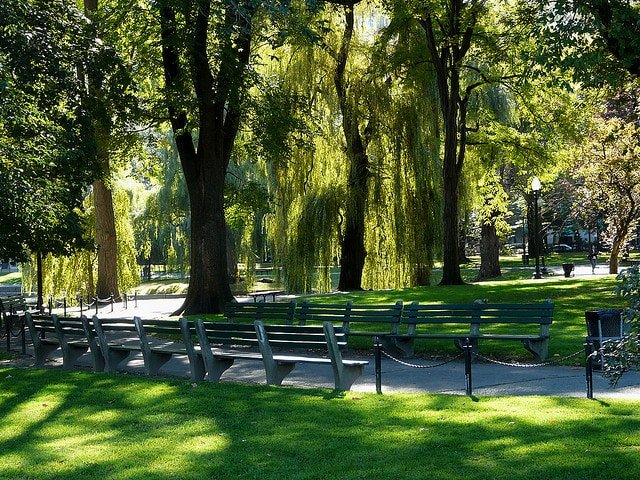 Public Garden
Why: Adjacent to Boston Common, the Public Garden is a swatch of green in the heart of the city with the title of oldest botanical garden in the nation. Weeping willows, elms and flowerbeds line the paths and pond and help to dampen the noise of the city. There are plenty of benches and grassy spots where you can take a seat and get to work.
Nearby attractions: Swan Boats, Boston Common
Nearby eateries: The intersection of Charles and Chestnut streets offers many good options.
Wifi: No
How to get there: Take the green or red line on the T to Arlington Station or Park Street Station, respectively.

Boston Public Library – McKim Building
Why: It is hard to believe the McKim building is part of a public library. Vaulted ceilings and high arched windows give the Bates Hall reading room a grand feel that can’t be matched anywhere else in the library. If you’re in an outdoor mood, the Renaissance-style courtyard has a few tables and chairs around a bronze-cast fountain. The rest of the McKim building is worth a walk through as well—especially the entrance stairway.
Nearby attractions: Boston Common, Public Garden
Nearby eateries: The Map Room Café
Wifi: Yes
How to get there: Take the green line on the T to Copley Station. 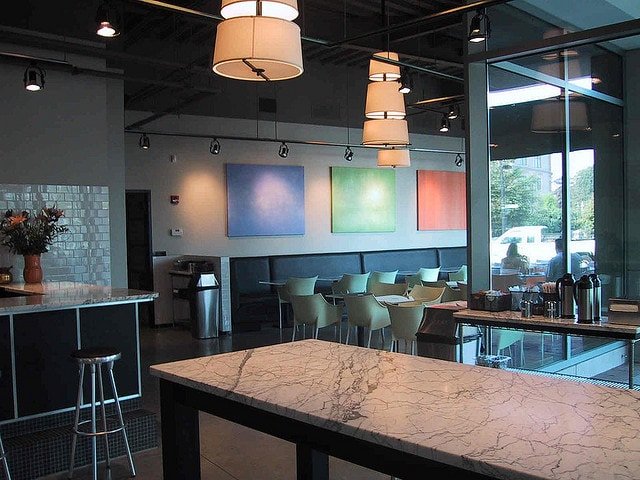 Downtown Charlestown
Why: Though it has its rough spots, the historic Charlestown in northern Boston has plenty of cafés and restaurants for travelers to choose from, most of which operate at a relaxed pace compared to their counterparts in the more southern zones of the city. The local, indie-feeling Zume’s Coffee House and modern Sorelle Bakery and Café both have caffeine and snacks to help you with your latest project, while the nearby Warren Tavern, which claims to be Massachusett’s oldest tavern after opening its doors in 1780, is open early enough to get in plenty of productive hours before the bar crowds arrive.

Nearby attractions: Bunker Hill Monument, USS Constitution
Nearby eateries: Warren Tavern, Sullivan’s, Zumes, Sorelle
Wifi: Yes
How to get there: Take the orange line on the T to Community College. 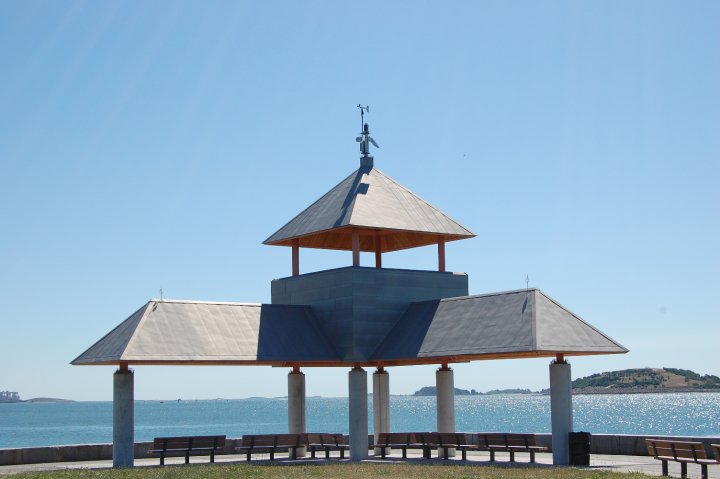 Castle Island
Why: Getting to Castle Island involves a mile walk from the nearest public transportation station, but the distance also means few visitors to a destination that really is worth the hike. Fort Independence, which dates back to the 1800s, blocks off most of the island and creates large stretches of secluded shoreline where the crash of waves is the only sound.
Nearby attractions: Fort Independence, Old Harbor
Nearby eateries: Sullivan’s
Wifi: No
How to get there: Take the #9 bus to East Broadway at Farragut Road.

For recommendations on where to sleep, read our weekend getaway guide to Boston.

Catch Them If You Can: 8 Museum Exhibits in NYC and...