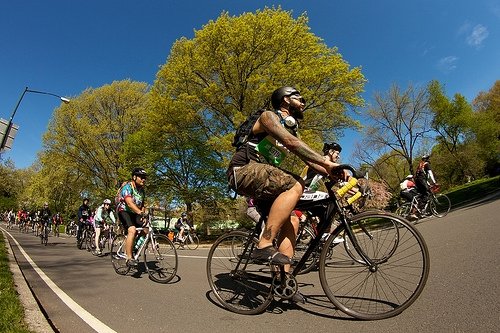 This past Sunday, the TD Bank Five Boro Bike Tour got underway at 8a.m. in lower Manhattan with approximately 32,000 helmeted and enthusiastic bikers heading out for a 42-mile adventure. The weather was perfect, the route was cleared of automobile traffic, and the organizers arranged for ample refreshments and rest stops (i.e., toilets) at regular intervals.

Cruising along on otherwise traffic-congested city streets is a rare treat for a lifelong New Yorker. Potholes, sewer depressions, and spine-jolting ridges seemed only mildly inconvenient when biking slowly in a herd of enthusiastic cyclists. While the crowds along this bike route were tiny and only mildly supportive compared to those one might encounter during the annual NYC Marathon, there were a few small bands playing their hearts out, some fabulous singing groups, and even an occasional car parked alongside the route with its doors wide open and radio blaring. The positive energy was everywhere, flowering trees lined the miles of roadway, and everyone appeared happily engaged in a four-hour celebration of spring in NYC.

Unfortunately, not every aspect of the ride was a pleasure. The huge crowds at the start resulted in the riders at the back of the pack not moving for an hour after the 8a.m. start time. Because of the procedures for determining who starts where in the line-up (first arrivals are placed in the beginning while later arrivals are lined up behind), there is a mix of riders that made for serious negative consequences during the day. Aggressive (and generally unskilled) teenage riders wearing baggy shorts and running shoes lined up with experienced suited-up riders with high-end bikes and clip-in shoes. The crush of people for the first ten miles rarely allowed the pack to ride at anything more than a few miles per hour…unless you were one of those aggressive riders (of any age) who viewed the event as more of a competition than a casual tour of the five boroughs. Far too often in areas where there were virtually no more than a few feet between riders, some individuals would try to squeeze themselves in and ahead of others.

On an ongoing basis, this participant observed riders speeding up for brief spurts only to have to brake hard to avoid collisions with slower riders in the crowded pack. The results of the aggressive riding were frequently disastrous, leading to at least four witnessed accidents where multiple riders hit the pavement. In one instance when the group’s overall speed had increased to nearly ten miles per hour, a rider flew over his handlebars with his bike soaring right behind him. At least five other riders went down with him. Three other incidents took place where course marshals were steering riders around an accident that had occurred in the prior few minutes. If one can witness this many accidents in a small pocket of riders, how many others were occurring along the miles of riders? This is unacceptable.

Consult this article’s sidebar for some suggestions for next year’s event. Organizers must provide clear safety guidelines for all participants; simply telling people to wear helmets is not enough.

Despite the occasionally unnerving encounters with irresponsible or unskilled riders, the joy of riding on a car-free FDR Drive, the BQE, and the Verrazano Narrows Bridge on a beautiful spring day made the overall experience memorable. There is nothing quite like it in New York City—or anywhere else in the world for that matter. 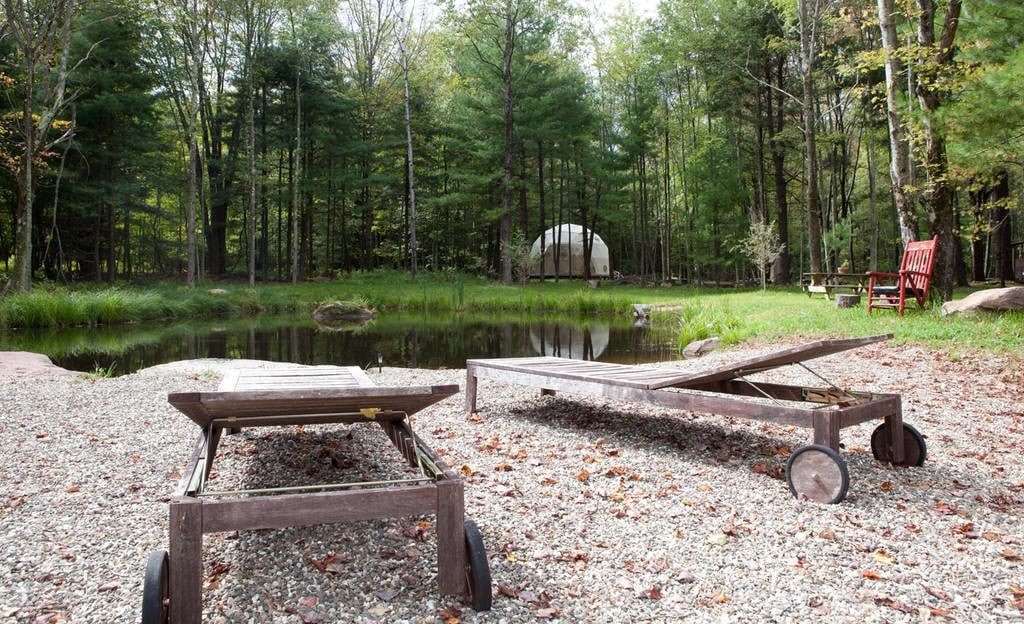