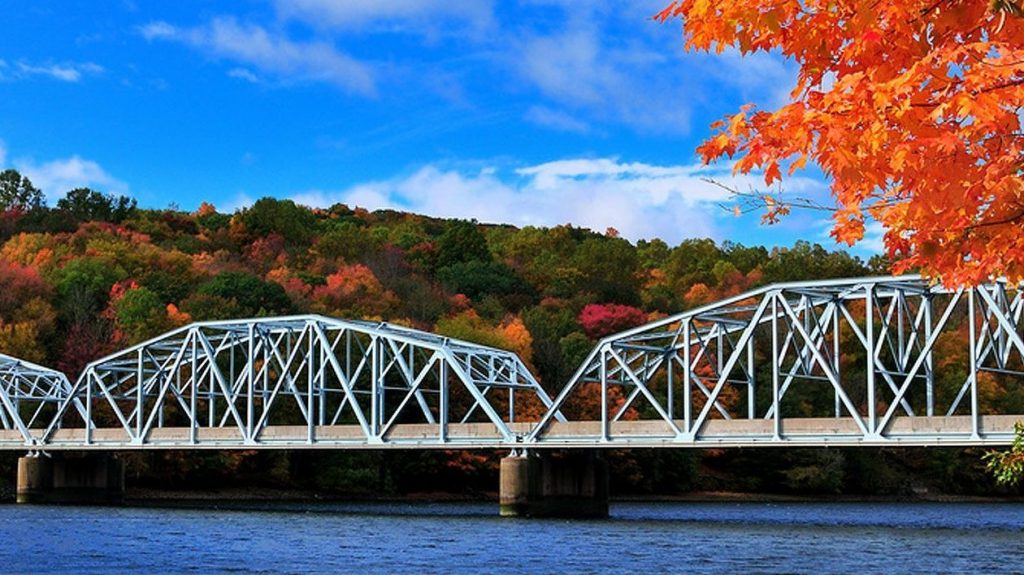 I moved to Manhattan to fulfill a dream, drawn from my Midwestern home to the infectious energy of the big city. I immediately fell in love with everything New York, from my Upper East Side apartment to the myriad of museums and parks to the yellow taxi cabs zooming treacherously fast through mobs of pedestrians. It’s easy to forget that a world exists outside of these paved streets and soaring buildings.

In time, of course, the glamour has started to wear off and the gritty edges are poking through. The subways are jam-packed leaving little room to breathe. It can take an hour to go three miles. And somehow, every time I am late to work, I get trapped behind slow-walking tourists in midtown. (I’m convinced they’re conspiring against me.)

After about a month of not leaving the island, I jumped at the chance to meet up with some friends who live in Putnam County, just north of Westchester. Of course, on the day of, I grabbed a bagel at Starbucks, so conveniently adjacent to my apartment, and cursed the fact that I had such a long trip ahead of me.

My frustration only got worse on the excruciatingly slow-moving bus to Grand Central Station, but once I was inside the terminal that familiar giddiness took over. I could live in Manhattan for years and still marvel at the beauty of that historic station.


I hopped on the Metro-North Railroad and bought a ticket from the conductor (who, might I add, was wearing the full get-up, conductor’s hat and all—I had to smile at the authenticity. I leaned my head against the window and closed my eyes, grateful for some solitude and a seat to myself.

I opened my eyes periodically, watching the landscape change—the Bronx and its lofty, uniform buildings and countless basketball courts; Westchester County and its small train track-filled towns. After a little over an hour, I heard my stop called—Brewster.

By then, it was getting late. I stepped off the train, threw my bag over my shoulder, and looked around. It was alarming at first to see how dark everything was; a blanket of trees enveloped the quiet, rustic train station, and there was hardly a person in sight.

My friends picked me up, and we walked down a quiet, tree-lined street (I swear, I actually saw a white picket fence). I squealed in delight after seeing a sign noting the population of just over 2,000. After sitting in my friend’s backyard, marveling over the dense trees (and even denser mosquito population), we got in his car and headed to his favorite local bar.

We passed a bunch of brick-exposed pubs on our way across the state border into Brookfield, Connecticut to a place called Down the Hatch Restaurant. Its big interior looked like an old farmhouse, and a striped tent was attached to the back where there was more seating. We were instantly drawn to the multi-layered outdoor decks filled with umbrella-covered tables leading down to Candlewood Lake, one of the largest man-made lakes in the U.S. and a popular getaway for New Yorkers. The casual rustic feel of the space, absent of any shred of trendiness, was a refreshing break from Manhattan bars.

We grabbed our beers, found a table, and sat back and relaxed. As a cool breeze drifted off the water, it was hard to believe that the stiff air and commotion of Manhattan was just an hour away. I glanced upward, and realized that I was catching my first glimpse of a star in over a month. The Big Apple never sleeps, and it certainly never turns its lights off long enough for stargazing.

I took the train back home the next day, and experienced that familiar culture shock of leaving the suburbs for Manhattan. But I found I could breathe a bit more easily amongst the congestion. Sometimes all you need is a few hours of fresh air and a starry night to clear your head.


How to get there: A getaway to Putnam County, New York: The Metro-North Harlem line leaves from Grand Central Station or E. 125th St., and runs about every hour. An off-peak round trip ticket is $20.

Candlewood Lake: Hop on the Metro-North Harlem Line to Brewster, NY which leaves you about ten miles from New Fairfield, a Connecticut town on the state border that contains more than half of the lake.