Beer is having its moment in the limelight. Peeking out unpretentiously from behind the shadow of its sophisticated cousin, wine, beer has a low-key, approachable nature that makes it easy to plunge in without apprehension—no snooty sommelier to make you feel ignorant.

The intense flavor profiles of today’s craft beers are not those of your father’s innocuous Budweiser, and will appeal to a wide variety of palates. This spring, you can learn to brew it, pair it with food or spend an entire beer-themed weekend learning to better appreciate it. Here are our eight favorite beer events in NYC and beyond.

Celebrating 25 Years of Brooklyn Beer
Where: The Brooklyn Brewery, 79 North 11 St., Williamsburg
When: March 20, 6-8 p.m.
Why: Have a schluck of  Silver Anniversary Lager, enjoy live music, and Blue Ribbon’s famous Bone Marrow & Oxtail Marmalade Sliders. The event is free to attend with RSVP.
How to get there: L train to Bedford Avenue, walk to North 11th Street, turn left and walk a block and a half to the brewery.

TAP New York Craft Beer and Fine Food Festival
Where: Hunter Mountain, NY.
When: April 27-28
Why: You won’t go hungry as you enjoy a brewski in the gorgeous Catskill Mountains. This is a beer and food festival that presents an array of beer-friendly eats to go with your frosty mug. The theme for this year is comfort food, so expect a full line-up of top Chefs demonstrating their finest take on homespun recipes. Craft brewers from the span of the Empire State will show you why beer lovers love New York. Tickets cost $64 for Saturday, $52 for Sunday, and you can purchase in advance or at the door. If you come for both days, the rate is $105.
How to get there: Urban Sherpa has a day trip bus package with pick ups at several NYC locations, for $95, which includes your Tap Pass. A designated driver ticket is $20.


Beer 101 at the Tria Fermentation School
Where: 1601 Walnut Street, 6th floor, Philadelphia, PA.
Why: At the Tria Fermentation School, enhance your knowledge of beer, wine and cheese while you eat and drink the syllabus. Beer 101 is an introductory class taught by Tria owner and beer enthusiast Jon Myerow. For $50, you will taste and discuss a variety of beers, while you munch on some delectable cheeses and learn just how well beer and cheese pair.
How to get there: See oM’s Philadelphia Travel guide. The Tria Fermentation School is easy to reach from 30th Street Station. Take SEPTA one-stop to Penn Center Suburban Station and walk four blocks from JFK Blvd. and 16th Street to 16th and Walnut.

The Atlantic City Beer Festival, the Celebration of the Suds
Where: Atlantic City Convention Center
When: April 5-6
Why: Join the brotherhood of brew at this packed event, attended by 17,000 beer-lovers last year. Expect 75 Brewers and Breweries from around the world to be offering tastes of their nectars. Add food, lectures and live music to the “brew” all for $45 with advanced purchase, $50 at the door.
How to get there: Consult oM’s Atlantic City travel guide. The car-free way means you and your mates won’t need a designated driver.

Philly Beer Week
Where: Events to be held all over this beer-crazed town
When: May 31 – June 9
Why: Beer enthusiasts know that Philadelphia has been crafting beer in colonial taverns since before our forefathers penned the Declaration of Independence. Philly is known not only for the high quality of its beer, but for the sheer number of diverse styles that are produced here. Get the Philly Beer Week iphone app for this 10-day drinking and eating jamboree—which includes events like a stout brunch, a Monastic Beer class, and a four-course 18th century meal inspired by the Ales of the Revolution to be paired with beer—that celebrates both local and foreign beers. The hundreds of scheduled happenings range from brewery tours, beer-infused dinners, pub-crawls and round table discussions. There are 150-plus venues around town, so it’s a great way to introduce yourself to the local bars, taverns and beer-centric restaurants.
How to get there: See oM’s Philadelphia Travel guide

American Craft Beer Fest
Where: Seaport World Trade Center, 200 Seaport Blvd., Boston, MA.
When: May 31 & June 1
Why: This boisterous celebration features over 100 American brewers and 400 craft beers under one roof. The first session is on Friday, June 3 at 6 pm, and there is an afternoon and an evening session on Saturday. The $45 entry fee gets you two ounce tastings of as many of the beers as you like. A fest guide and compostable tasting cup is also included.  Book early, as the ACBF sells out quickly. If you decide to stay the night, the Seaport Hotel Boston is the obvious choice (it’s across the street from the Seaport World Trade Center). It is eco and pet friendly, so your furry family members are welcome.
How to get there: See oM’s Boston Transportation Guide. Once you’re in Boston, the Seaport World Trade Center is a short walk from South Station.

The Malted Barley Appreciation Society Monthly Meeting
Where: Mug’s Ale House, 125 Bedford Ave., Williamsburg, Brooklyn
When: The 2nd Wednesday of the month at 7:30p.m.
Why: This home brewing and beer appreciation club’s monthly meet-up features guest speakers from breweries around the world. They welcome anyone who is interested in learning more about beer. They have sponsored several homebrew competitions, and they are a congenial group that will make everyone from hard-core beer geeks to novices feel at home.
How to get there: L train to Bedford Avenue

Homebrew your own beer
Where: The Brewer’s Apprentice, 865 Route 33 West, Freehold, NJ.
When: Any day but Tuesday and Thursday
Why: Learn to brew-it-yourself with the help of the expert staff at this Central Jersey haven for home-brewers. At the fundamental level, beer is made from a mixture of four core ingredients: water, malted cereal grain, hops and fermented yeast. The fun part is choosing how to put these key pieces together (sometimes adding additional flavorings, like herbs or coffee) to interact and form the foamy final beverage. Choose from over 200 possible recipes, ranging in price from $190-$300, depending on your choice of brew. You return two to three weeks later to bottle your six cases, adding the cost of the bottles, $42, to your bill. Your biggest problem may be lugging the beer back to the city, but one taste and you’ll know it’s worth it.
How to get there: NJ Transit Bus from Port Authority to Freehold. The Brewer’s Apprentice is about a mile away, and a taxi will have you there in minutes. Try Express Taxi (732.409.0254) or Leon’s Taxi (732.431.9091). 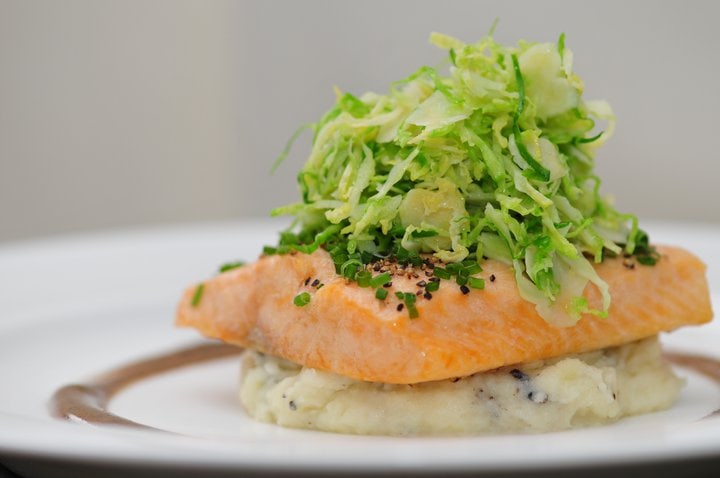