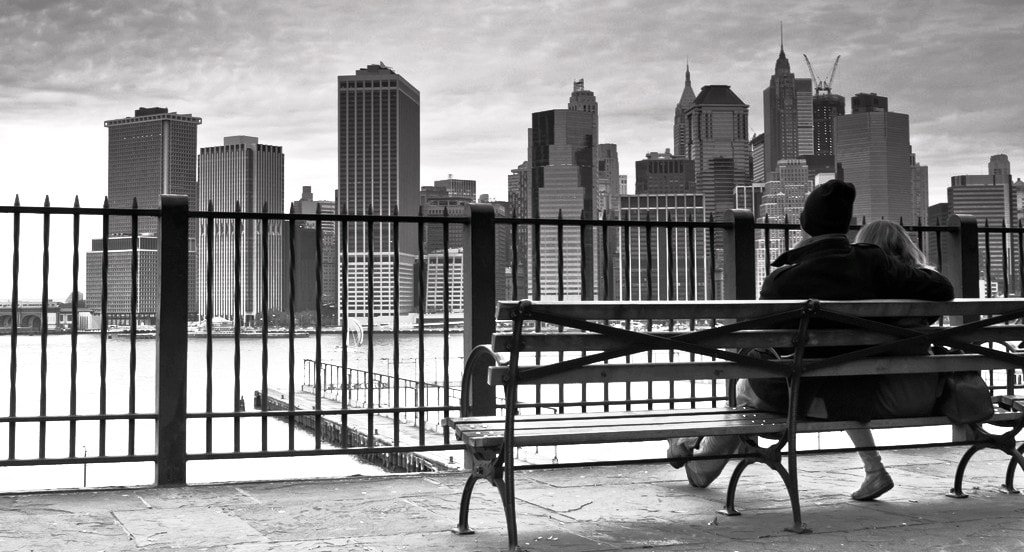 I too lived—Brooklyn, of ample hills, was mine;
I too walk’d the streets of Manhattan Island, and bathed in the waters around it;
I too felt the curious abrupt questionings stir within me,
In the day, among crowds of people, sometimes they came upon me,
In my walks home late at night, or as I lay in my bed, they came upon me.

So writes Walt Whitman in Crossing Brooklyn Ferry, his poetic account of a trip across the East River. In addition to Whitman, many other scribblers call Brooklyn “home,” from comedy writer Simon Rich to fiction tour de force Jonathan Safran Foer. It’s only natural, then, that Brooklyn be teeming with literary points of interest. Here are ten of our favorites.

2. 175 Carlton Avenue | Fort Greene
Richard Wright lived in this brownstone while he wrote Native Son, his epic novel about an African American grappling with the harsh racial climate in Chicago during the 1930s.

3. 662 Driggs Avenue | Williamsburg
Tropic of Cancer author Henry Miller lived in this modest brick walk-up in the Fillmore Place Historic District from 1892-1901, when he was just a boy.

4. Brooklyn College | Midwood
This CUNY senior college is the alma mater of authors Daniel Keyes (Flowers for Algernon) and Frank McCourt (Angela’s Ashes), and is where Allen Ginsberg taught creative writing and Beat Generation courses as a Distinguished Professor.

7. 70 Willow Street | Brooklyn Heights
Truman Capote lived in this lavish five-story Brooklyn Heights townhouse while he wrote “Breakfast At Tiffanys” and “A House on the Heights.”

8. 31 Grace Court | Brooklyn Heights
Arthur Miller lived in this Brooklyn Heights house when he completed Death of a Salesman in the late 40s. Later, he sold it to W.E.B. Du Bois, the civil rights activist and intellectual leader.

9. Brooklyn Public Library | Prospect Heights
While this may seem like an obvious choice, what’s not so apparent is the myriad of literary-inspired animals on the 40-foot bronze entry doors. See if you can spot Edgar Allan Poe’s raven, Paul Bunyan’s Babe the blue ox, and Jack London’s White Fang.

10. The Emerson | Clinton Hill
You’ve no doubt worked up a thirst by now, so stop into The Emerson bar for a poetry-themed cocktail like the Emerson or the Sir Walter Scott.