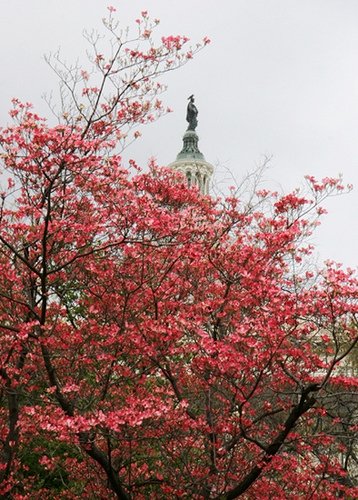 Why: Usher in spring with a visit to the nation’s pink and white blooming capital. The cherry blossom festival runs for two event-packed weeks, with daily cultural performances, a kite festival, a fireworks show, cruises in the Potomac and of course, the parade. Other attractions include the country’s largest Japanese street festival on April 12, featuring Japanese art, vendors, cuisine, martial arts demonstrations and live performances of traditional and popular Japanese culture. For more information and a list of events, check out nationalcherryblossomfestival.org.

Cost: Seeing the cherry blossoms is free, as are most of the events. Though you can watch the parade from the streets at no cost, seats in the Parade Grandstand run $15, but your ticket stub will garner you free admission to Madame Tussauds Washington, D.C.

How to get there: Amtrak has a number of lines that will get you to Washington, D.C.’s Union Square station from New York Penn Station in about three hours. Check amtrak.com for a list of schedules and fares. Once there, D.C.’s Metro will get you to all National Cherry Blossom Festival events. The Smithsonian Metrorail Station (blue and orange lines) is the most popular during the Festival, but if you’re looking to avoid the crowds, give yourself ten extra minutes to walk around D.C. and use the L’Enfant Plaza Station exit at 7th Street & Maryland Avenue (blue, yellow and green lines). If you’re looking for a place to stay or other things to do while in town, the festival website has a guide to help you.