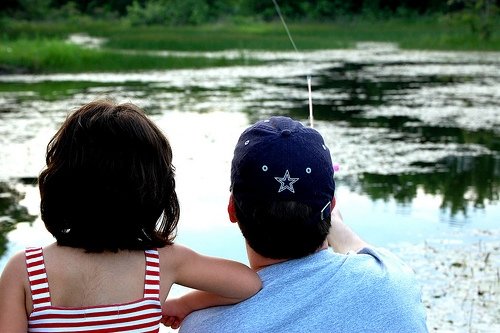 These eight Father’s Day events across all five boroughs of New York City put a twist on the traditional Dad’s Day festivities, including a lesson in home-brewing, fishing in Flushing, and a 19th century baseball game.

Head over to Governors Island this Saturday, June 19, to get the Father’s Day fiesta started a little early at the 4th Annual New York Brewfest. The event is a celebration of craft beer, showcasing samplings from over 100 breweries across the country and the world. Tickets can be purchased at any Heartland Brewery location in the city, or online at nybrewfest.com. General admission is $55, and includes unlimited beer samples and a commemorative 4oz glass.
How to get there: Governors Island is accessible via water taxi from Pier 11 in Lower Manhattan.

Although the event is family-friendly, what screams Father’s Day more than beer and BBQ? Spacecraft, a cool crafty space in Williamsburg, is hosting a Father’s Day Weekend Beer-B-Que where dads can learn the art of home-brewing while sampling the homemade Spacecraft Summer Ale. Burgers and other BBQ dishes will be available for sale. The event will be held on both Saturday, June 20, and Sunday, June 21, from 12-6pm. Tickets are $75 per couple or family.
How to get there: Spacecraft. Take the J/M/Z train to Marcy Ave Station.

Get outdoors for Father’s Day Fishing at Kissena Park in Flushing, Queens. Equipment is provided, but come early because the event is first-come-first-served.
How to get there: Take the 7 train or the LIRR to Flushing. It is a bit of a distance between the train stop and Kissena Park but not unwalkable. However, if you’d like to reserve your energy for the fishing, hop on the bus.

A host of restaurants across all five boroughs affiliated with OpenTable are offering special Father’s Day meals on Sunday, June 20, including steak prix-fixes and “bottomless beer.” Visit OpenTable.com for restaurant listings and reservations.

For the Whole Family

At Bartow-Pell Mansion Museum in the Bronx, partake in some old-school baseball—and we mean old school. On Saturday, from 12-12:30, the museum is staging “Take Me Out to the Ballgame: 1864” a “base ball match” using authentic 1864 rules and replica balls, bats, and uniforms. Afterwards, kids are invited to participate in a game of rounders alongside the players of the New York Mutuals. Adult tickets are $15 and children’s tickets (ages 6-17) are $5, and admission includes free museum tours and entry into a raffle for the game ball.
How to get there: Bartow-Pell Mansion Museum. Take the 6 train to Pelham Bay Park, and transfer to the Westchester Bee-Line Bus, #45. The bus will take you directly from the subway station to the museum.

Or, if you’d prefer to enjoy America’s favorite pastime on a somewhat bigger scale, go root for your favorite borough at the Brooklyn Cyclones and Staten Island Yankees game Sunday at Coney Island. Dads will have the chance to live out their baseball dreams as part of the Father’s Day Catch program in the outfield of KeySpan park. Also, the first 2,500 visitors to arrive at the game will receive a free Cyclones bucket hat.
How to get there: KeySpan Park. Take the D/F/N/Q train to Coney Island – Stillwell Avenue.

The Brooklyn Hip-Hop festival falls on Father’s Day this year, so the event is family themed. Local community organizations like Brooklyn Bodega sponsor live music, arts and crafts, and even a workshop that teaches any young DJs-in-training how to work a turntable. The festival is free, and will be held in DUMBO’s Empire-Fulton Ferry Park, Sunday, June 20 from 12-8pm.
How to get there: Empire-Fulton Ferry State Park. F train to York Street.

At Clove Lake Park’s Chubby Hubby Silly Fun Run, children can enter their fathers in a “Daddy’s Day Pie Eating Contest,” or have them join in for a potato-sack or three-legged wheelbarrow race. Admission is free.
How to get there: Clove Lake Park. Staten Island Ferry over from Lower Manhattan to Staten Island. From the ferry, take the S62 bus to the park entrance at the intersection of Victory Boulevard and Clove Road. 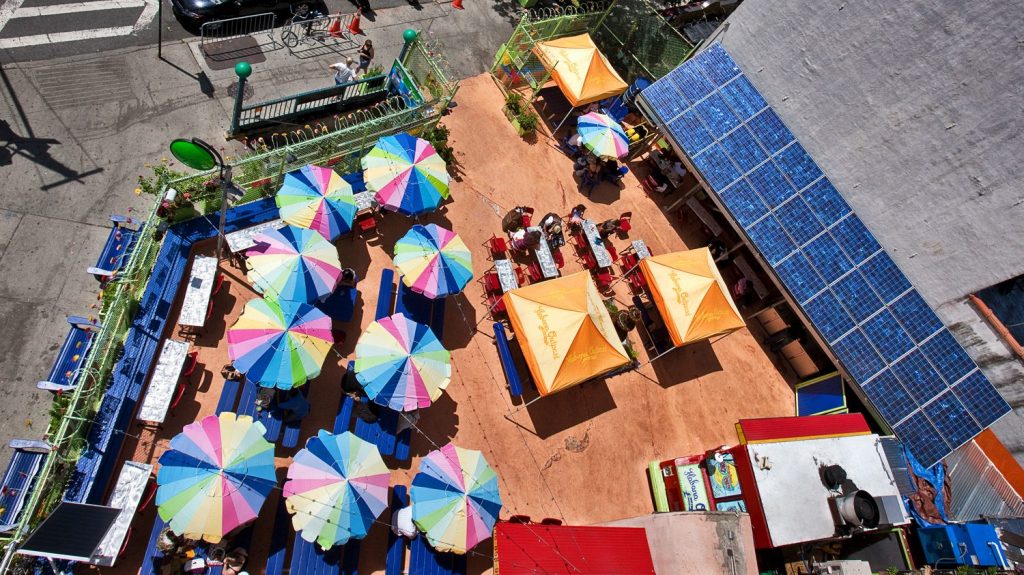 The Coolest “Green” Fiesta You’ve Ever Been To