Home Brooklyn Where to Play Tennis in NYC 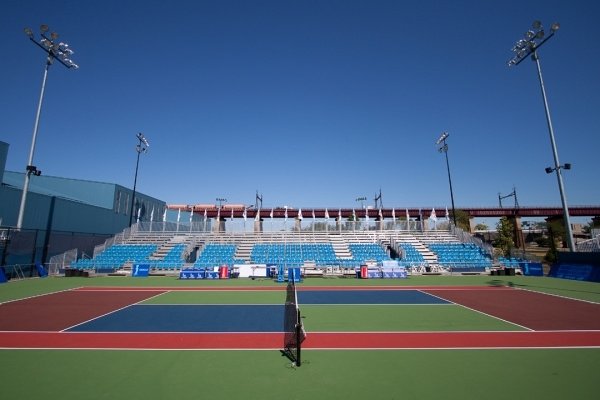 If watching the U.S. Open motivated you to break out those underused rackets, then have a stretch, grab your equipment, and hit the courts. In addition to the eight bustling courts in Manhattan, there are several fine tennis spots throughout the other boroughs of NYC, all easily accessible and affordable—with only a few NYC Department of Parks & Recreation rules to follow. Here’s our list of top places to play tennis in NYC.

Sportime at Randall’s Island | Randall’s Island Park | 212.427.6150
The Sportime tennis facility on Randall’s Island, where Mark McEnroe is the general manager, is a tennis player’s dream come true, with 160,000 square feet of tennis courts, including five indoor hard courts and 10 indoor clay courts. The center is the largest tennis facility in NYC, and offers a variety of tennis programs, from adult and junior instructional to competitive to recreational lessons. Take the M35 bus at 125th Street, and call 212.427.6150 for shuttle pickup, $10.

Fort Greene Park | Dekalb and South Portland Avenues | 718.722.3218
This small and historic Fort Greene Park houses six outdoor courts. A great location to make a day of your tennis work out, cool down with a leisurely stroll around the neighborhood and an iced coffee at any one of the cute cafés on Dekalb Avenue

Orchard Beach | Orchard Beach Road | 718.885.3442
Orchard Beach, a pleasant sandy beach a quick subway and bus ride out of Manhattan, has four courts that open in early April. A full-season permit is $200, a single-play ticket is $15.

While not a NYC Parks court, we thought it worth mentioning that the world’s largest public tennis facility is in our backyard. Pretend you’re a star playing in the U.S. Open in Flushing’s Billie Jean King National Tennis Center. Book an indoor court starting at $32/hour or an outdoor court at $36/hour.

New York City’s public tennis courts require a permit to play. Considering the nice long length of the tennis season (weather permitting, the season begins in early April and extends through mid November) and the convenience that accompanies access to countless courts in all five boroughs, the seasonal rate of $100 for an adult permit ($15/day) starts to sound like a decent deal. For single play, permits allow for one hour of tennis each day, in any borough. First time permits can be purchased in person or by mail. For more information, visit the NYC Department of Parks & Recreation online.

Keep in mind, that for those who crave the clay only once in a while during the season, the Parks Department offers Single Play passes valid for $15 per ticket.

Places to play tennis in NYC

View Where To Play Tennis In NYC in a larger map 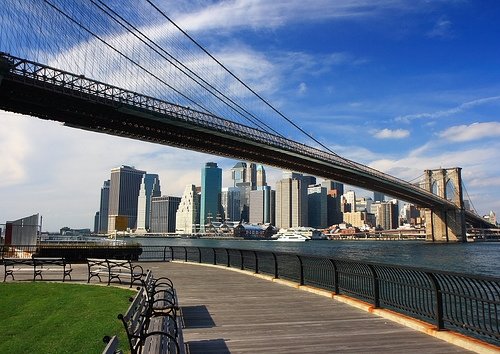