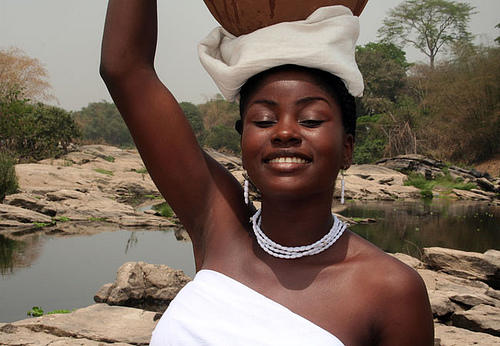 
Where: Brooklyn Academy of Music (BAM)

Why: For the past seven years, BAMcinématek has partnered with the African Diaspora Film Festival (ADFF) to bring the best moving images to its viewing auditoriums in downtown Brooklyn. (Although BAM launched its own indoor film festival last year—BAMcinemaFest—ADFF hasn’t felt like it got the shaft.) Instead, this marks the eighth year that the annual festival will take a six-day residency at the neighborhood institution devoted to the Diaspora of ideas and identities.

The 18 films culled from the more than 100 films screened at the 17th annual ADFF festival held last fall, “is a balance of diversity throughout the Diaspora and the genre in a condensed version. It is an opportunity to celebrate black history with a global mindset,” said Diarah N’daw Spech, founder of the ADFF and co-director of the BAMcinématek festival.

Friday night extends with a wide range of film styles: the musical documentary, “Made in Jamaica”, the fiction tale, “Nothing but the Truth,” and a Nigerian directed allegory, “Arugba.” Weekend films of note followed by Q&A sessions include “Pro Black Sheep” and Sunday’s program “Identity Stories.” Not to be missed are the two documentaries peering into the Afro-Latina perspective with the “Cultures of Resistance” program, featuring “With A Stroke of the Chaveta” about a Cuban cigar tradition and “Solidarity in Saya: An Afro-Bolivian Music Movement.”

After the weekend, tales of exploration and journey continue when a Rastafari finds commonality across three continents in “Journey of a Lion” and a rare look at the lives of nine twenty-something Egyptians in “Stolen Kisses”, directed by Khaled El Hagar.

Whether you sit before a screen that transports you to Cuba, Jamaica or Africa, “You will see connections from the African ancestry that we all share,” said Spech.

How to get there: Take the 2, 3, 4, 5 to Atlantic Avenue or the D,M,N,R to Pacific Street. For a full list of screenings and events visit bam.org. To purchase ADFF films visit africandiasporadvd.com