Home Weekend Getaways Adventure Top Things to Do in Denver 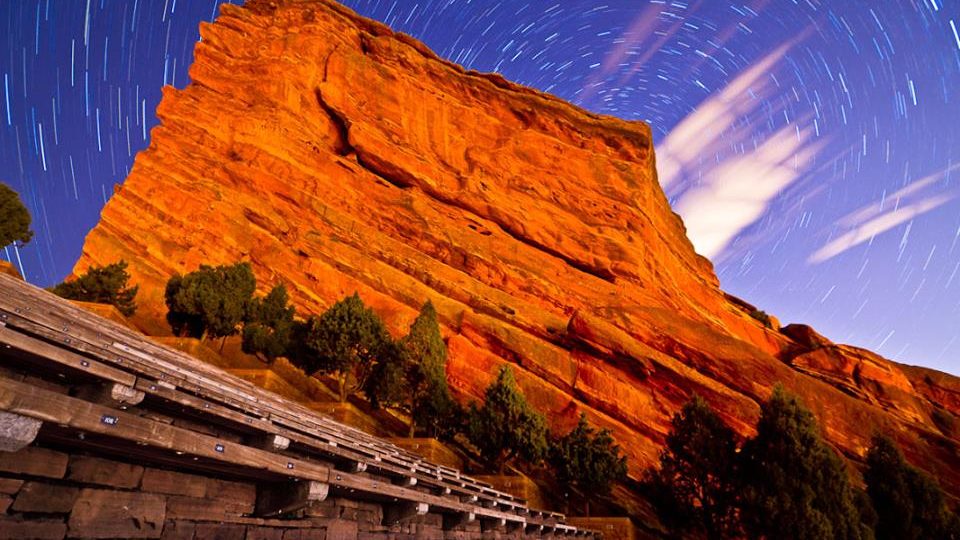 The pioneer spirit of the West is alive and well in Denver. Tattooed hipsters flock to Colorado’s capital for the very reason their cowboy-hatted great-grandparents once did: there’s a sense that change is possible.

Innovation is everywhere, from its groundbreaking bike share program to its rapidly expanding public transportation network to the leading-edge legalization of marijuana. Despite Denver’s multitude of urban delights, no visit to the Mile High City is complete without exploring the glorious nature at its doorstep. Denver’s privileged geographical position, at the foothills of the Rockies, is manna for bikers, hikers and lovers of the great outdoors. 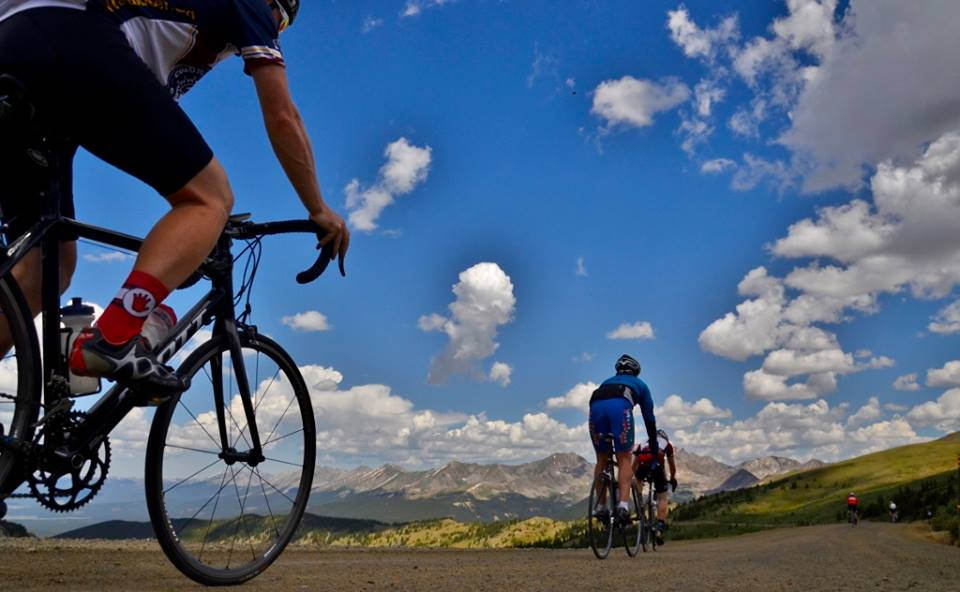 Decades of persistent efforts by local cycling enthusiasts have made Denver one of the most bike-friendly cities in America. B-cycle was the first large-scale municipal bike share system in the nation and remains the gold standard.  Once you’ve got your two wheels you’ll have no lack of choices, as Denver is crisscrossed by more than 850 miles of designated bike paths and lanes. Motorists and cyclists have each carved out their own space and peacefully co-exist. You’ll blend in like a local when you hop on one of hundreds of shiny red bikes available at B-cycle’s kiosks scattered throughout town.

An easygoing spin is the flat 12-mile stretch along the scenic South Platte River in the Cherry Creek neighborhood.  It’s a favorite with families and Sunday cyclists.

Head out of town on the Clear Creek Bike Path, a moderate 20-mile paved route that will take you to Golden, Colorado. Meander its Western-style Main Street, rent a kayak and paddle the course that runs through town or head to Coors Brewery for a liquid pick-me-up.

A short drive to the Royal Gorge is worth it and make sure to try Royal Gorge white water rafting while you are there. Bike Denver can help you map your dream ride as well as connect to the local cycling community.

Grab a B-cycle and pedal to the following attractions. 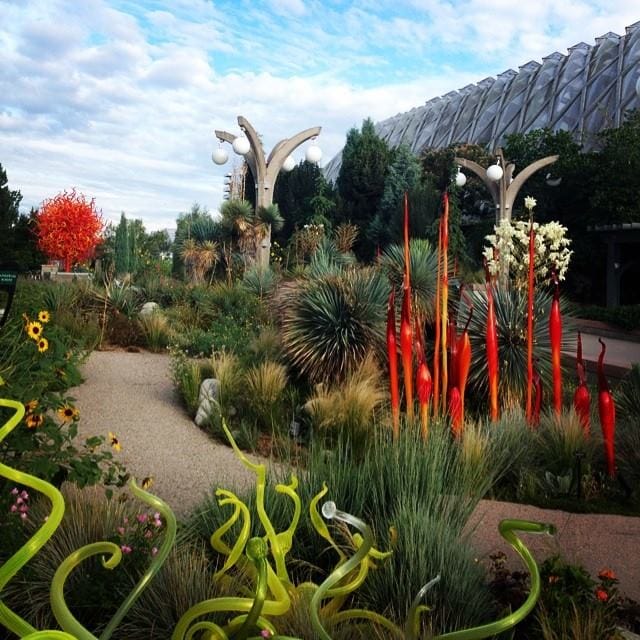 The Denver Botanic Gardens present a honeycomb of paths that lead to eye-candy floral landscapes. Rich in plants from the Rocky Mountain region, you won’t want to miss the spectacular rock garden or the Laura Smith Porter Plains Garden, graced with native grasses and wildflowers. If you’re interested in energy-reducing green roofs, the one here is particularly pleasing. It was installed in 2007 and showcases drought-tolerant plants that flourish in this region’s semi-arid climate.

The Denver Art Museum displays a vast and eclectic collection. Be prepared to glimpse dazzling Rocky Mountain views from the windows, which may momentarily steal your attention away from the art. Native American, Asian, pre-Columbian and Rocky Mountain collections are all strong.

If architecture is on your mind, the Brown Palace is one of America’s finest Grande Dame hotels.  Built in 1892, the nine-story atrium lobby is topped with a remarkable Tiffany stained glass ceiling. Stop in for a look and stay for the refined afternoon tea.

Rent a Vespa-like scooter and ride 15 miles to striking Red Rocks Amphitheatre. This acoustically perfect venue is nestled in Red Rocks Park, a transitional zone where the Great Plains meet the Rocky Mountains. Catch a concert or participate in one of many recreational options, including yoga, amidst the majestic geological sandstone formations. ScooTours rents scooters to individuals, or get social and join a guided group tour.

Denver’s food scene is on fire. Food trucks have stormed in with tornado-like force. Top choices include the Southern-kissed Biscuit Bus and Hey PB&J, with its sophisticated approach to this school kid favorite.

There’s no lack of economical old-school diners. Sam’s No. 3’s giant menu offers something for everyone. The homemade New Mexico-style Green Chili adds a spark to the south of the border selections. Breakfast is served all day.

For a date night splurge, try Bistro Vendôme. You’ll enter an environment so Gallic, you may think you hear the clank of balls from a game of pétanque. The menu doesn’t stray far from tried-and-true Left Bank bistro classics, starting with the house-made charcuterie and finishing with a digestif so heady with herbal essence it borders on the medicinal.

In between, you’ll feast on an elemental steak frites. The meat is so tender it needs nothing more than a quick sear and sprinkle of salt. The fries add panache to the plate, the dusting of truffle oil imparting an earthy note.

More than 300 eateries participate in Denver Restaurant Week, held both winter and summer, so schedule your visit to coincide and you’ll score a scrumptious bargain.

Craft beer is king in Denver. The city’s connection to the beverage runs deep, ever since a German immigrant started brewing Coors in the 19th century. Its current nickname is the Napa Valley of Beer and entrepreneurial newcomers are opening breweries at lightening speed.

Malt lovers have dozens of opportunities to sample at the source. Great Divide is a hometown favorite and free tours are offered daily. Its Tap Room features 16 seasonal and year-round beers, served with a view into the brew house. If you like an aggressive hop profile, try the Hercules Double IPA.

If you’re partial to Belgian-style, Colette is made with a blend of four different yeast strains, producing a complex yet refreshing mouthful. You’ll find an array of Denver’s most delicious food trucks parked outside.

The 16th Street Mall is a pedestrian thoroughfare clustered with cafes, shops and restaurants.  At the quieter end, bibliophiles will find their sweet spot at the Tattered Cover, Denver’s beloved independent bookstore.

The spacious digs are bursting with old and new titles. Enjoy the excellent selection of Western folklore and literature, the on-site café and nonstop free literary events.  If your legs get tired hop on the natural gas-powered free shuttle bus, the only vehicle allowed on this street.

If you’re weary about the traditional hotel experience, head to Denver’s newest indie digs, The Maven which opened it’s doors this past spring.  Walking into the lobby (designed by Brooklyn’s own, Crème, Jun Aizaki Architecture and Design) you’ll know immediately that every detail has been curated.

In the morning, coffee is served from a classic aluminum airstream and at night, their Poka Lola Social Club mixes up cocktails made with locally sourced seasonal ingredients. The hallmark of the hotel though is its commitment to art. From the giant hand sculpture dominating the lobby to prints in all of its 172 rooms to murals in the elevators, there are over 400 pieces of art throughout The Maven.

And as it’s perfectly located in the center of LoDo (to explore by foot) and steps away from Denver’s Union Station (to explore by train) the entire city is at your finger tips.

Or head to the Hampton Inn & Suites Denver Downtown-Convention Center which, is the antithesis of the cookie-cutter experience you’d expect from a chain hotel. Enter the sleek lobby where the large windows allow natural light to pour in and perfectly accentuate the gallery-inspired artwork.

The effervescent manager, Sean, seems genuinely happy that you’ve arrived.  He has an encyclopedic knowledge of Denver, which he generously shares. Guest rooms are decorated in an urban color palate of black, grey and steel, blending edgy with functionality. Buffet breakfast and Wi-Fi are included. The location is super central.

With its frontier roots, you might peg Denver as car town. In recent years, it has semi-surrendered its car culture for more community-conscious forms of mobility. Public transportation, including a free downtown bus, suits this forward-thinking town, and money is being poured into enlarging and improving the mass transit network.

Miles of new commuter light-rail tracks and bus lines are being added to the cityscape. It’s an ambitious plan that seeks to transform Denver into the West’s most advanced transit city. While its love affair with the car is far from finished, light-rail ridership is on the upswing.

Catch SkyRide from Denver International Airport to downtown for $11 one way. The light rail connection to the center of town is nearing completion, which will make the airport transfer even smoother. Jet Blue, Frontier, United and a score of major airlines offer non-stop flights from dozens of cities. 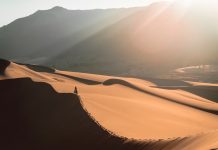 10 Super Fun Sport Activities In Denver You Should Try 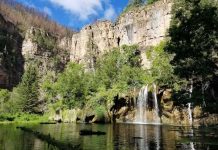 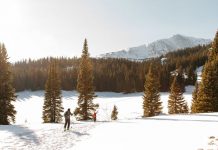 A Short Guide To Winter Activities in Colorado This Year