Home U.S.A. Arizona Cooking with Cactus and a Mohawk: Ritz-Carlton’s Arizona Chef on the Local... 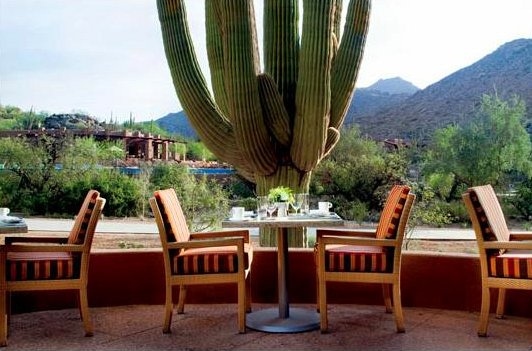 Joel Harrington has covered a lot of ground since his days as a teenage fry cook at a family-owned restaurant in Vermont. The Chef de Cuisine at Core Kitchen and Wine Bar of The Ritz-Carlton, Dove Mountain in Arizona, has spent time in New York, California and Texas—earning praise and nominations along the way from the likes of the James Beard Foundation, Zagat, and Esquire—but seems to have settled nicely at his new location, tucked away in the high Sonoran Desert outside Tucson. Harrington incorporates the bold, diverse flavors of the Southwest, while also bringing his passion for seafood and coastal cuisine inland. He has been instrumental in establishing all aspects of the restaurant, arriving a year early to peruse local farmers markets and meet various purveyors, while creating the overall ambiance at Core.

At a well-attended demonstration of his adventurous cooking at the French Culinary Institute this past weekend, the mohawked, mountain biking chef divulged his passion for learning about and incorporating local produce in his restaurant, and sat down afterward to discuss the ways in which his past experiences have shaped his new position at Core.


oM: As a chef, it’s a bit of a no-brainer to want fresh, top quality ingredients for your meals. Have you always had, or tried to have, access to a growing space or garden for your restaurants, or was this a more recent development for the Ritz?

Chef: It does align with the Ritz’s goals in terms of using local, fresh ingredients. The Ritz-Carlton, Kapalua on Maui has two organic gardens on the property that feature a wide range of fruits, vegetables, and herbs, and works closely with killer local farmers as well. But this was also something I was really into before I arrived at Dove Mountain. I was in Tucson before the opening so I could get a grasp of the area and what was available. I’ve always been into using local ingredients in the areas I’ve worked and I was really excited to begin meeting with local farmers and browsing markets in the Tucson area. I’m working on getting a growing space for the property, but at the moment, I have one nearby farm that I work with for obtaining ingredients for my menu.

oM: What’s your view on the present local food movement that’s so popular in New York? It seems as though people are turning out for farmers markets and at specialty food stops with a greater frequency than five years ago. Is this a trend you notice in Tuscon as well? Are there any similarities?

Chef: To some extent, I think the roots have always been in place in New York. You have a variety of farms available, and you also have a population that is food-savvy and demands consistently high-level quality in what they consume. People are now more aware of the process of bringing food to the plate, of eating seasonally, and also the impact of their consumption. My hope is that it doesn’t become something that’s available only to a certain population. It’s not a gourmet food shop; quality food should be made available to whomever wants it. In Tucson, likewise, you definitely have a connection between farmers and buyers. I visit markets Friday, Saturday and Sunday if I need to. Through those markets, I met the farm I now work with, as well as the potter who provides tableware for the restaurant. I also learned so much about local spices, cactus uses and chili varieties. I have a mesquite lady that I visit often as well.

oM: You’ve said that you enjoy working with seafood and also bring a lot of your past experiences with you to Arizona. Do you have a variety of purveyors on hand, or only a select number?

Chef: I like to have a small number of people that I work very closely with. It’s important for me to know them and their methods, and I enjoy having a few suppliers with whom I can establish close relationships that will be long lasting and mutually beneficial. This fall, I’ll be able to go out and fish with my fishmonger in Nantucket. I work with the awesome Bowen family in Laughing Bird Caye, in Belize, for Core’s shrimp. As I mentioned before, I buy from a farmer in the Tucson area who’s growing nine different varieties of chilies this year, which I’ll be able to incorporate in the restaurant. So although I’ve moved around quite a bit during my career, I like to find those people that I’ll be able to work with for a long time.

oM: Are you finding ways—or time—to be involved in the community around Dove Mountain?

Chef: Well, we’re located five miles up in a very private spot, but I do, yes. I’m on an advisory board right now that’s looking at ways of improving local school lunches. That’s something I’ve been interested in for a long time. Even if it’s an after-school snack of locally grown produce given to them, it makes a difference. There’s a lot we can do with teaching young kids about food, but also a lot we’re trying to do with making good food available to them.

At Core, about 40% of our patrons are local, so it’s really important that I connect with people who live in the area and will potentially be back again and again. I like to think of the restaurant as one big picture; we’re all approachable and everyone is important. I spend a lot of time in the front of the restaurant, meeting diners and interacting with other guests.

oM: You’ve worked in Vermont, New York and Texas before moving to Arizona. What has been the most exciting region for you, as far as working with locally-sourced foods?

Chef: I love Arizona. I think the local flavors, spice and variety here are excellent and exciting. It’s an amazing place to have a restaurant. I have Asian influences [from Vermont] and Scandinavian [from Aquavit in New York] as well, and I’m always looking to bring those into what I cook. But dude, I’ve had so much fun working with cactus, chilies, and mesquite flour pods, to name a few. 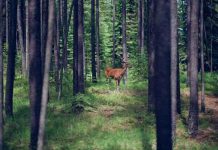 3 Adventurous Things to Do in North America 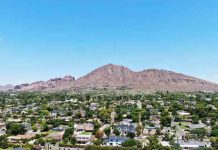 8 Unique Getaway Spots In Phoenix You Should Visit This Year 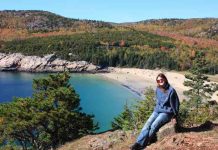 Top 7 Camping Destinations In The USA

Stop Relying on English Language Only For Your Worldly Adventures

The Best Places to Visit in Europe this Fall

Traveling with Disposable Vapes: Here’s How to Do It