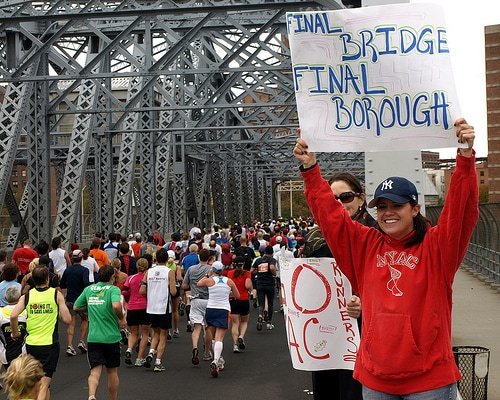 Just a few days left until the New York City Marathon on Sunday, when the best runners in the world compete for the ultimate in road-running glory and one of your best friends takes the jog of champions. One of mine does, anyway. And I’ll be there to cheer her on, only this year I’ll forgo my traditional spot in the 80s on 1st Ave. in Manhattan for another borough along the 26.2-mile route. As my friend told me after hitting 20.4 miles for the first time ever this summer, “As I ice my legs to recovery, I can say that one of the best things about training for the NY Marathon has been my renewed love of the city, and discovering parts of it I didn’t even know existed.”

The first New York City Marathon, in 1970, was four-plus laps of Central Park. According to the official NYC Marathon website, it wasn’t until 1976, in celebration of the U.S. bicentennial, that New York Road Runners moved the marathon to the streets of New York’s five boroughs and the race was developed as we know it today: through Staten Island, Brooklyn, Queens, the Bronx, and Manhattan. The course united culturally and ethnically diverse neighborhoods, crossed five bridges, and gave us some great viewing spots off the main island at which to watch our friends run and renew a love of our own.

The starting line. On marathon day, it is difficult to get to and leave as the almost 100,000 runners are bussed in and gather here hours before sunrise. There are actually few, if any, opportunities to see the race, so marathon organizers (and your runner friends who definitely don’t want to see you before they’ve had coffee and a Power Bar) say that if you want to check out the start, it’s better to watch it on television.

Now to where you really should go!

When the groups are still divided in two parts as they run down Fourth Avenue in Brooklyn, and thanks to the street being so wide proving more space to the runners, every street corner has a stellar view. As 10 miles of the race weave through the BK, you can really take your pick of neighborhoods and special events, amongst stroller-pushing moms and hipsters alike.

Where to Watch:
Park Slope at Fourth Avenue and 7th Street (Time Warner Cable will have video screens and access to the very cool interactive Race Day Tracker; enter your runner’s official bib number and get an idea of where he or she is) where you can watch the race before or after a delicious, fortifying meal at Rose Water.

The Brooklyn Academy of Music at Fourth Avenue and Lafayette Avenue is a popular place to view the marathon—there’s an ING Cheering Zone here too and appropriately, live music. This is where the three different streams of runners merge and the lead pack often begins to break up. On the tree-lined, brownstone-filled streets of Lafayette Avenue, you’ll find many a festive marathon-day stoop party (BYO hot cocoa or mimosas), not to mention more delicious brunch options, this time a Mediterranean spread at Olea Restaurant where the runners will speed right by your table.

Soon after, it is into Williamsburg and Mugs Ale House, where enjoying a big, you guessed it, mug of Weinstephaner Heifeweisen, might be more your speed. If Marathon Sunday means still recovering from a long work week that began with Halloween, a 32-ounce Styrofoam cup of Bud at Greenpoint Tavern might be one way to keep the party going. They open at 9:00am. Watching all the runners burn off thousands of calories on this day could inspire a breakfast of champions: Enid’s hungry bear ($9.95), a biscuit sandwich with an egg, sausage, and gravy should nip that appetite in the bud.

McCarren Park is the last major Brooklyn landmark the runners pass before their royal entrance into Queens.

Where to watch:
If bridge-hopping is more your style, the Pulaski, which connects Greenpoint to Long Island City, is a good place to bring the cheer. Just after the bridge from Brooklyn, at about mile 14, Vernon Boulevard’s sidewalks are popular, but not mobbed with spectators. I like Lounge 47, which is usually opening early at 11 a.m. for tasty brunch on the morning of the marathon, and Communitea (open at 10:00am) for fresh scones and hot beverage refills all marathon long.

Queensboro Bridge entrance is another great, though very popular (read crowded), place to gather. If bright orange cheer sticks is what you want, there will be a “Cheering Zone” on 44th Drive between 11th and 21st where you can pick some up. Thanks, ING.

Where to watch:
At Mile 20 of the marathon, runners often struggle to find energy (this is where they need us, only 6.2 miles, one small 10K to go!) and the residents here are famous for helping out participants with signs and support. Eat, laugh, drink (so say the red-painted walls of this cozy wine bar-cum-neighborhood favorite) at Alexander’s Café as you think about how next year, you’ll be the one running the marathon—and sending this article to your friends and fans.

At 135th and Alexander Avenue, join the spirited block party sponsored by the philanthropic Robin Hood Foundation, complete with music and a huge video screen.

It’s not too late to volunteer to assist along the racecourse in any of the boroughs. Check out the official ING New York City Marathon volunteer page for how to sign up and get involved.

I think you’ll find me up in the Bronx with a photo of my marathon-running friend’s smiling face ironed on to my shirt. Where will you be? 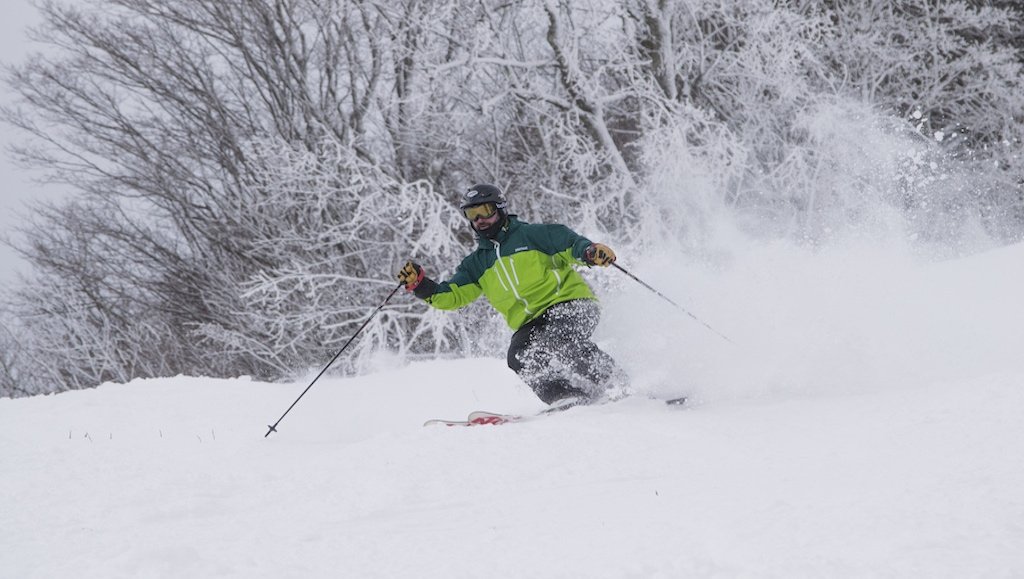