What: A film screening of The End of the Line

Where: The Beach, Governors Island

Why: Maybe now that the U.S. Geological Survey has reported that in over 300 American streams, 27% of fish had dangerous levels of mercury, over fishing will cease to be a problem. Whether you’re a deep-sea diver, own a guppy, or you just love a good plate of poisson, this is an important issue that affects everyone.

Investigative reporter Charles Clover interviewed top scientists, indigenous fisherman, and celebrity restaurateurs for the Rupert Murray-directed The End of the Line, which premiered at the Sundance Festival earlier this year. In an attempt to further spotlight ways we can find solutions to protect marine life before it’s too late, the Fledgling Fund has teamed up with Rooftop Films to screen the documentary at Water Taxi Beach on Governors Island, which also happens to be near the New York-New Jersey Harbor Estuary.

On Saturday, marine organizations will set up some lively educational activities to inform and motivate you. Additionally, local sustainable food will be sold.

How To Get There: Accessible by boat from the Battery Maritime Building. Ferries will start leaving at 7p.m. Take the 1 to South Ferry Station or the R to Whitehall Station. For more information on the event and getting to Governors Island, visit watertaxibeach.com.

Top photo: Courtesy of otolithe, others courtesy of The Fledgling Fund 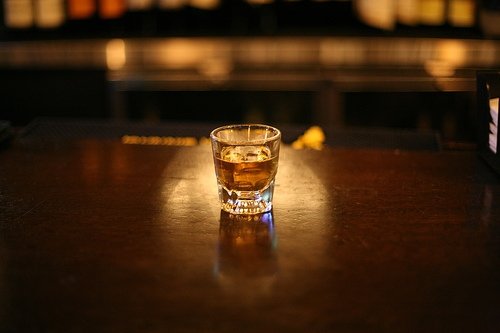