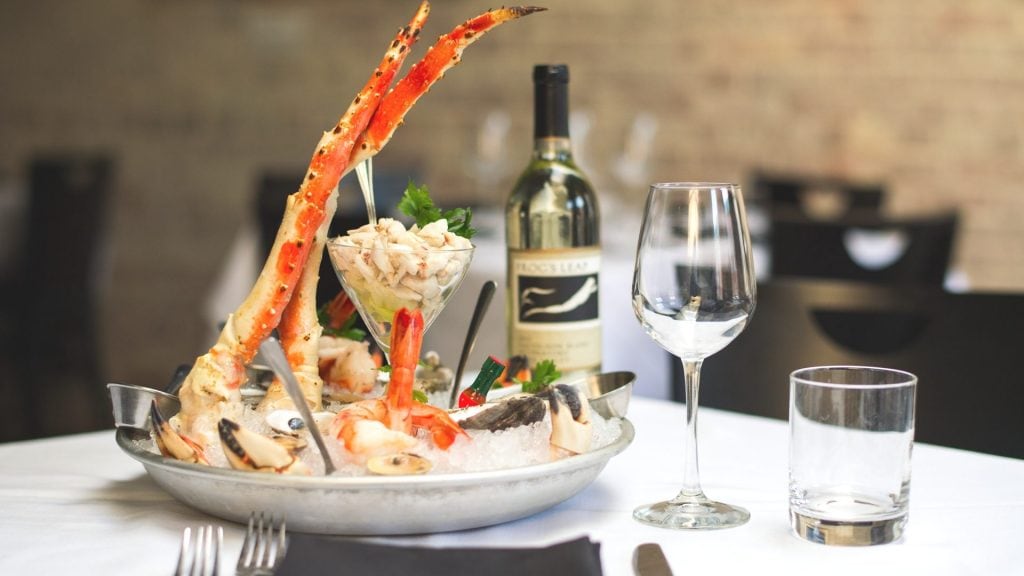 A woman approaches me in a Red Bank bar. “Excuse me,” she says. “You look so cute sitting there with your book and glass of beer. Like you’re in New York.” As I am visiting from Manhattan, I laugh. “Just killing time before a reservation,” I explain. We smile at each other before she returns to her group of friends and I my notes.

Though New Jersey gets a bad rap amongst New Yorkers, this exchange is typical of unpretentious Red Bank, NJ. Protected from ocean waves by the Sea Bright peninsula, Red Bank’s location on the Navesink River gives the town coastal charm unspoiled by beachgoers. Quirky shops, friendly locals, and a walkable downtown further distinguish Red Bank from other North Jersey destinations. The town’s incredible cuisine is the cherry on top.

Italian-American roots and close proximity to the sea are frequent inspirations for restaurants in Red Bank. Many employers grew up nearby; their authentic cooking attracts clientele from across the state. “We see lots of familiar faces,” says Dominick Rizzo, Executive Chef at Catch. “Couples return every other week to stay in town and go out to eat. It’s a good halfway point for friends coming from South Jersey and New York, and it’s easy to get to.”

Rather than competing, restaurants cooperate, sending guests to neighboring locations after reaching capacity. Business owners are often personal friends. “Most of us hang out together, get drinks, work on a lot of non-profit stuff to help Red Bank,” says owner of Teak George Lyristis. “Just last Christmas, the RBBA (Red Bank Business Alliance) donated close to $30,000 from our first holiday event soirée.”

Red Bank’s small size also makes it easy to enjoy several spots in one night. “People start at Teak or Dublin House before making it to Catch or somewhere else for dinner. Then they’ll move to a different bar.” Dominick chuckles. “You can run into the same group of people three times.” “Is this one of those towns where everyone knows each other?” I ask. “Definitely.” 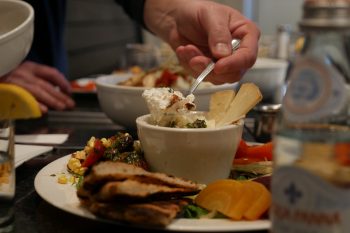 Front Street Trattoria has two entrances: back and front. This I learn after five minutes attempting (unsuccessfully) to pull open the rear door. My patient waitress leads me down a flight of stairs into a softly lit, dark-paneled space with the feel of a cozy bistro. As I’m shuffling through my notebook, owner Valerie Aufiero sits down across from me and introduces herself.

Valerie (Val) and Michael Aufiero opened Front Street Trattoria in 1985 as a way for Val to spend time with her husband. Throughout the years, many other relatives have helped Front Street Trattoria grow; Val’s brother Larry is the general manager. “Nieces and nephews have worked here,” she says. “We treat our family like employees. In the restaurant, I’m not your aunt or uncle or brother – I’m your boss.” “Tough love!” I comment. The strategy is successful; at 11:30am, opening time, customers are already trickling in. Val proudly tells me she now serves 3rd and 4th generations of families.

Val and Michael incorporate seasonal ingredients and their shared Italian-American background into the menu. Front Street Trattoria opened as a pizza place but quickly expanded into pastas and salads, which remain favorites. Now, the restaurant “completely rework[s] the menu twice a year,” explains Val. They are careful to retain classics such as Italian meatballs, made from a traditional family recipe.

I order the Whole Wheat Flatbread, topped with chicken sausage, tomatoes, and sweet mozzarella. Everything tastes whole and fresh, the bread that satisfying blend of chewy and crunchy so conducive to a perfect base. The restaurant knows its dough – weekly-rotating pizza specials are extremely popular. This week, one special features uniquely tempting Jersey peaches and goat cheese drizzled with balsamic vinaigrette. The focaccia here is also excellent; do not fear carbs at Front Street Trattoria. “What’s your favorite?” I ask Val. “Anything with eggplant.”

Ideal order: The Four Seasons, a sampling of four best-selling pizzas, or Val’s Favorite, a heavenly concoction of eggplant, ricotta, and tomato sauce. Get the Chicken, Broccoli & Walnuts salad on the side. 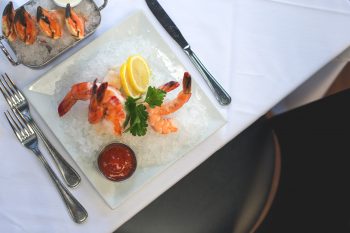 “Would you like to order or prefer if we send things out?” asks Dominick. I look up from the menu, a deer caught in headlights. “The latter?” I say hesitantly, relieved to be spared the burden of deciding a dish. “Sure!” He claps his hands together and nods before heading back into the kitchen.

Educated at the Culinary Institute of America, Executive Chef Dominick Rizzo worked at Mario Battali’s Babbo in New York City before returning home to New Jersey. Red Bank is home to a number of excellent Italian eateries, but Dominick sees Catch as fulfilling the town’s need for great seafood. The menu rotates frequently, thoughtfully prepared to reflect the best catch available. Patrons can pair a selection of fish with their choice of sauce or enjoy kitchen specials.

I start with the Angry Shrimp and Lobster in signature Sinister Sauce and quickly realize why it’s “the best thing we’ve got.” The shrimp is heartbreakingly tender and I greedily soak up as much of the sauce as possible, even as its spiciness burns my tongue. Served over a bed of heirloom tomatoes and dressed in raspberry maple miso, the Goat Cheese and Watermelon Salad is a sublime surprise. Throughout the meal, I’m impressed with Catch’s diverse palette of ingredients; the Sweet and Tangy Chilean Sea Bass incorporates a blood orange glaze, miso sauce, and subtle coconut flavors. I try to get a taste of each flavor on my fork and drop rice granules all over the floor.

Dominick works hard to include dishes even landlubbers can enjoy, such as the Pork Chip Ribeye. Recently, Catch hosted a brunch serving Wagyu beef tacos. “We sold out!” he says incredulously. “But they were fantastic.” Above anything, he says, hospitality is the focus of the restaurant. During the Wagyu brunch, one woman requested her taco very well done. “Though not my preference,” he laughs, “any way you want it, I’ll make it. We try to cultivate a relationship with people so they’re happy to return.”

In early fall, Catch will move down the street and nearly double in capacity. “We’re completely transforming the current space,” says Dominick, waving his arm vaguely toward the lounge-y storefront occupied by Gotham Pizza. Walls are bedecked in prints of the New York City skyline and Batman symbol, soon to be replaced by Catch’s favored primary colored, chrome, and sleek glass interior. The new Catch is also acquiring a liquor license, ending the restaurant’s BYOB days. “Here’s where the Chef’s Table will be,” he points beneath a knockout chandelier. As we chat, Dominick indicates locations of tables and walls to be knocked down with animated hands. I find myself swept up in the passion of his vision.

Ideal order: Start with the Angry Shrimp and Lobster to share. Continue with the Clam Linguine entrée, which Dominick laughs is “the true test of the restaurant’s cooking” and comes “simply prepared to perfection.” Atop a coconut rice cake and wilted greens, the Sweet and Tangy Chilean Sea Bass is another foolproof option. 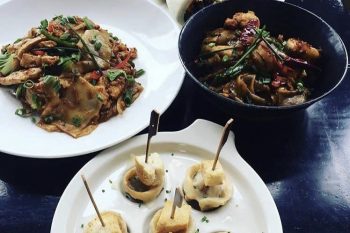 For an early Thursday evening, Teak is full. “Our local gym rented out the upstairs space,” manager Christian explains. “We also have live entertainment going on later tonight.” A peek at Teak’s calendar shows a packed schedule both early and late into the evening. From down the stairs I can hear a hundred people talking, laughing, and dancing.

Teak is a cocktail bar and events space located in the heart of Red Bank. Though not originally from the area, owner George fell in love on his first visit and is also involved with nearby Bistro Red Bank. In total, George has been in the local restaurant community for over twenty years.

Teak is outfitted in rich wood in pleasant continuity with its moniker and maintains a comfortable buzz of conversation beneath warm overhead lighting. Eyeing the crowded bar, I squeeze myself between two large men, snatching a stool from under the fingertips of another woman. I’m working, I think and shrug when she shoots me a look. While occupying such contested real estate, I figure I better order a drink. The Thai Coconut Martini, made with chilies and coconut milk, slides easily down my throat. According to George, the Blood Orange Margarita is also “slammin;” I believe it. “Our menu evolves as Teak does,” says George, and “our cocktail menu is very seasonal.” Around me, patrons order complicated concoctions requiring multiple passes of the shaker. I lean in for a closer look at my neighbor’s drink, a rich swirl of chocolate brown, until he glances over and I quickly avert my gaze.

Teak serves a full menu of Asian fusion comfort food, such as Edamame Dumplings in a creamy coconut Tom Kha sauce. The selections is “very farm driven and local; we have a few signatures that don’t go anywhere but we do like to change things.” In addition to cooked food, Teak offers several colorful sushi plates, bright semaphore signals in the intimate space. George identifies the Pad Thai, Forbidden Black Roll, and Calamari Salad as particular favorites.

Ideal Order: Swill the cocktail special from your seat at the bar. To accompany your drink, take your pick of small plates; the Edamame Dumplings are particularly excellent, but the Lotus Buns and Crispy Rock Shrimp are also great choices. If you’re hungrier, Teak also has a full dinner menu.

How to Get to Red Bank from NYC

Responses have been edited for clarity and grammar. 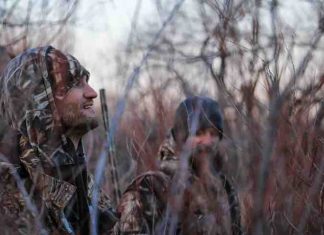 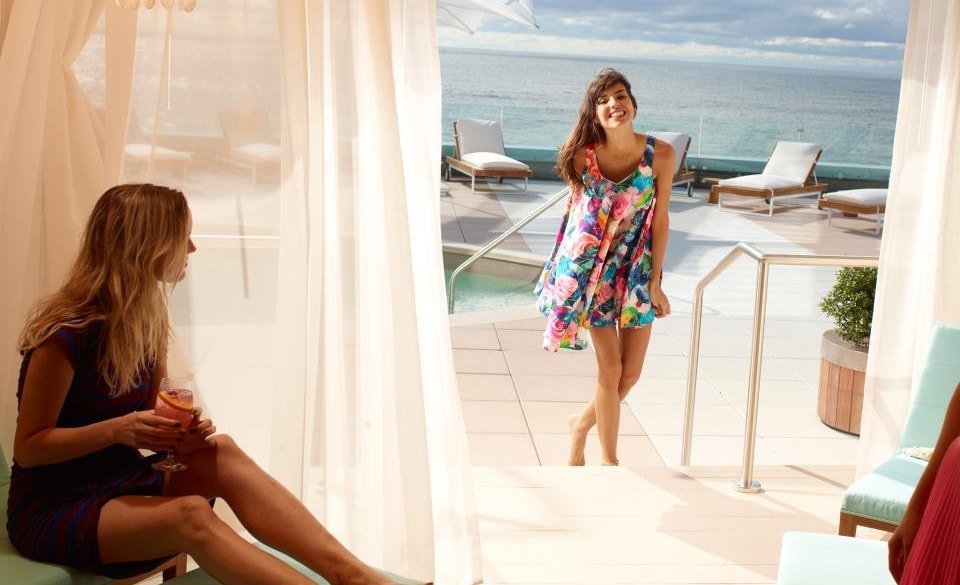