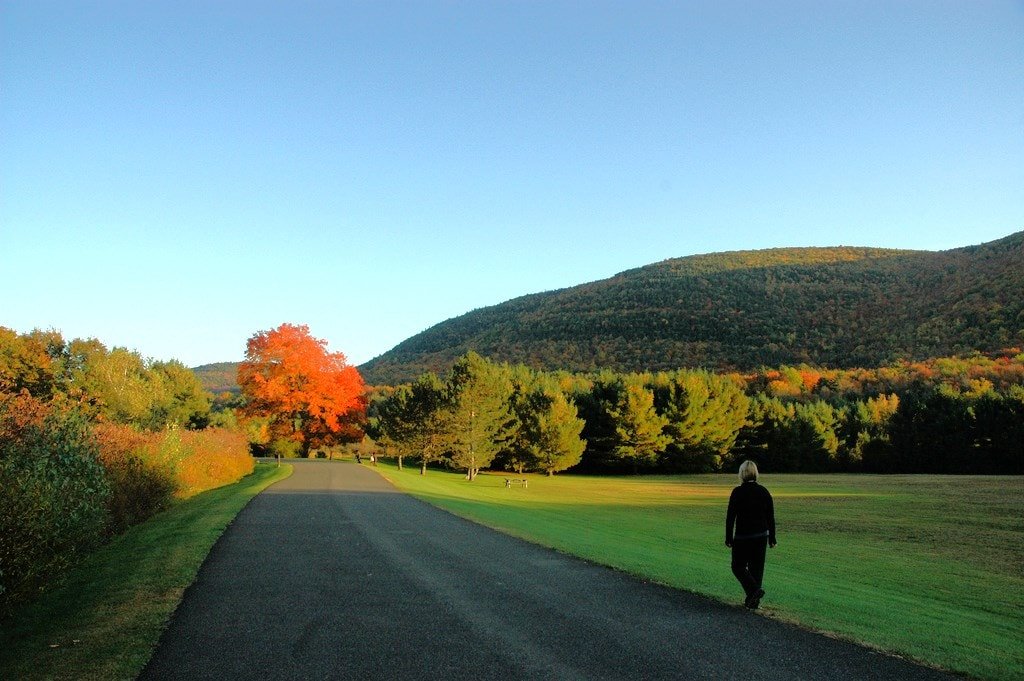 Editor’s Note: This piece was originally written in 2014. Since then the Harvey House has closed. Read about our newest recommendation for Catskill, NY lodging: the Kaaterskill.

Alexandra Dewez, owner of the newly opened Harvey House in Catskill, understands that being a writer in a big distracting city can be just one more excuse for writer’s block.

So she designed one of her guestrooms specifically to suit wordsmiths, and dubbed it the Writers Suite. The room’s most noteworthy feature is a cozy, sun-filled writing nook with a quaint, mid-century wooden desk set in front of a window. This suite is an ideal creative space to hunker down and get whatever It is done. 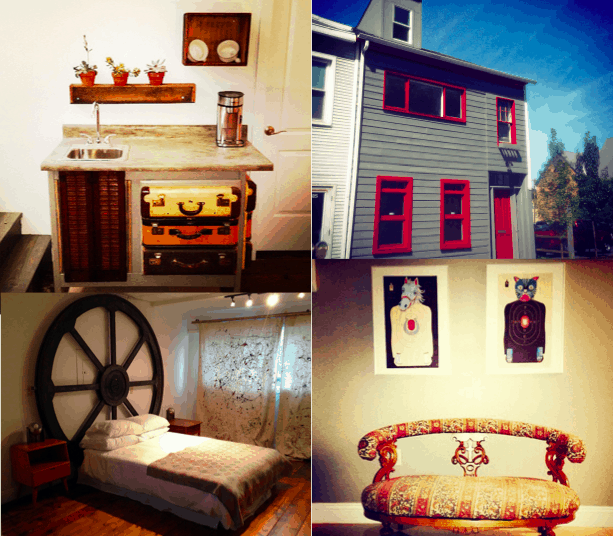 Dewez, who’s also a local artist, says the guesthouse has attracted a number of artistic types thus far, from actresses to photo crews. She personally selected all the furniture and décor, culling a mix of antiques, one-of-a-kind finds and original artwork for the guestrooms, which start at $110 for the Bachelor’s Suite.

Other highlights of the Writers Suite (from $190) include a goat’s head floor lamp and an oversized wooden ship’s wheel procured from the set of a theater production. And if you see something you like, you’re in luck—much of the décor is available for purchase. Guesthouse amenities include handmade bath products from Southampton Soap Company—designed exclusively for Harvey House—as well as complimentary tea and coffee (so writers can stay sufficiently caffeinated while at work until inevitably being drawn out to wander between the old brick buildings and along the Catskill creek).

The guesthouse doesn’t serve breakfast, but Dewez recommends Garden Gate Café and no-frills diner A&G down the street where the grits are “amazing.”

How to get there: Take Amtrak to Hudson, then bike 40 minutes from Hudson to Catskill (about six miles with a few hills). Bikes can be rented by the day or weekend from Steiner’s in Hudson. Refer to Amtrak.com about bringing your bike on board or take a eight-minute taxi ride from the station to the hotel. [mappress mapid=”16″]