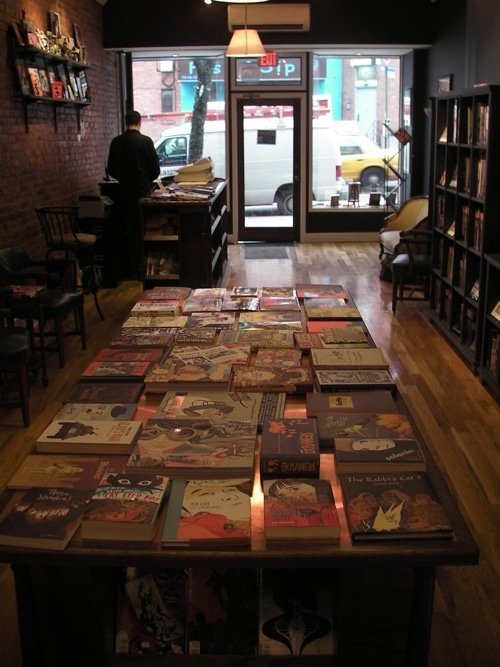 This is the first of five interviews with small business owners at their boutique shops on Bergen Street, Brooklyn.

As we all know, the recession has affected nearly everybody, but especially the small business owner. With this is mind, we spent some time in the north end of Park Slope talking to storefront owners about a range of topics including the economy, their neighborhood, and their business.

Tom Adams, owner of Bergen St. Comics, how long have you been in business? Since March 6th.

What was your biggest challenge opening the store? Deciding in the midst of all the bad economic news, to go ahead and pull the trigger anyway. Construction was no walk in the park either, but really just the decision to finally pull the trigger and do what we had been planning to do for a couple of years.

Was the idea of starting your own business in your head for a long time? I had the first inkling to open up a store in 2005. By 2007 I was working at Midtown Comics in Manhattan, and I started sculpting a business plan and really thinking about it.

Has the bad economy had an effect on you, or your plans? I’ve had a lot of customers come in and say they wish they could spend more, or they would spend something if they weren’t unemployed or worried about losing their job. But the biggest change is that I’m now doing this entirely on my own. The original business plan included full-time employees with health benefits. I was afraid that if I did hire someone, and things didn’t go right, I would have to lay somebody off. So it caused me to be a lot more conservative when opening the store. I didn’t really hold back from ordering things that I wanted to order, but because I refrained from ordering multiple copies of books, it’s been difficult to get reorders. So if I had been able to dive in and fully stock the way I planned I’d be in better shape.

If a first time comic book buyer walks in right now, what’s the book that you put in his or her hands? I always try to gauge what the customer likes as far as particular genres, styles, and artists. I strongly recommend Scott Pilgrim. It sort of crosses all lines. Persepolis has sold really well to new comics readers. Fun Home. I always recommend Fables, and Y the Last Man sells really well. Scott Pilgrim’s probably the one I recommend more than anything else.

Do you remember your first comic book? I don’t remember the first one, but I remember buying X-Men #163. That was the one that really got me hooked, but I’ve been reading Superman, Batman—those kinds of things—since I was too young to remember.

Does a movie like Watchmen boost sales? Definitely. I opened the store the day Watchmen opened in theaters. The book sold like crazy for the first few weeks that we were open, but that book had been selling well since last summer because the trailer was released before The Dark Knight. So they definitely drive sales. How much they drive repeat sales, I’m not sure. But they do generate interest.

Do you think you get a lot of walk-in traffic from the other stores on the block? Definitely. Especially on the weekends, the block seems to be sort of a shopping destination for people. I can’t tell which store, probably Babeland more than others, draws people in as a destination block. We’ve got people who are shocked to see that we’re here, and come in because they weren’t even aware we were. We do rely on our neighbors to draw people to the block, and then for us to get business off of that.

You have some artwork on the wall. Where does that come from? From an artist named Brahm Revel. It’s from a series being put out by Image Comics called Guerillas. The pages are from the 3rd issue. The 4th issue should be out in a couple of weeks. We met Brahm, actually, back at the New York Comic-Con and asked him if he would be so kind to lend us some art because we always wanted to have artist’s work on the walls. After this comes down we’re going to put some art up by the Activate.com guys, and I’ve got another illustrator lined up after that. We want the space to be somewhat of a gallery. That’s always been part of the plan.

How to get there: Use the Hopstop link below for specific directions. (Bergen St. Comics, 470 Bergen Street, 718.230.5600, bergenstreetcomics.com) 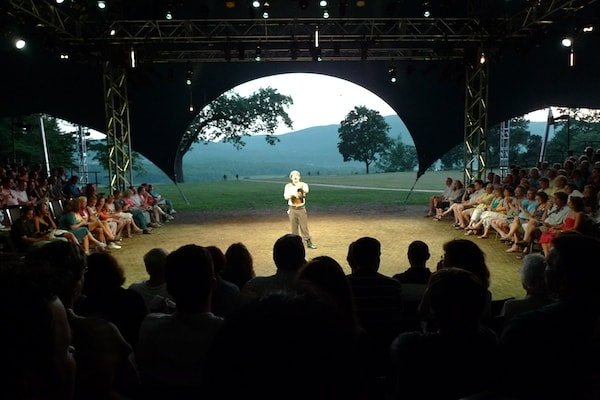