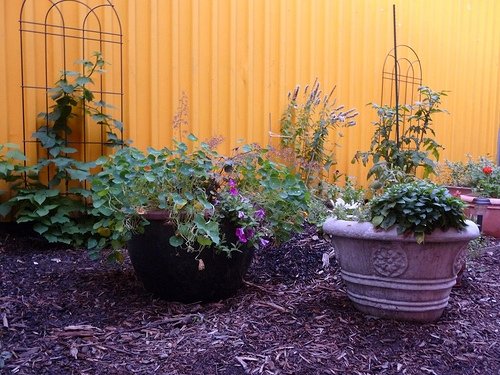 While the scene is still quiet on Franklin Street, it won’t stay this way much longer. Cool boutiques, cozy watering holes, and casual eateries are popping up, and this summer, traffic will increase for one particular place called Anella, where thin crust pizzas and a new garden are sure to hit the spot.

Situated next to the sporty t.b.d. bar and a vintage shop called Junk, this Italian restaurant lends understated, unpretentious elegance to the block. Led by chef Michael Sullivan, who hails from Chanterelle, Anella has an open kitchen and plans to cultivate a good deal of its produce in the backyard. Until the greenhouse is completed, piles of soil sit against one wall out back, sprouting basil, parsley and various other herbs that are generously used in several dishes. There is one caveat to all of Anella’s fresh, clean sustainability: the restaurant was still waiting for its liquor license as of May 14. The wine menu will appear soon, but in the meantime, you’ve got more than enough things to tempt you through the wrought iron door. 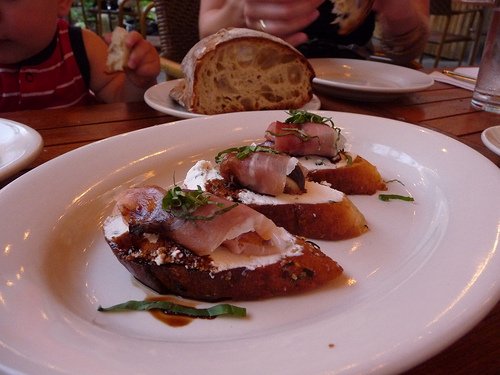 On a Thursday evening, I ventured to Anella, my mouth watering for brick oven pizza. The black and denim server was quick to deliver two delicious pieces of toasted bread topped with a light and tangy sun dried tomato tapenade. The menu is full of daily specials, including a carpaccio, a terrine, and a bruschetta—mine was a combination of flavorful roasted vegetables, house-made fresh mozzarella and sweet balsamic reduction. A salad of arugula, peas, pears and blue cheese dressed with oil and balsamic honey was a clean and refreshing primer to the pizza: gooey three cheese with garden herbs atop a light crust. The pizzas seem to have been the biggest hit so far. When I arrived, my server said they’d run out, but minutes later he returned bearing better news. “We have pizza!” he said, visibly excited. (Good, we thought. Because who runs out of pizza anyway?) Pastas, fish, and meats round out the nice sized menu, and the pork loin seemed especially popular that night.

Divided into two slender passages separated by a wall and an apartment door outside, Anella has an unusual design, but one that works in the restaurant’s favor. The staff’s obvious enthusiasm both for the current menu and for what’s to come, namely the greenhouse and all that it will bring, was enough to make me want to return.