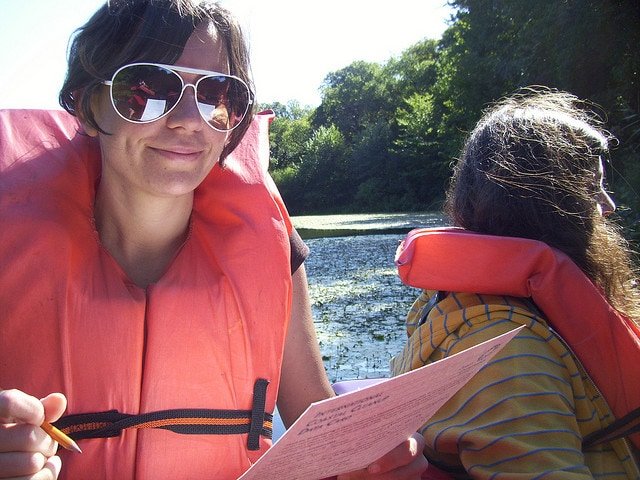 Standing on a street corner in Brooklyn, Erin Barnes, co-founder and executive director of ioby.org, a crowdfunding start-up for environmental and urban renewal projects, is addressing a question about what motivates her busy early mornings that seem gaga, even by New York standards. “The environmental movement has been focused on wilderness for a long time, and I am really excited about the fact that it is starting to focus on people, urban revitalization, and the burgeoning DIY movement that’s happening right now. People are really quickly changing opinions about how their money should be used, where their food should come from, buying local versus buying from box stores. The people in our community are champions of the greater good who are posting on ioby and creating this movement.”

Close to $200,000 has been raised to fund over 100 ioby projects, many of which take place in low income communities throughout New York City’s five boroughs. Barnes points out that more than 75% of the projects are led by “inspired people” who have explicit social justice objectives and live in that project’s neighborhood. Gandhi would have grinned while watching his words, “Be the change you want to see in the world” come to life—in the Greenpoint Shul’s new garden, through “POW!” The Bike Public Project, or at a soon-to-be-built Bronx Greenhouse.

Tonight at iCi, ioby is hosting Pinot en Blanc, its first supper club of the season, promising delicious food, incredible wines, and great company, all for a wonderful cause. If you’d like to celebrate Earth Day, but aren’t the get your hands dirty type, this is where you want to be.

But before the fundraising festivities begin this evening, read this interview with Erin Barnes to find out about upcoming supper clubs, her green living tips and favorite getaways from the city. 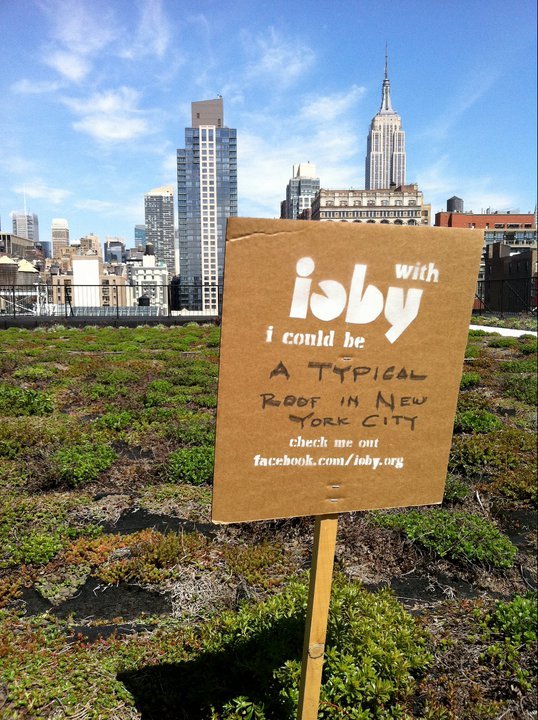 oM: Where did the idea for ioby come from?
EB: “Brandon and Cassie and I did field research together at Yale, studying water and climate issues. We moved to New York for different reasons, but we reconnected in the city. There was a lot of energy around people wanting to go green, and we saw an opportunity to help them make on the ground changes, help them stay engaged in the environment rather than dropping off. We asked Charles Best if we could adapt the donorschoose.org platform and he said yes. We started to connect local volunteers and refocus the environmental movement on the streets and sidewalks of the cities we inhabit every day.”

oM: Will you expand ioby.org to other cities or abroad?
EB: “We’re interested in seeing ioby as a crowd-accelerated innovation, sharing ideas, iterating it and helping it get better. We’re probably looking at Toronto and Vancouver before we go across the pond. There is a lot of interest from other cities.”

oM: What are some of the supper clubs New Yorkers can look forward to this summer?
EB: “The May 15 supper club is going to be internet themed during Internet Week. It’s going to be an all out nerd foodie event involving what people eat when they’re coding. On June 14, we’ll be at Brooklyn Kitchen doing an instructional tasting dinner. There will be a meat lesson, as well as a pickle lesson. We’re also working on a possible farm tour and dinner on a farm later this summer. Chefs and wine pairings are still being finalized for the upcoming supper clubs, but the price points will vary.”


oM: Favorite getaways around NYC?
EB: “I really love going to Fire Island. It’s a really fun and special place. I used to live in Portland, Oregon and I miss the forest and running around Douglas Firs. So I’ve gone a couple of summers to Woodstock to get away and see some good smelling trees.”

oM: Do you have any personal tips for leading a greener lifestyle?
EB: “I think it’s important to reduce the carbon footprint by shopping at local businesses. We’re built to be low bearing creatures, it’s good to carry things home instead of having stuff shipped to our houses. The more support we give to a local business the better society works. Sometimes I’ll start to order a book from Amazon, then realize that our office is around the corner from the Strand. Walking in and seeing people face to face, talking face to face when you buy things is an important part of investing locally. Composting is a helpful reminder about where food comes from. I love what’s going on at Grand Army Plaza. People are dropping off compost next to a CSA pick up. You see the whole food waste cycle. Compost diverts all that food from the waste stream and the CSA keeps us connected to farmers and where food comes from.” 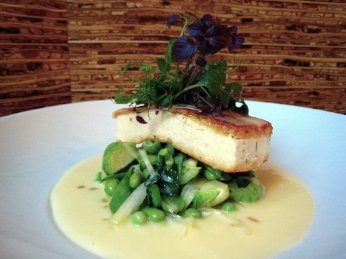 oM: Any favorite eco restaurants or shops around NYC?
EB: “Dirt Candy. The food there is so amazing. Order the jalapeno hush puppies. Bar Corvo just opened in Crown Heights, and it’s fantastic. 606 R&D (by a City Bakery alum) is another new place in Prospect Heights. They do delicious things with local veggies, and there is definitely a sustainable ethic in their business. I like to shop at a store called Flirt in Park Slope. They sell really fantastic locally-made dresses, ranging from $50-$150.”

oM: Where do you see ioby in three to five years?
EB: “We’d like to see a certain amount of citizen micro-philanthropic dollars going to local projects, a certain number funded and completed. We’d like to show how a small collective can impact tons and tons of neighborhood actions by civic leaders, which has a huge impact on environmental health at the state and national levels. We’re interested in talking about the fact that individual actions do matter. Our really big goal is not seeing ioby as just a name but as a mindset so that neighbors have a stake and positive investment in being good environmentalists. Whether that’s painting bike lanes, planting trees, or just becoming a donor to support projects in your own neighborhoods. It’s so important for people to become philanthropists for causes that they believe in. It doesn’t have to be a lot or a big deal. Give $5 to someone to plant daffodils in tree beds. It’s an easy investment to make.”

If you are interested in launching your own project or donating to one currently raising funds online, visit ioby.org.