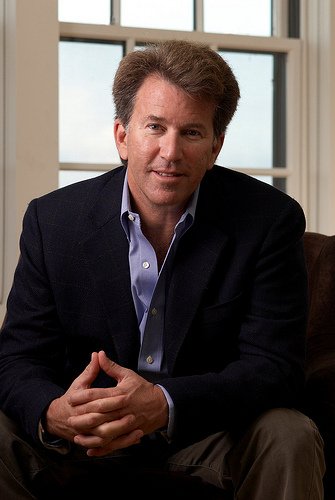 In today’s golden age of green travel, there are those people who start out eating organic food and biking to playdates. Still others take until their fifties to figure out that life’s a give and take. Luckily, there are jolly do-gooders like Seventh Generation’s President and “Chief Inspired Protagonist” Jeffrey Hollender to bring the late bloomers up to speed about why helping the planet is the most important thing anyone can do right now.

As the rain pelted down on Battery Park City last night, offMetro made a visit to the penthouse apartment at Riverhouse, a LEED certified building, for the launch party of Fine Living Network’s newest TV series Big Green Lies, airing April 22nd at 8pm. After sampling the organic cocktails and watching a sneak peek of the program, we caught up with Hollender, the show’s creator and the host of the event, to push his green buttons. In the process, we learned from the authority on all products green and good that most tampons are highly carcinogenic and that bottled water drinkers are essentially stealing fresh water from those who need it most.

That doesn’t count. You went to Riverdale Middle School, ever go back to the Bronx?
Not so much. But through my kids I am discovering all kinds of places outside of Manhattan. A couple weeks ago we took the subway out to Williamsburg, my cousin has a pop-up gallery space that we went to visit. And it’s great there. I loved it. I also liked the Surf Bar.

Good to know you take the subway around New York, but what do you do out in Vermont?
I have a Camry Hybrid. I had an old Mercedes biodiesel that ran on vegetable oil, but it was terrible in the cold weather. Leave it in the airport for three days and it won’t start.

So you’re based in Burlington, VT. Other than ski, what’s there to do?
The best thing about where we live is the bicycling. This area has some of the most incredible biking anywhere. Bike paths go 50 miles through beautiful countryside, and up and down Lake Champlain. That to me is the best form of public transportation. Our office at Seventh Generation is on a bike path. But I do think it’s a travesty that our government doesn’t invest in rail transportation. You go to Europe, you can travel anywhere, and it’s a pleasure to do. To get to Vermont from New York is about 11 hours by train.

When did you most recently travel by train?
I love traveling by train. For the Greenpeace board meeting last Friday, I took a train from Washington up to New York to see my son. The eastern corridor is pretty well done. From Boston all the way down to D.C. the service is great.

[Hollender’s daughter interjects: Why is Amtrak more expensive than flying a lot of the time?]
The government spends billions of dollars paving roads, subsidizing the fuel that goes into cars and planes, but they don’t think they should spend any money on rails. That’s going to change. [Daughter doesn’t look assured.]

What’s the goal of Big Green Lies?
Well, the show deals with seven different myths and the goal is to help people make better choices because we’re looking at each one of these situations in a more holistic systemic fashion. We’re also just telling the truth because the bottled water companies won’t. There is no such thing as clean coal; you might read about it in the newspaper a million times, but it doesn’t exist. So our focus is on dispelling these myths and to approach it with no political or commercial agenda. The only agenda we have is doing right by the planet.

That Big Green Lies clip we saw wasn’t boring to watch.
Seventh Generation is really about educating people in a fun and entertaining way. A lot of green programming on now…you have to be awfully committed to watch it. We wanted to make it fun to watch, accessible, entertaining; there’s no reason people shouldn’t laugh while they’re learning.

What do you think about people who don’t believe in global warming?
Luckily, there aren’t a lot of people left. Why the New York Times magazine had to put the one person in a million that still doesn’t believe in global warming on the cover is beyond me. I would say probably the thing that we should be the most scared about is how slowly we’re moving to address the biggest challenge that faces us. For all the wonderful things people are doing, all the Prius purchases and all the solar panels they’re buying, it’s just not near enough or quick enough, and this issue is really like a ticking time bomb. It’s one of the things we deal with on the TV show: don’t wait to buy a hybrid, you need to get the car you’re driving—if you’re driving— to be more energy efficient. Roll the windows down instead of pumping the air conditioning.

People say buying a used car is sometimes better than buying a new hybrid.
That’s what we say on the show. Because the average person won’t generate any net reduction in green house gases until they’ve been driving a hybrid for five years. I have a hybrid, but ya know. 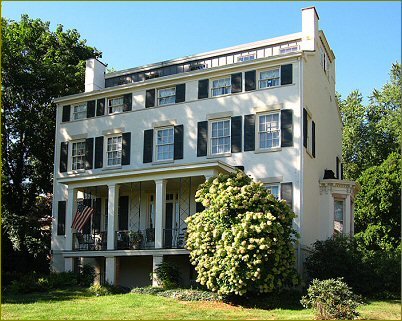