Home Brooklyn A Bite of the Big Apple: Urban Oyster’s “Eat Like a Local”... 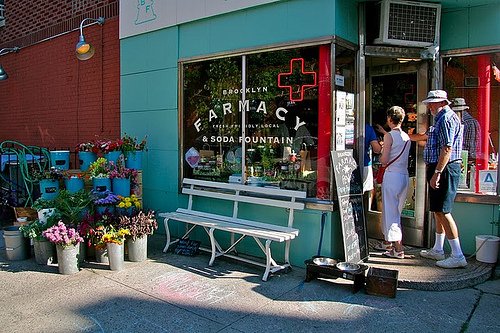 Eating like a local in southern Brooklyn becomes quite easy when your guide is, in fact, a local.

“People ask, ‘How do you not eat yourself to death in this neighborhood?’” chuckled Urban Oyster co-owner and guide David Naczycz, a resident of Carroll Gardens. A tour group of nine listened, sipping iced coffee in the back of D’Amico Foods. “It’s true. Very, very true,” co-owner Joanny D’Amico said, before she and her husband Frank launched back into conversation.

On a warm summer day, a hodgepodge of locals and tourists ate and traipsed their way through Carroll Gardens, Cobble Hill and Boerum Hill on a three and a half hour journey with Urban Oyster. Though the company only just launched the Eat Like a Local tour in late July, the shopkeepers and restaurant owners were already happily opening up with the story of their establishment. Some welcomed Naczycz as an old friend.

It was a fitting way to explore an area where owners are often neighbors and coworkers are sometimes family. Naczycz explained many shop owners lay claim to the entire building, as has been the case in their family for decades. The result is an enclave of restaurants and food shops that can afford to retain and nurture their local flavor despite rampant gentrification. 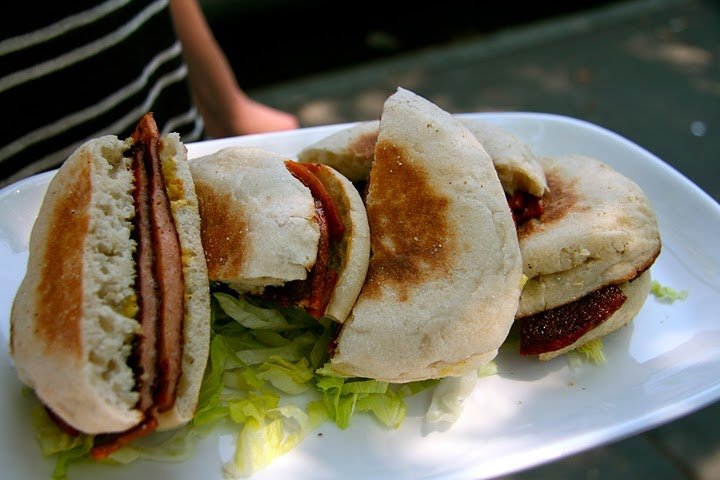 The tour began at the edge of Carroll Park, where the group sampled Seersucker‘s fried baloney on an English muffin. Naczycz said while the area’s culinary scene has long been characterized by the Italian and middle eastern immigrants who set up shop after earlier waves of Irish and Norwegians, there is also a newer movement toward innovative American cuisine. Seersucker chef and owner Robert Newton falls under that vein, bringing flavors from his childhood in Arkansas to the streets of Brooklyn. The fried baloney sandwich was the first dish he ever learned to cook.

The group moved north to a cheese shop with just the right amount of attitude. Meats, craft beers and other specialty foods selected with an eye on keeping things local filled the rest of the shop, where you can order beer in mason jars if you are feeling parched from staring at so many varieties of cheese. Naczycz explained one of the best features of shopping in the neighborhood is the local economy the stores promote. If you buy from one shop, chances are they use a few products from another nearby, resulting in your dollar working its way through multiple local businesses instead of disappearing into a corporation’s coffer.

The Eat like a Local tour then headed farther north to Boerum Hill, stopping for a kitchen tour and sweets at the neighborhood’s most adorable cookie cafe before moving on to snack on Syrian spinach pie at Damascus Bakery. Along the way, as was the trend during the rest of the tour, Naczycz pointed out local landmarks and meaningful architecture. He also quipped the area’s reputation for proper hummus was enough of a draw to make the move from Manhattan to Brooklyn.

Then it was south through Cobble Hill to D’Amico Foods where Joanny and Frank poured cups of their iced Red Hook blend. Black and white photos of Frank’s father and grandfather hung on the wall as the couple described the process of roasting beans and helping local businesses and patrons develop their own personal blend. 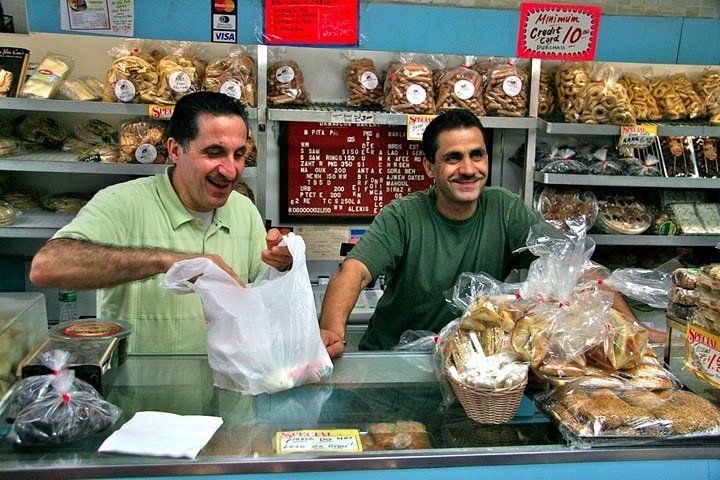 The group left smelling faintly of coffee and made its way to Brooklyn Farmacy, an old-fashioned soda fountain that opened last year. Original tiled floors and vintage medicine bottles lining the back wall hinted at the space’s original identity as a pharmacy. Within minutes, nine pairs of hands wrapped around tall glasses filled with frothy egg creams. It didn’t take much longer for the mixes of soda, milk and vanilla or chocolate syrup to disappear.

The tour made its last stop at a beer-centric gastropub, a sister to Jeff Lederman’s Bocca Lupo on Henry Street. The seamen who once roamed this neighborhood provided some inspiration for the space, which makes use of hand-built wood and steel furniture to give it a bold, rougher nautical feel. The 24 beers on tap pair well with the menu that on this day, yielded delicious pulled pork sliders, rosemary fries, and Cajun boiled peanuts.

Before tour’s end, Naczycz served up a special matter of fact. He said the Carroll Gardens, Cobble Hill and Boerum Hill eateries are much like the oysters that used to be hauled so plentifully from the city’s waters. They are a cherished part of its identity, but without proper care and preservation they could (and often do) just as easily disappear.

The Eat Like a Local tour is held Fridays and Saturdays at 2pm and costs $49. Urban Oyster offers a variety of other tours, like Brewed in Brooklyn, tickets for which are available through their website. Be sure to bring comfortable walking shoes, sunglasses, sunscreen, water, and of course, an appetite.

How to get there: Meet at Carroll Park after taking the F to Carroll Street. 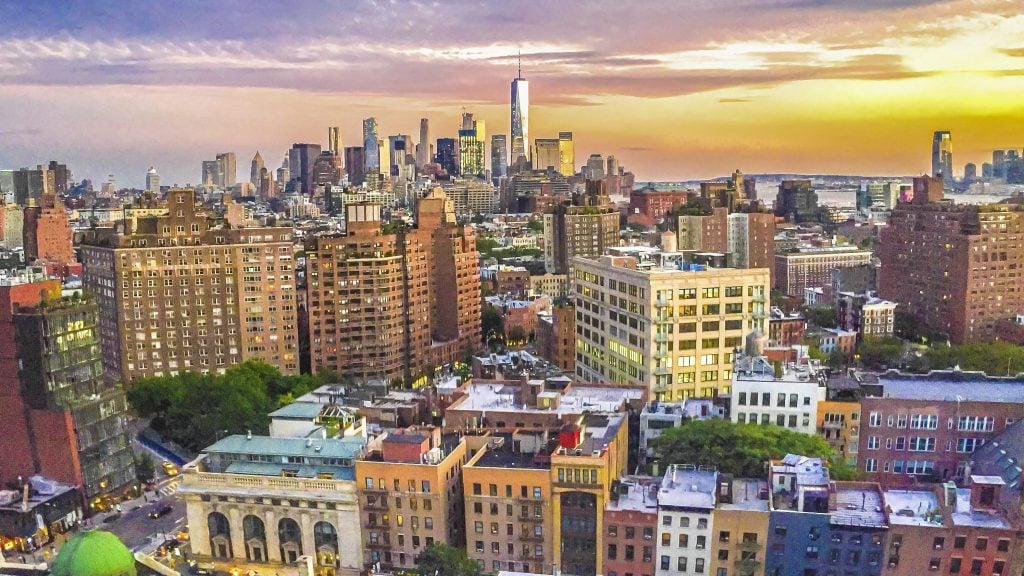