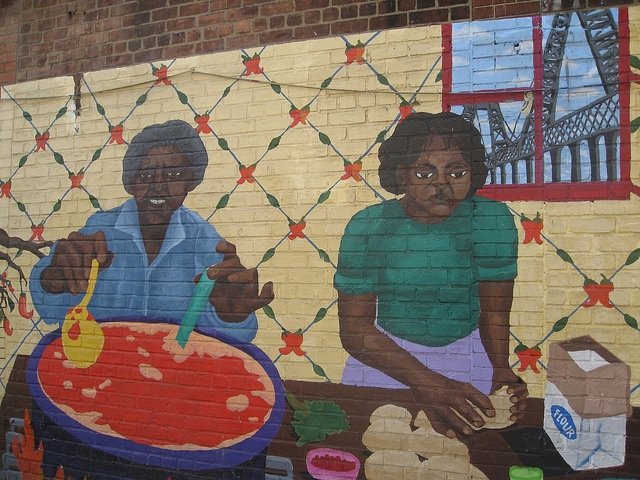 “With this tour we’re trying to transcend language barriers and make the market and Latin American cooking and cuisine something to celebrate as part of our shared city,” said David Naczycz, co-creator of Urban Oyster.

The Brooklyn-based tour company has introduced the hidden treasures of craft beer, food trucks, the Navy Yard and more through their explorations of Manhattan and Brooklyn. With the Immigrant Foodways Tour set to launch this Saturday, they will shed light on the Jewish and Latin American cultures of East Williamsburg, and identify the foreign delicacies present in the Moore Street Market and along Graham Avenue, also known as “Avenue of Puerto Rico.”

Immigrant Foodways is the result of one year of gathering oral histories of local shop owners. The tour will be a tasty education of the Moore Street Market’s formation, and will examine the changes to New York’s food system brought in by 20th century immigrants. Groups of 14 will be led to five or six weekly changing tastings, and will sample exotic foods such as empanadas and morcilla, or blood sausage.

By the tour’s conclusion, participants will be educated in Latin American cuisine, and will leave ready to select and prepare plantains and other dishes. A complimentary booklet of recipes will be provided to each participant. Co-founder Cindy Vandenbosch said, “It feels great to give this tour because we’re helping people who come on the tour connect with stories, cultures, and foods of immigrants from countries ranging from Puerto Rico to the Dominican Republic to more recent arrivals, including Mexican and Ecuadorian immigrants.”

Look for Urban Oyster’s “Eat Like a Local” tour to arrive in July!

Tickets for Immigrant Foodways Tour cost $39 per person, and include all food tastings, a bottle of water, a recipe book, and more. For directions and to purchase tickets, visit urbanoyster.com.