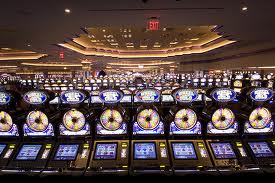 The call of the beach, boardwalks, nightlife, and casinos of nearby Atlantic City have attracted travelers for years, but the current costs have many people thinking twice about that weekend getaway. If you have a need to scratch the gambling itch every now and then, but don’t want to shell out the $499 a night on boardwalk hotels or expensive transportation fees, you’re in luck. There is a low cost option in New York’s backyard and all you need to get there is your Metro card.

Yonkers Raceway has been a staple in the New York area since its beginnings in the late 19th century. In 2006, Empire City joined the growing trend of racetracks becoming gaming centers by introducing 1,870 video gaming machines. These new gaming centers are adding more options, and a new twist on the quintessential three-cherry slot machines.  At Empire City, there are over 5,500 slots ranging from one-cent to $100 machines, with new bonus rounds sporting clever titles and cartoon characters.

Newcomers to racetrack gaming may experience a bit of video arcade nostalgia. Only at this arcade, there’s the prospect of making some serious cash. Choose from games like “Milk Money” that feature cartoon cows wearing shades and barns and bells that replace the traditional cherries. (Get three “udders” in a row for the interactive bonus round.) For all the old-schoolers, fret not; there are plenty of cherry-filled machines, and poker fans can get their fix with video poker.

The gaming center features several bars, three full-service restaurants, the Lillian Russel Cafe and an international food court that offers a wide variety of fare at moderate prices. Leave your binoculars but bring an empty stomach to Empire Terrace, situated next to the racetrack, and share the enormous Empire City Roast Chicken with whipped potatoes and a Caesar salad made table-side. There are TVs and pari-mutuel betting at every table.  Or try the prime porterhouse at Tavern 1899, an upscale venue reminiscent of an old vintage steak house.

Where to be entertained

Every weekend there are live musical acts in Gotham Palace’s lounge. On Thursday nights there are tributes to some of the “greats” like The Who and U2, as well as live performances by Northeastern bands on Fridays and Saturdays. The events and promotions schedule changes each month. Like many casinos, Empire City offers a free membership card that enters players into many promotions and raffles in an effort to encourage people to return.

Where to place your bets

The famous track stands out as one of the few remaining tracks in the United States where harness races take place year round; usually five to six nights a week depending on the season. If there aren’t any races at the time, there is always the option to bet on live races at other tracks using the Simulcast system.  Despite its rapidly growing popularity (with plans to add nearly 9,000 additional slot machines), Empire City is still in infant stages, so there is plenty of time to watch it grow. If you can’t make it to the boardwalks casinos, take the train to Yonkers, the “Jackpot Next Door.”

How to get there: There are several options, by subway take the number 4 train to Woodlawn. From there, hop on the #20 Beeline bus (which stops at the subway station). The Beeline also accepts Metro cards. 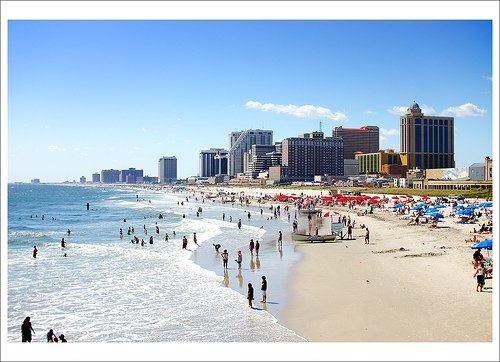 Take the Bus From NYC to Atlantic City