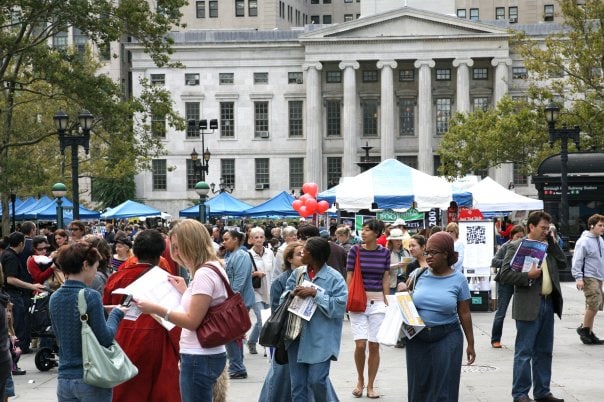 On the 5th anniversary of the Brooklyn Book Festival, programming expands to include the bookend feature—an additional roster of cross-cultural literary events. “People wanted more. A one day festival was not enough to fill their literary appetite,” said Mark Zustovich, a Brooklyn Book Festival spokesman. “This is a way to present literary events that don’t fit within a traditional festival format and support the great literary locals in Brooklyn.” 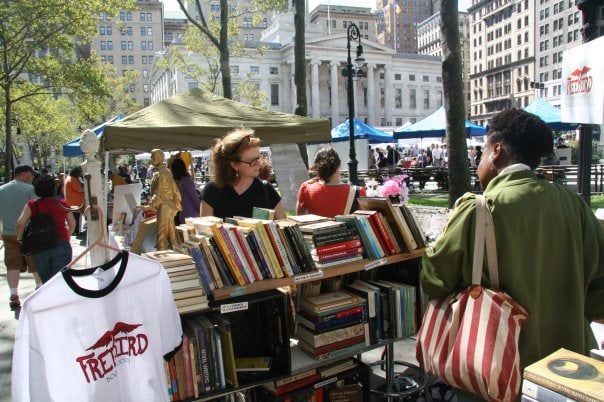 riday and Saturday evening events occur in bookstores (Greenlight Bookstore, powerHouse Books) cultural venues (Light Industry, St. Ann’s Warehouse) and clubs (Coco 66, Littlefield) all based in Brooklyn. On Sunday, the festival’s full day of free activities occurs in the hub of downtown Brooklyn and will including another festival first—picnicking in the park. A host of sponsors including the NYC Department of Parks and Recreation, St. Francis College as well as the Brooklyn Historical Society have opened up halls and green spaces, so that “the Book Festival includes the best of Brooklyn and the best of the rest,” says Brooklyn Borough President and festival founder, Marty Markowitz.

Book It to These Events
A few Brooklyn and green themed activities of note include: Brooklyn’s new poet laureate Tina Chang moderating her favorite poets as they read from their work in Brooklyn Poet Laureate Presents at 10a.m.; the Brooklyn Remix Lit Match Awards unite students of the Brooklyn Remix borough-wide writing contest, and Troupe Classics performs classic children’s books in the Target Children’s Area; 11 a.m. BAM’s Kafka on the Block in conjunction with BAM’s Next Wave Festival performance of Metamorphosis hosting a panel discussion on Kafka’s legacy; at noon One Story presents readings by three Brooklyn authors published in the magazine including Reif Larsen (The Selected Works of T.S. Spivet); and the Brooklyn Historical Society will present The Legacy of  Zinn (1922-2010) a discussion of the Brooklyn-born historian, author, anarchist, socialist, activist, and playwright. 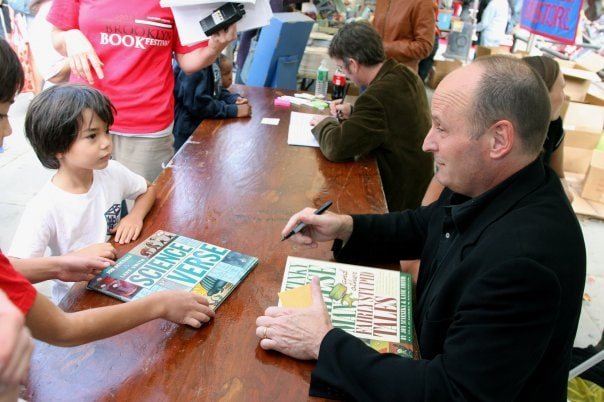 At 1p.m. there’s Brooklyn’s Cookin’ with Edible Brooklyn’s Rachel Wharton and popular Brooklyn chefs in discussion. At 3p.m. local humorist John Hodgman and others discuss their works in Finding the Funny: The Humor of the Everyday followed by a discussion of the value of sustainable environmental practices in It Ain’t Easy Being Green with Beavan (No Impact Man), Heather Rogers (Green Gone Wrong), Anna Lappé (Diet for a Hot Planet), and Miyun Park (Gristle). At the closing hour of the festival you can hear the dramatic readings in The Play’s The Thing with Jake Ehrenreich’s A Jew Grows in Brooklyn, a musical and memoir about the reflections of a first generation American growing up in Brownsville, Brooklyn.

Since ticketed events fill up fast, first time attendees and repeat festival goers are encouraged to plan their day using the “2010” events guide for a full list of stages, panels and times at the even website below.

Cost: Free, although some events are ticketed. Tickets can be claimed at festival booths one hour in advance of the program. See individual bookend events for costs or suggested donation amounts.

A Mom and Pop-Up Shop