Home Archive A Communal Feast: Four Tables to Gather Around in Brooklyn 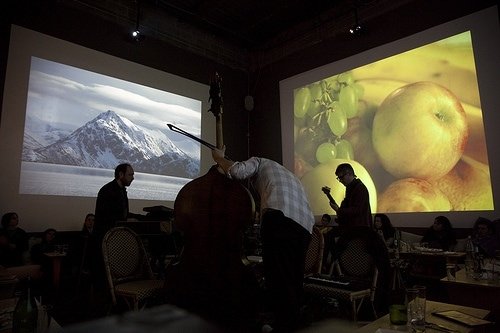 The late John Updike said, “Americans have been conditioned to respect newness, whatever it costs them.” In search of the taste of something new, over a wintry weekend I embarked on a solo tour of Brooklyn’s hidden gems: communal restaurants.

Hungry for brunch, I took the F train one stop to Dumbo, to a café and bar called The General Store (111 Front St, 718.855.5288, dumbogeneralstore.com). A small ramp off Front Street led into a spacious room bearing high ceilings, elongated windows facing out, and two large communal tables. On a Sunday afternoon, every type of diner was here, from those tout seul to couples, a group of friends, and families.

I sank into a homey seat at “the big table,” a far cry from the Pain Quotidiens of the world, and taking a cue from others, I ordered a short stack of pancakes, fruit compote, and a side of scrambled eggs. Within ten minutes, discourse between strangers swirled pleasantly over the plates and the barista was bringing over my food, ultimately a good choice. I got a soy latte and left the sounds of indie rock and laughter, thinking there is nothing General about this place.

Five minutes off the L train at Bedford Street I found the plump, stenciled red letters that marked the next spot. A venue envisioned by Montgomery Knott, Monkey Town (58 N 3rd St, 718.384.1369, monkeytownhq.com) has a few inspirations, among them the owner’s nickname and the fact that Williamsburg was once filled with monkey graffiti.

Inside the smoky gray front dining room, on my way to one of Brooklyn’s best kept secrets, I passed by a large jungle mural on one wall and under a chandelier made out of cardboard scraps from carpenter Andy Barret’s global travels. When I arrived, it was instantly clear why the back dining room makes Monkey Town unique. Often filled to its capacity of 50, the free admission space doubles as a theater, where films are projected onto four floor-to-ceiling screens (pictured above). The performance calendar includes a range of video art, films, live music, and dance. “The back room has its own communal energy and fluctuates every night with the crowd and performance,” said Knott.  The menu is organized by categories: earth, land, sea, and the classics. When you visit, narrow your options to the Portobello mushroom pave, Indian thali with four chutneys, Greek yogurt gundi, roasted rabbit crepinette, and the lemon steamed striped bass. “We serve experimental food for your lost Manhattan soul,” said Knott. “Brooklyn is alive in a way that Manhattan will never be.”

If light fare strikes your fancy, Knott suggests the organic mixed greens with candied pumpkin seeds and the dark chocolate cremeux for dessert. For the rest of you, you’re here to indulge, so pick the white bean and chipotle ravioli with ricotta followed by a vanilla sorbet-topped apple walnut potpie. You’ll soon realize after the plates are scraped clean, that Monkey Town is what’s been missing in your life.

The northeast point of Brooklyn in Bushwick harbors Northeast Kingdom (18 Wyckoff Ave, 718.386.3864, north-eastkingdom.com). I sat down at a beautiful shellac wood table, and quickly sensed how the old rustic setting was inspired by the owner’s hometown in Vermont. Paris Smeraldo explained, “I wanted a break from the industrial landscape with a Vermont, Yankee aesthetic. When I found this corner location, I thought, perfect.”

You can taste the passion in Chef Andy Gilbert’s cuisine: heart of palm salad, goat cheese croquettes, grilled wild bass atop mustard greens; the flavors are mind-numbingly good. I waited for dessert while the singles mingled around a circular bar, ordering drinks Tom the wine buyer recommended, baristas in plaid shirts picked up plates, and cooks wearing bandannas whipped up my milk chocolate hazelnut torte with the dollop of crème that diminished all feelings of fullness. “My goal is to turn people onto food without bludgeoning them,” said Smeraldo. It is no wonder he had to disband the former harvest communal table in order to accommodate a growing crowd.

My final destination was South Park Slope and a year old cozy drinking and eating room, Beer Table (427 B 7th Ave, 718.965.1196, beertable.com) Husband and wife team Justin and Tricia Phillips squeezed their collective passion for rare and special beers into a 350 square-foot-restaurant, tiny dimensions that Justin said were intentional. “You’re getting a lot of us in this space. It feels more of a home than our real one.” To bring a personalized touch of light to the room, he drilled holes into 20th century repurposed mason jars that his wife purchased off eBay and then hung from the ceiling. Beer glasses hang underneath a chalkboard menu with weekly changing draft specials, and exposed brick walls compliment three red communal beer tables, which form a vanishing point to the kitchen.

“The space is awkward enough to challenge me to have that communal interaction. I like the intimate setting of educating people about beer,” said Phillips, who previously worked for a beer importer. His draft of choice is a 2007 vintage Abbaye from Switzerland. “We want to expose you to new flavors. We’ll open you a bottle and if you’re not into it, we’ll make it disappear.” If Beer Table is your last stop before bed after a long night out, pair the Abbaye with a homemade dessert snack of Bayley Hazen blue cheese with dried cherry compote and wildflower honey on bread created by recently hired chef Julie E. Farias.

Following my weekend’s introduction to communal dining in Brooklyn, I think of something Paris Smeraldo said. “There’s more to tell about New York than Times Square. Explore beyond what’s beyond you. 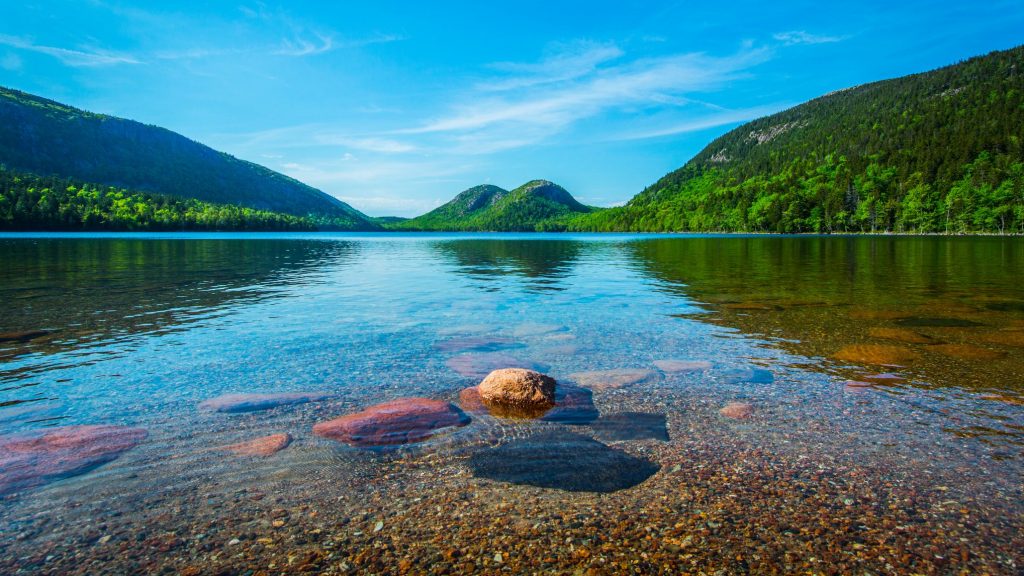