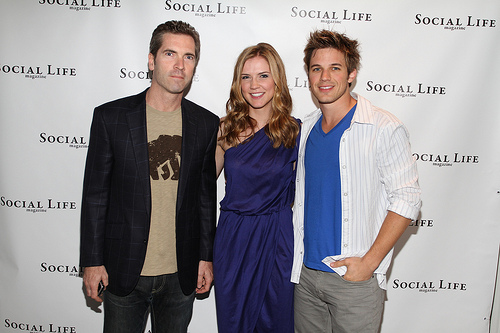 June 3, 2010 – The warm evening air at an estate in Watermill, NY pulsed with the beat of DJ Tyger Lilly, as guests munched on hors d’oeuvres, sipped summer cocktails and chatted about summer plans. The Social Life Magazine Memorial Day kickoff event drew an elite gathering of Hampton locals and those in for the weekend festivities, including featured celebs Matt Lanter of the new 90210 series and Sara Canning of Vampire Diaries. Among the memorably dressed guests, one young man draped in a sequin-encrusted floor-length jacket, topped it all off with some serious neck bling and sunglasses worn even in the fading light.

Read on to get a sense–from the tanned and tippled partygoers—of the green movement in the Hamptons.

“I’ve actually changed my client’s lives. I work with B. Spoke Tailor and try to make my canvasses green for the environment; I communicate with the mill in Italy to produce greener products. That’s really how I’ve been trying to make a change, through clothes. The hot places this summer are going to be private homes, but a big club is Axe Lounge, which is a hot spot in Southampton.”
—Doug Rosenblum, menswear designer, C. Oliver Custom

“One green thing that I did today…I threw away my bottled water into a recycling bin. That’s a cool thing that I think we should all do more of. Back home in LA, they actually provide everybody with recycling bins, so it’s really nice. We opened all the windows [at the hotel] and let the natural air flow through.” His publicist adds, “And we totally carpooled here.”
—Matt Lanter, actor, 90210

“I have an engineering company and we invent a variety of products in different industries and we really put a lot of effort in the green movement in a different kind of way. Right now we’re creating musical instruments with a green component. It’s going to be like a party favor and instead of throwing stuff out you can actually plant it.”
—Eric Koenig, inventor, President of Koe Lab

“What’s really exciting is that the younger generation is very conscious of the environment and that’s amazing. It’s an awareness that wasn’t around before and it’s very striking now. It’s a positive difference and I think it’s great to have vehicles that are environmentally conscious, and lots of  development in that area, even in the Hamptons, where I’ve seen a lot of solar paneling, which is great. It [greening of the magazine] is one things that we’re looking into that I would love to do.”
—Devorah Rose, Editor-in-chief of Social Life Magazine

“It’s tough to integrate to be honest with you. To do it is a difficult thing. You have to think about it and you have to find out how to go green without it affecting the quality. I think it’s going to take some time. The thing is, I really have a great interest in green energy, especially the green credits that they have. But to integrate it into a publication is very difficult, but we will be trying to do it a little bit more.”
—Justin Mitchell, Publisher/President of Social Life Magazine 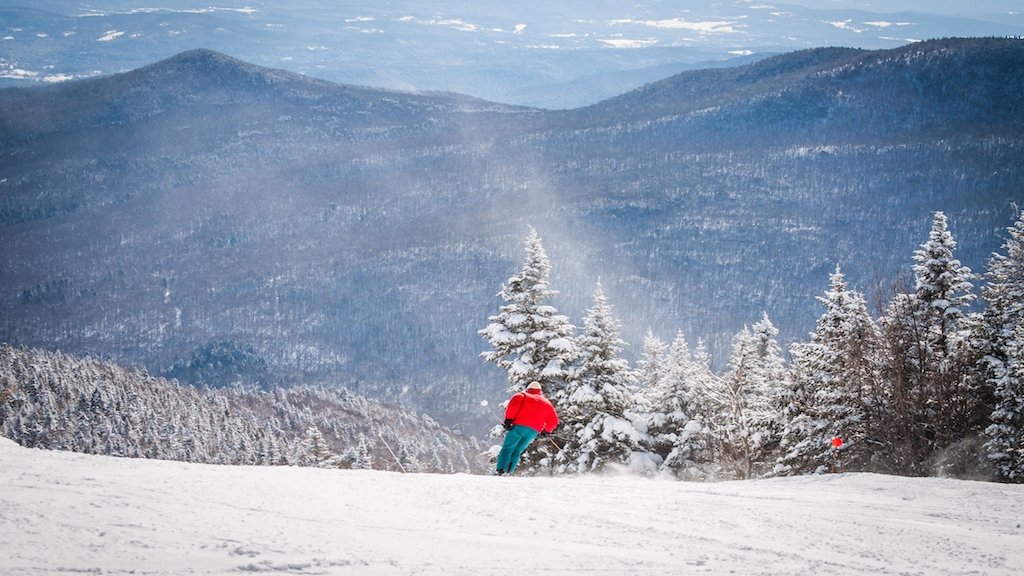 The Best Women’s Ski And Ride Clinics In Vermont