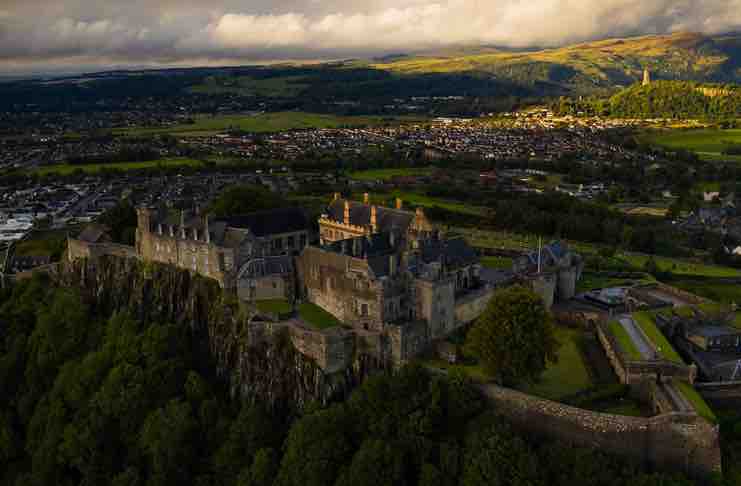 Scottish landmarks are famous throughout the world, as they were regarded to be some of the most breathtaking places to visit. Scotland has some of the best tourist attractions with a lot of natural beauty which attracts tourists from all over the world, especially if you love nature. The country is full of interesting history and culture that makes it a very popular destination for tourists.


No matter what time of year it is, there are always things to do and see in Scotland. If you’re looking for a place that is full of natural beauty, history, and culture, then look no further than Scotland! With some of these locations being quite a distance from each other, consider affordable options for car hire in Edinburgh Airport if you’re flying in, and with that said, here are some of the most famous landmarks in Scotland that you need to add to your bucket list.

Inverness Castle is located in the Highland capital of Inverness. Built on top of an Iron Age hill fort, this castle was first built in 1836, though a previous castle has existed here since the 13th century. From its highest point, you can enjoy spectacular views over the River Ness and beyond to Ben Wyvis and Moray Firth.

Check out this video to get a glimpse:

The Falkland Palace is a royal palace in the town of Falkland, Fife. It has been used as a royal residence by the Scottish and English monarchs since 1450. The palace is open to the public and contains tourist attractions such as a museum, garden, deer park and falconry center.

This beautiful palace is the official residence of Queen Elizabeth in Scotland. It was built on the ruins of a 12th-century abbey and sits at the bottom end of Edinburgh’s Royal Mile, opposite The Queen’s Gallery. Members of her family carry out many engagements there each year, including official ceremonies, receptions, and investitures.

The Edinburgh Castle looms large over the panorama of the city of Edinburgh from its position on the volcanic rock known as Castle Rock. It has been used as a royal residence, garrison, prison and even an asylum. The castle is open to visitors all year round and contains tourist attractions such as historical exhibits, the Crown Jewels of Scotland and the Scottish National War Memorial.

Watch this to learn more:

The Culloden Battlefield is the site of the last battle fought on British soil, which took place on 16 April 1746 between the Jacobite army and government forces. The battlefield is open to visitors all year round and contains a visitor center with exhibition rooms, a café and a shop.

The Glenfinnan Monument is a tower erected in 1815 to commemorate the raising of the Jacobite standard at Glenfinnan by Prince Charles Edward Stuart in 1745. The monument is open to visitors all year round and can be accessed via a short walk from the car park.

The Urquhart Castle is a ruin of a medieval castle on the western shore of Loch Ness. It was built in the 13th century, though it has been destroyed and rebuilt several times since then. The site is open to visitors all year round and contains tourist attractions such as an audiovisual show, café and shop.

The Lothian Castle is a castle in the city of Edinburgh, Scotland. It is located on Lothian Road and was built in 1433 by King James II as an artillery fortress to protect against attacks from northern England. The castle is open to visitors all year round and contains tourist attractions such as a museum, garden, café, and shop.

The Stirling Castle is a royal castle in the city of Stirling, Scotland. It was first built in the 12th century by King William I and has been used as a royal residence by Scottish monarchs ever since. The castle is open to visitors all year round and contains tourist attractions such as historical exhibits, the Crown Jewels of Scotland and the Great Hall.

The Glasgow Cathedral is a medieval cathedral located on Castle Street in the city of Glasgow, Scotland. The building was first built in 1136 by King David I and has been used as a place of worship ever since. It is one of only four Scottish cathedrals to survive the Reformation intact, along with those at Dunblane and St Andrew’s Cathedral in Fife.

Scotland is one of the most beautiful destinations in the UK and a hotspot for tourists looking to explore all it has to offer. Whether you’re visiting Scotland for your honeymoon or just going there on a short break, this country will inevitably leave you with an unforgettable experience. If you want to make sure your road trip around Scotland is as epic as it can be, you should definitely visit some of these discussed landmarks. 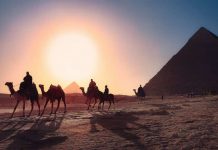 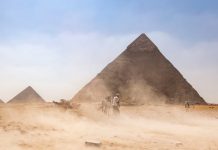 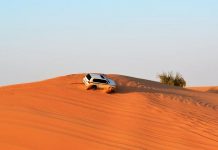 3 Reasons To Add Pocket Knives To Your Travel Checklist

10 Dreamy Wedding Destinations in Georgia That You Must Check Out!