Home Bus Where to Play Like a Winter Olympian Near NYC 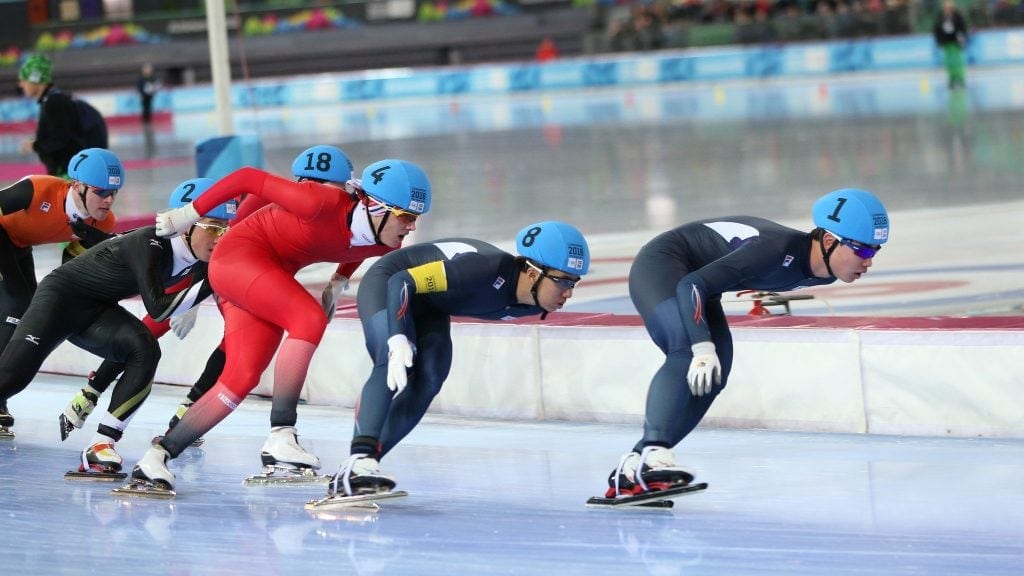 Biathlon. Curling. Speedskating. Luge. For the average person, these sports only mean something every four years, when the world comes together to watch and revel in the Winter Olympics. While we may not always pay enough attention, seeing these athletic feats— rocketing down ice at 140 km/hour, sharp shooting a target while on skis, landing the double McTwist 1260 in the snowboard halfpipe—are enough to impress anyone.

So, in the spirit of the 1980 USA hockey team, Bob Costas’ nicely coiffed toupee, and the 2,000 plus athletes who will biathlon, luge, snowboard and represent their country, here are six places near NYC to inspire your inner Olympian.

The Bobsled rides come complete with a professional driver and breakman, and take you through the turns of the actual Olympic course, winding through turn “Shady,” grooving around “Labyrinth,” and rumbling through “The Heart.” Whiteface.com describes the ride: “You’ll go faster than you’re allowed to drive a car through town.” What more could you want? You’ll also get a commemorative bobsled lapel pin, a team photo, t-shirt, sticker, and (our favorite), membership in the U.S. Bobsled and Skeleton Federation. (Adult prices are $95 per person. For reservations: Call 518.523.4436 or email oscreservations@orda.org.)

We have always wanted to try the biathlon. A 200-pound guy can burn more than 630 calories per hour cross-country skiing, and of course, there are guns involved. Seems like men the world over should want to be biathletes really, save for the spandex suits, perhaps. At the Lake Placid Olympic Sports Complex, they can live it. Take an hour-long freestyle skiing lesson with experienced instructors and then head out to the range (under watchful supervision) to see if you can hit the target. (At $55 for both, it is a bargain biathlon experience.)

How to get there: Bus Service is offered by Adirondack Trailways Service between New York City and Lake Placid. Call 800.225.6815 for schedules and routes, or 518.523.2811 for more information about the activities.

If you’re inspired by the sound of skates cutting across the ice, check out Blue Streak Sports Training just a short Metro North Train ride away in Stamford, CT. At Blue Streak, an extremely in-depth hockey course is available from Athletic Republic through a “systematic progression of hockey training programs appropriate for all ages.” Through a fascinating, science-based system, players (and aspiring players) will work on speed, skill, power, agility, and technique. A shot like Wayne Gretzky may be just sessions away. . .

When you were growing up, some of you may have wanted to skate like Scott Hamilton, Dorothy Hamill, Kristi Yamaguchi, Brian Boitano. . . Katarina Witt was just so classy and Nancy Kerrigan was our home state hero. Whether or not you’d like to take the time to learn about the new generation of figure skating stars, you can still fulfill those childhood dreams of skating your heart out. With 26,600 square feet of ice in the heart of Prospect Park, Lakeside Rink is the place to practice your cross-overs, back cross-overs, sit spins, double axels, triple salchows, and flying camels. It is also much more affordable than the rinks in Manhattan at just $7.50/11 to skate on weekdays/weekends and $8 to rent skates. Open every day through March 14. Fridays are ½ priced.

How to get there: Lakeside Rink, located near the Parkside Avenue/Ocean Avenue entrance of the Park. Take the Q, S, or B Train to Prospect Park station and walk to the park.

Do not pass go. Do not collect $200. Go straight to oM for this piece on the best places to cross-country ski near NYC. (Including our favorite spot in Jersey.)

How to get there: High Point is a short taxi-ride from nearby Port Jervis, New York. Port Jervis is accessible by train (New Jersey Transit out of New York Penn Station) or by bus (Short Line out of New York Port Authority). $19 adult half-day ticket, $17 child.

Just over the bridge into Flushing, there is a short track speed skating club that offers even the most beginning of skaters a chance to feel like five-time Olympic medalist (and 2007 Dancing with the Stars champion) Apolo Ohno. Skilled coaches will teach you to lean over and touch the ice as you take each turn, and as Apolo Ohno says in a Vancouver Olympics commercial, “skate with these incredible, long knives on your feet.” First time skaters are given one free session; 2nd and 3rd time is $25 per session, and then all skaters must officially join Flushing Meadow Speed Skating Club and pay club dues. You then have the opportunity to compete in the club’s races, and you also must join U.S. Speed Skating for insurance purposes. Stephen Colbert would be extremely proud.

How to get there: Take the 7 train from Grand Central- 42nd St. to the end of the line in Queens, Flushing Main Street. Take the #7 Flushing IRT express to the Flushing Main Street (last) stop (end of the line). Exit on Roosevelt/ Main St. Walk towards 40th St./Rd on Main Street. Turn right on Stanford. Turn left on College Point Blvd. Turn right on Avery St. Walk under overpass Rink and Pool will be right in front of you. Walk will take about 15 minutes for a fast walker. Glenn Corso at gcorso@optonline.net for more information.

Channel the charisma and skill of 2006 Olympic Gold Medalist Shaun White, or the strength and grace of past Olympic Gold Medalists Hannah Teter and Kelly Clark with a trip to the nearby mountains for a day of riding. As also highlighted by oM to kick off this winter season, two of the best nearby bets are Hunter and Mountain Creek. Hunter offers three mountains with trails like Mad Box (Black Diamond), 7th Avenue (Blue), and Off Broadway (Green).

At Mountain Creek, snowboarders can hit the Terrain Park, day and night. Girls Only Shred Sessions take place every Tuesday night at the Creek starting at 6:00pm, during which one or two features in the park are closed to the general public for the girls to rock out all on their own. It’s not a contest, but they still offer weekly prizes— the equivalent of your own Olympic Gold Medal.

How to get there: Explore offMetro’s Mini Guide to Skiing and Snowboarding for specific directions, or check out Urban Sherpa’s bus offerings. 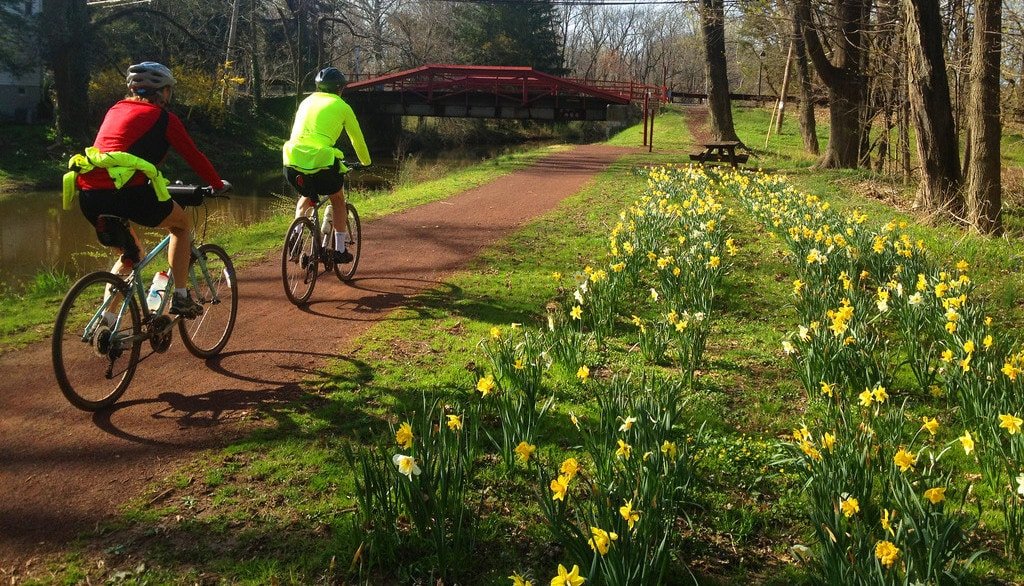 Once Upon a Bike: A Guide to Great NYC Cycling Events...