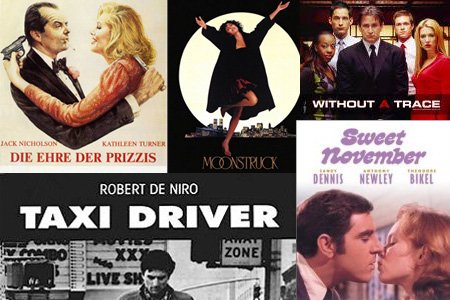 What: “Hollywood In the Heights” Film Premiere/Centennial Celebration on behalf of Brooklyn Heights Association

Why: Before Brooklyn Heights became known as a second hand fashion destination and the home of the annual, well attended Brooklyn Book Festival, its historic streets lined with row houses, mansions, and brownstones were the backdrop for legendary movies that put the neighborhood on the map.

On Wednesday, January 20th, Academy Award-nominated filmmaker and novelist Peter Hedges will host the Brooklyn Heights Association centennial kick off celebration with the Hollywood in the Heights film montage. The screening will provide an up close look at an idyllic cinematic neighborhood preserved by the BHA. There will be clips from the Scorsese directed Taxi Driver, three-time Oscar winning film Moonstruck featuring Cher and Nicholas Cage, Prizzi’s Honor with Jack Nicholson and Oscar winning Angelica Houston, as well as the original 1968 Sweet November.

Enjoy a panel discussion about professionals and notables in the film industry along with the announcement of BHA’s lineup of centennial events for the year. Brooklyn Bridge shaped cookies and sparkling drinks in the foyer will follow.

And it is awards season after all, get with the program.

How to get there: Take the 4 or 6 to the J at Chambers Street, heading to Prospect Park. Get off at Court St. Head South on Court, then right on Remsen. For more info call Auster Agency at 718.243.1414 and to confirm attendance, email bha@austeragency.com. (St. Francis College, 180 Remsen Street, thebha.org)