Home Brooklyn Guide to Court Street: Some of the Best Known Secrets of South... 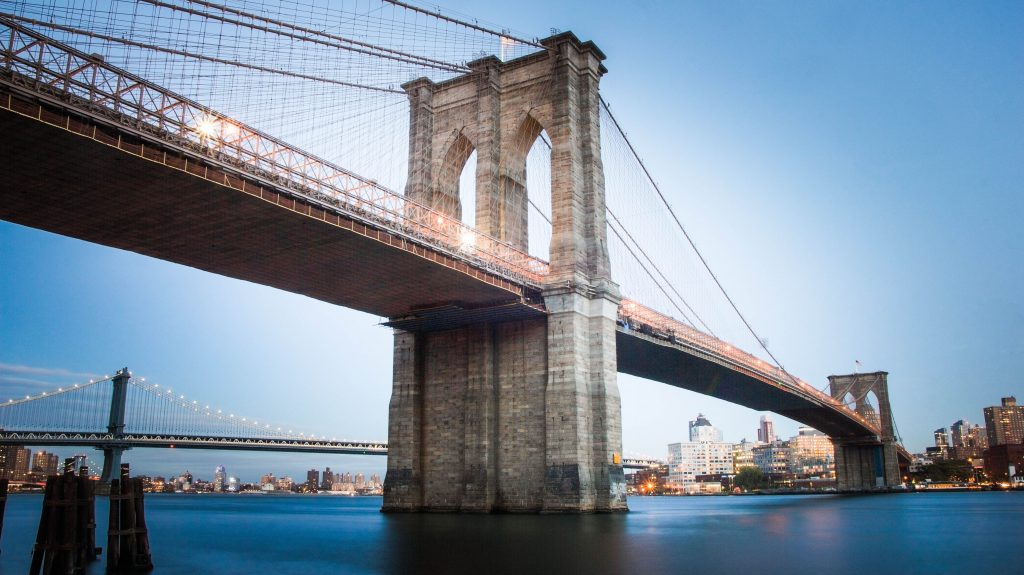 A Brooklyn friend of mine once spoke of hiring an old Italian contractor to work on his house. The man asked where he lived and when my friend replied, “Carroll Gardens” the contractor laughed dismissively and corrected him, “It’s all South Brooklyn.” And Court Street is a big part of it, at least for me…This post is a short guide to this wonderful place.

What was once known as South Brooklyn is actually in the northwest portion of the borough. The name comes from its location south of Atlantic Avenue. This is all ancient history for a relative newcomer like me. By the time I arrived and took a sublet in Carroll Gardens, Smith Street was several years into its transformation as Restaurant Row, hip enough to be mentioned in Jonathan Franzen’s “The Corrections” and attracting emerging Manhattan chefs left and right. Even as a newcomer, I sensed something decidedly un-Brooklyn about the street’s new incarnation and – perhaps because of a subconscious desire to be closer to my California roots – I found myself wandering a short distance west to Court Street.

Several years, moves, and sublets later, I’ve taken a place in Cobble Hill (with apologies to the old contractor) and continue to explore Court’s varied charms.

You might need to gather your courage to brave walking by the giant pig with a chef’s hat outside G. Esposito and Sons Pork Store, but it will be worth it once you’re inside. Pork is only part of Esposito’s charm, and if you’re lucky enough to catch some behind the counter family banter, you’ll understand why “and Sons” has been included in the name. The establishment is well known for its homemade sausages, rice balls, and large selection of deli foods including a mean Italian sausage sandwich topped with fresh ricotta and broccoli rabé. 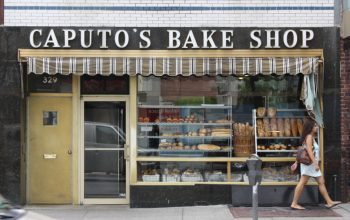 I was never a big rainbow cookie fan until I sampled those offered at Caputo Bakery. These tri-colored gems are deliciously coated in a dark chocolate covering and are supremely fresh on the inside. Caputo is also known for a fine selection of crusty, French, and Italian bread baked on the premises. It’s an old school shop with authentic Italian flare and none of the pretense of some of its newer competition.

“Ca-li-for-nia here I come, right back where I started from!” This is how the guy at Sal’s Pizza Store answers, in a thick Brooklyn accent, when I call to order a delivery on my cell phone, which still has a “415” area code. For my money, this alone would make the place worthy of recommendation. Their pies and slices feature a perfectly done, thin and crispy crust, reminiscent of that found on Bleecker Street Pizza in the West Village. I’m also fairly certain that I saw the proprietor getting a shake-down by a local waste management representative, but don’t quote me on this. Now that’s real Brooklyn. 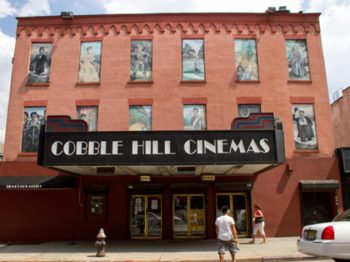 In an age of faceless, monotone megaplex theaters, it’s refreshing to take a well-worn seat at a shabby-chic multiplex in this ‘hood. Cobble Hill Cinema is a throwback to a time when theater owners painted large, slightly disproportional heads of various film celebrities on the stairway walls. It’s a great spot to sneak away for a bargain weekday matinee, à la Woody and Mia in “Crimes and Misdemeanors.” Occasional projector mishaps, average sound, and old seats are a small price to pay for a spot that lends tribute to a dying breed of a movie house.

If you’re looking to take some fresh fish home for dinner, Fish Tales is the place. This gourmet seafood market combines an inoffensively trendy feel with old school fish shop sensibility. They claim to be up at two o’clock every morning, “personally selecting” the catch at the Fulton Fish Market. If the halibut I recently purchased is any indication, I believe the assertion. The prices may be a bit high, but they reflect the quality of the product. While you’re ordering, the guys behind the counter give you their undivided attention and can talk more than just fish. Catering is also available.

“Rock and Roll Thai” might be the best way to describe Joya whose good food, ample portions, and low prices keep folks lined up outside during peak hours. A dark, stylistically simple interior and concrete flooring lend to the dance club ambiance. The place really moves with a lively atmosphere, loud music, and a buzzing crowd. There is a nice outdoor garden, and a small, full bar is available if you care to stand shoulder to shoulder while waiting for your table. Cash only. 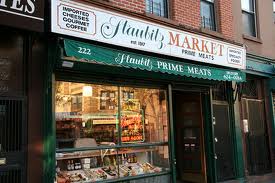 The first time I heard of Staubitz Market – voted “Best Brooklyn Butcher” by the New York Press – was from the same friend who hired the old Italian contractor. He spoke of suffering the owner’s derision after asking if they carried turkey sausage. He also told me about meeting a Scottish professor at a party who recalled his own experience at Staubitz. The man asked the same owner if they carried haggis, and the owner welled up with emotion, explaining that they were prohibited, but added: “God bless you for asking.” In an age of marauding vegans, an old school butcher shop like this is a rare and treasured find. The guys behind the counter will gladly help you with special cuts, the quality is unbeatable, and they deliver. 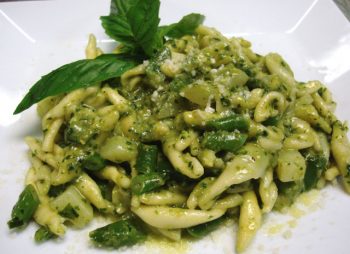 If you’re looking to top off your day of Court Street exploration with a fine Italian meal (and particularly if you’re heading back in the direction of the Borough Hall subway station) Queen is the right choice. This is a place that comes up repeatedly in conversation with Brooklyn locals and usually with curious intonation: “You ever give that ‘Queen’ place a try?” Famous for their large bread baskets and fresh mozzarella, they also do fish, pasta, and meat right. Family-owned since the fifties, Queen does suffer a bit from the less than charming surroundings of downtown Brooklyn, but once you get inside everything’s fine. Approaching the restaurant through Brooklyn Heights after a nice stroll on the Promenade will remedy the situation.

There you have it. An almost straight walk down one of Brooklyn’s famed thoroughfares. Even if you decide to check out Smith Street on another day, you can do it in good conscience knowing that you’ve paid Court Street its proper respect.

Take the 2, 3, 4, or 5 subway train heading South to Borough Hall. Exit near the intersection of Joralemon St and Court St. Go South on Court St towards Livingston St until you reach your destination. Alternatively, take the M or R train south to the Court St stop, or the F Train to the Carroll Street stop and walk west to Court St. 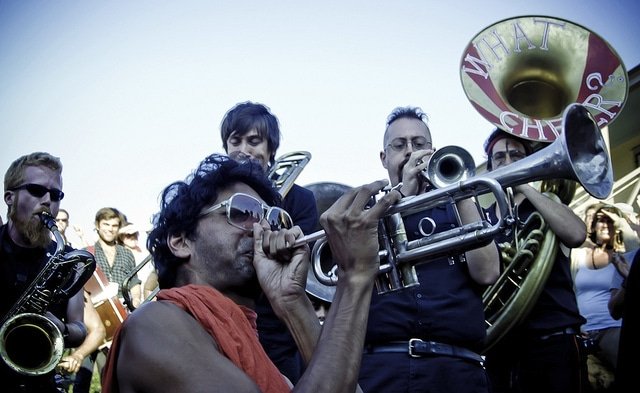