“What breed of ant is that?”

While that might not be the first thing that comes to mind when you spot an ant crawling across your tabletop or just along its merry way on the ground, it’s nevertheless a worthwhile subject to consider when strolling or picnicking at Central Park.

There are thousands of ant species worldwide, and it’s essential to familiarize yourself with them if you want to avoid the “problematic” ants. Of course, we don’t mean all the thousands of ants in the world. Rather, learn about the ones most common in your city and neighboring area, to get a fair idea about what you might expect.

And if you live in New York City, or visiting the Big Apple, what better green area to focus on than Central Park? The infamous park is home to dozens of species of ant, and below, you’ll find the most common, how to spot them, and what damage they risk doing to your home.

Most Common Ants in Central Park:

Usually measuring no more than 1/16 of an inch in size, pharaoh ants are recognizable by their unusual coloring. Pharaoh ants are typically light yellow or red in color and leave behind a distinctive scent trail, to guide them between their food source, and their shelter.

Pharaoh ants can be quite a nuisance for homeowners, thanks to their nest-building habit in every single area they inhabit. Not only that, but pharaoh ants will also reproduce rapidly, which means that once they’re in the house, you could be dealing with a lot of them in a very short amount of time.

You know pavement ants since they tend to make their colonies in the cracks in the pavement (though they will move into homes if they offer particularly attractive food sources). These ones can measure up to 1/8th of an inch and are dark brown. Pavement ants bite or sting very rarely, though they can still pose a threat to your food.

Check out this clip to learn more about the Pavement ant:

Field ants are not ones to be easily dismissed. Growing up to 3/8ths of an inch, they come in yellow, red, black, and brown patterns. Although they much prefer nesting outside, they may come indoors, looking for food. The big issue with field ants is that, when angered, they will bite and inject a deeply painful venom in their victims.

Carpenter ants are a big concern for homeowners since they mostly make their nest inside moist, rotting wood. This can mean severe structural damage very quickly. Not to mention how tricky they are to get out, once they’ve set up shop inside your home.

Carpenter ants are, however, easier to identify. Since they can grow up to ½ an inch and have deep red bodies, you can usually pick them apart from other ants.

These cutesy-sounding critters live in huge colonies that usually span over two thousand members. In Central Park, they can be found under rocks, or in the grass, though they prefer dry areas to damp. Though they typically will avoid coming indoors, they might become a problem, in the sense of contaminating your food.

You’ll know the citronella ants by their bright yellow-orange coloring, but also by the light citrusy scent they give off when crushed (though don’t knowingly crush them if they’re not bothering you!).

It’s unlikely to find a citronella ant in your home, as they prefer the outdoors, but you may observe them along the concrete in Central Park.

Watch this to learn a bit more about the Citronella Ant:

This last breed of ant is considered a nuisance because of its immense colonies. (A single one can include thousands of members and even hundreds of queens.) The Argentine ant likes to live in moist areas, and as such, can rapidly barge into your home, which you definitely do not want. Though it can live in parks, as well.

Bottom line, pay attention when you’re walking about, but also indoors, and if you suspect an ant infestation on your property, act fast. Hire a professional pest removal expert, such as Magic Touch Exterminating and Wildlife Control. Remember, the more you wait, the more damage you are inviting into your home (not to mention allowing the ant colony to grow). So don’t wait. 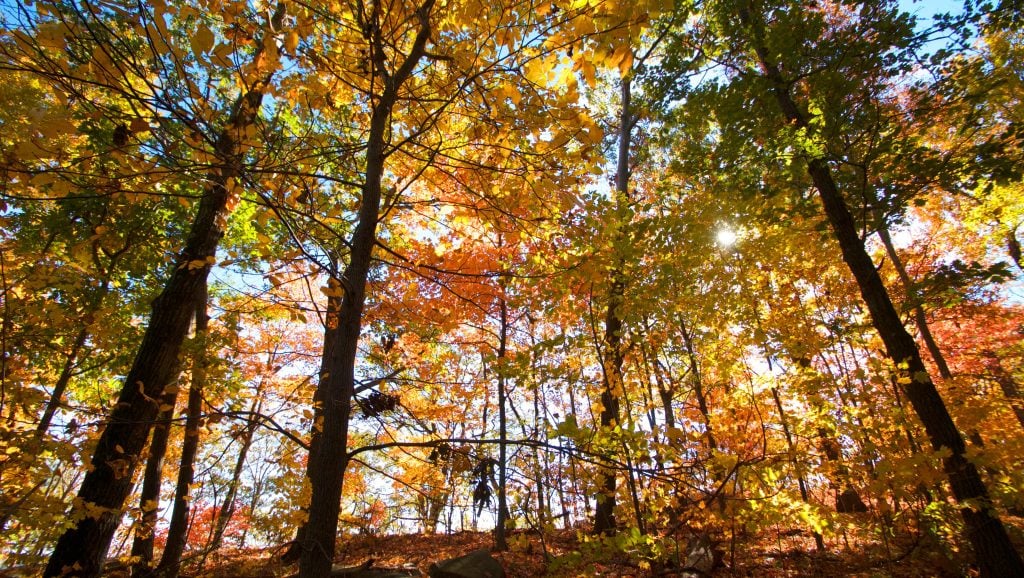 The offMetro Guide to Fall Foliage Near NYC