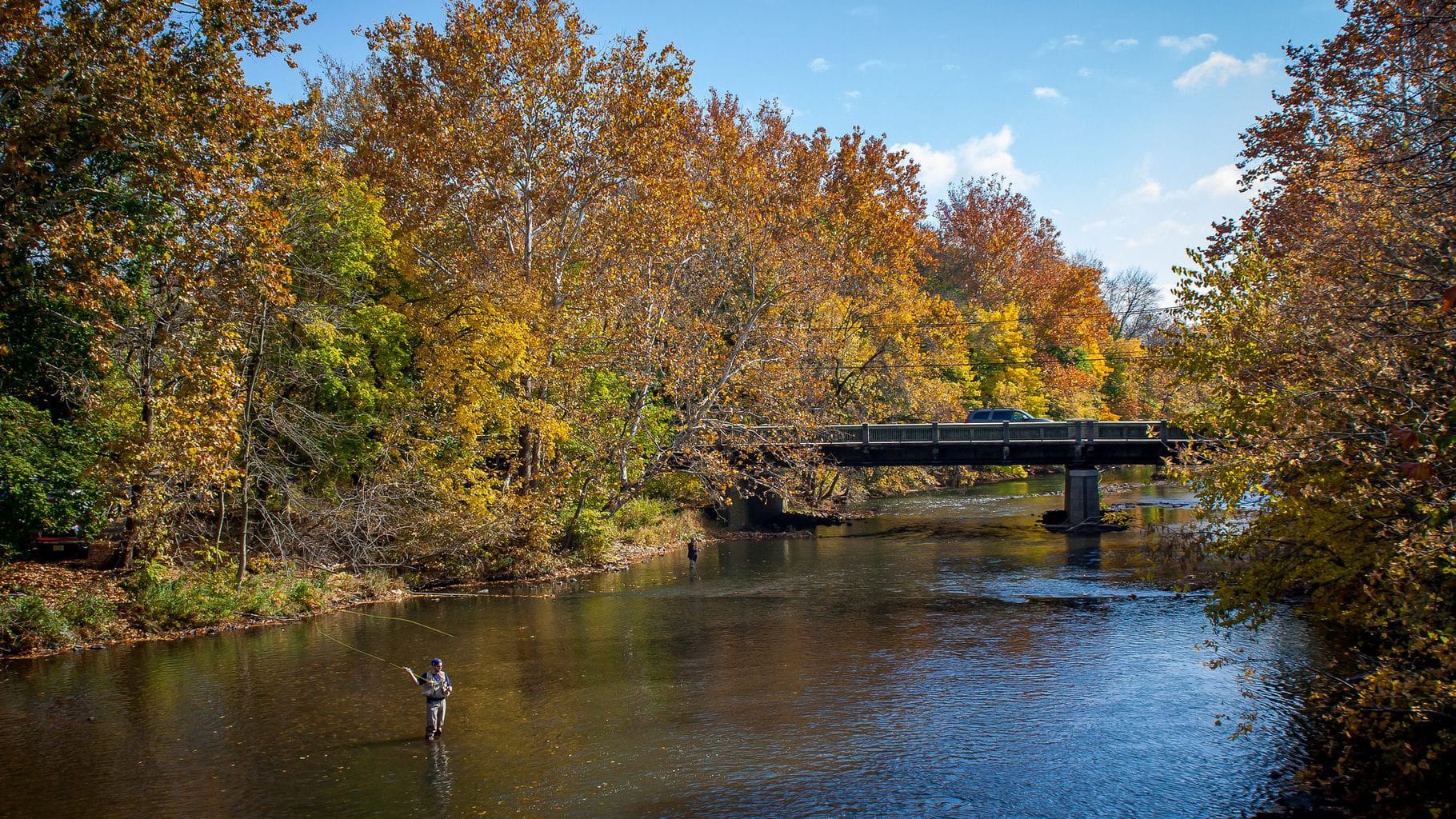 The Lackawanna River runs through Scranton, where fly fishing is one of the better ways to spend a fall day out of the city. The father-son duo at A&G Outfitters (lessons from $25/hour) have this stretch of northeast Pennsylvania covered; if the river is running low in sections, they’ll send you to an unexplored spot a little further upstream. If the going is good, they’ll let you in on the secret. Although the Lackawanna River was once known as one of the 20 most polluted waterways in the USA, the Pennsylvania Fish and Boat Commission just designated a five mile stretch as a “class A” trout stream. 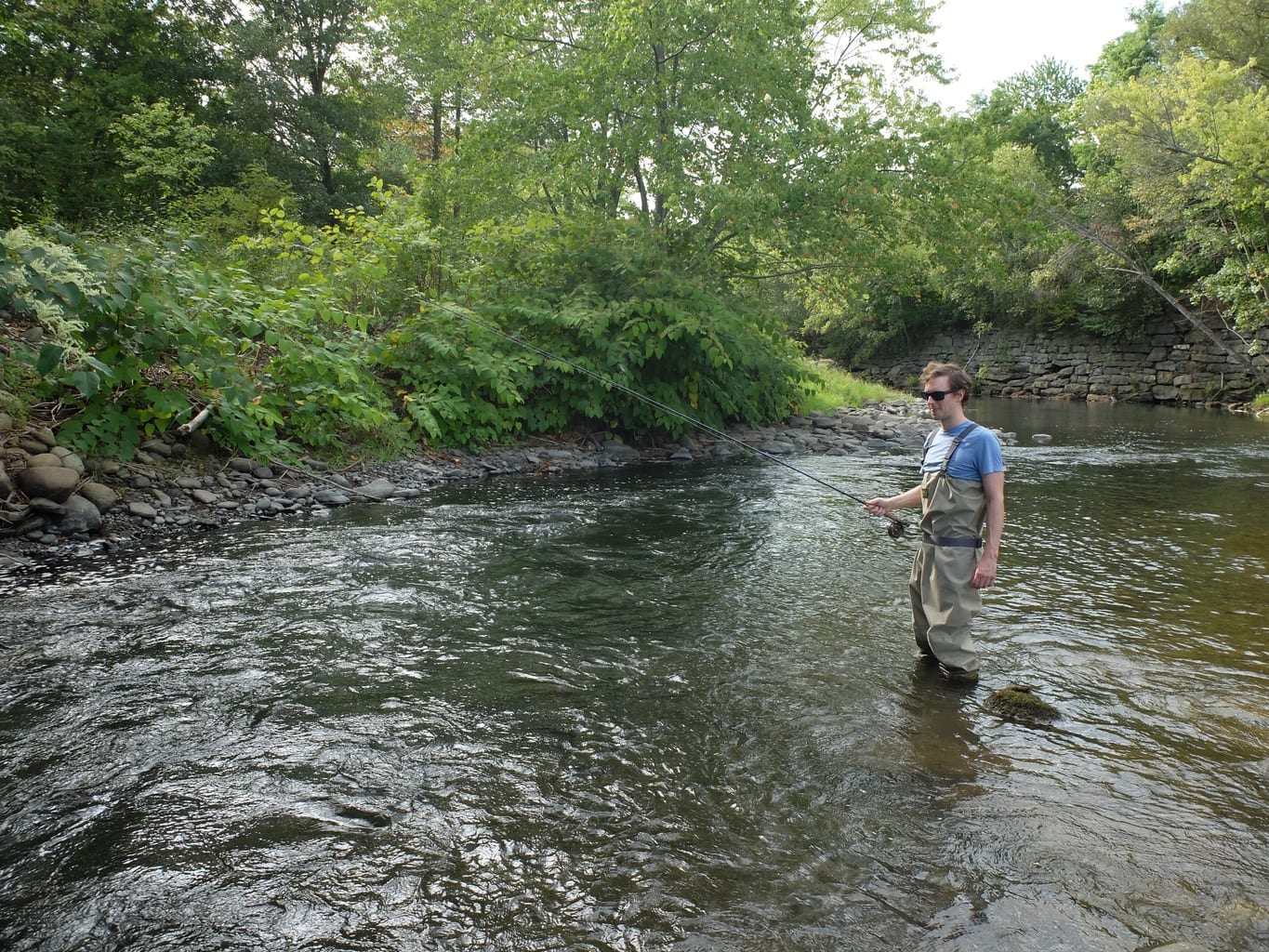 As I stood knee-deep in the river on a recent Friday, it was not hard to see why this place is a magnet for fishermen. “There are stretches where you’d think you were at one of the big parks out West,” says A&G Outfitters co-owner Greg Nidoh. “The peaceful landscape is incredible. You might occasionally see a rusted shopping cart or soccer ball floating upstream, but that’s part of the charm of urban fishing.” My guide for the day was Adam Nidoh, a 29-year-old Scranton resident, who took us into the river behind an old slaughterhouse and a supermarket. Sensing my skepticism, he assured me this was one of the best spots for beginners. We waded out into the river, where Nidoh demonstrated the art and science of casting with a few flicks of the wrist. My first couple of casts ended with the fly wrapped around the upper end of the rod, but after a short time I got a strike. I watched my fly bob quickly beneath the surface, flicked my wrist upwards and felt a thrilling tug. In a moment, a trout rose above the surface. I brought it into the net and examined my glistening catch. “Slightly larger than you’d usually find around here,” said Adam, releasing the fish.

We spent the rest of the afternoon testing different casting spots, the sun flickering through the orange-tinged trees. Sending the cast back and forth, I let the soothing rush of the emerald river wash over my waders and thought I might just stand there forever. 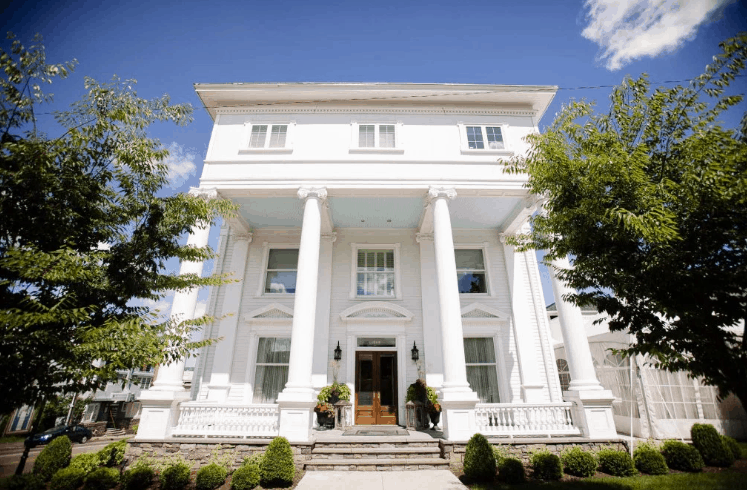 Where to stay: The Colonnade is a delightful boutique hotel, located downtown near the University of Scranton. It’s owned and operated by Josh and Paul, two Manhattan transplants who returned to the city a little over ten years ago.

Around town: Scranton visitors have many outdoor options. Canoe Susquehanna offer trips on their namesake river (a tributary of the Lackawanna, meaning ‘where the river forks’) and the town has been building out singletrack, too. Over 70 miles of purpose built trails now connect bike paths along the river. Bear Creek Preserve sits just south of town, with over 300 mountain biking routes within a half-hour’s drive.

How to get there: Martz Trailways bus goes from Port Authority to Scranton. The journey takes three hours.

For additional information, go to www.visitnepa.org. 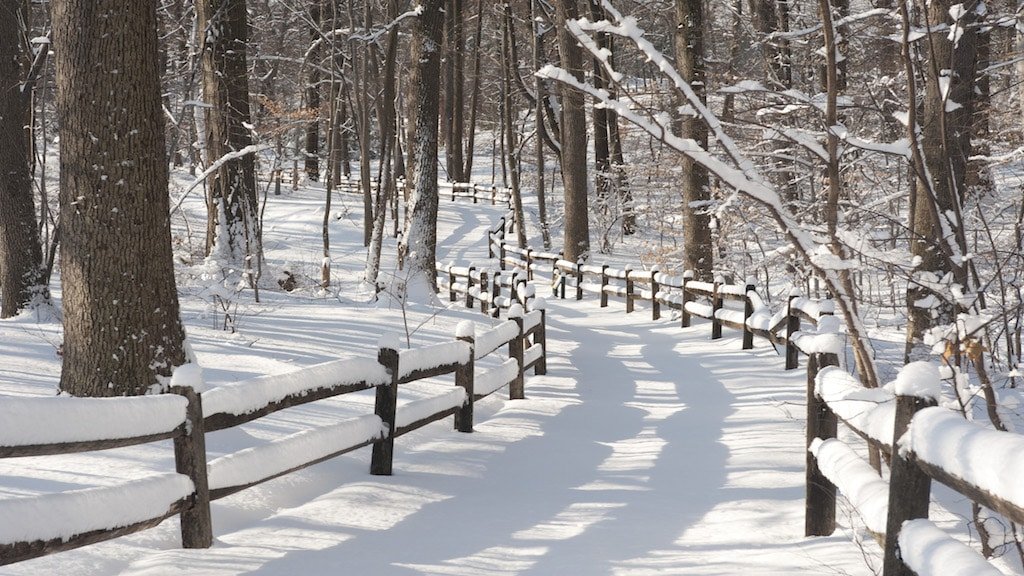 Five Easy Ways To Bust The Winter Blues in NYC