Queens is the largest of the five boroughs, so it should come as no surprise that there’s so much going on this spring.

From an international film festival to an old-fashioned carnival on a farm, enticing events are cramming the calendar so keep your Metro Card handy for a spring fling in Queens.

Where: Museum of the Moving Image, 36-01 35 Ave, Astoria
Why: We all know and saw the classic movie 2001: A Space Odyssey (1968) directed by Stanley Kubrick and developed in collaboration with writer Arthur C. Clarke. The classic depicts the fraught relationship between humanity and technology, using pioneering special effects. The Museum is presenting a beautiful exhibition that explores Kubrick’s influences, his obsessive research, how he approached the production process, and much more. The unique exhibition includes original artifacts that every movie buff will enjoy.

How to get there: Via subway, take the R/M to Steinway Street or N/Q to 36 Ave. The Q101 bus is an option from the Upper East Side.

Where: Screenings throughout Queens
When: June 23rd – July 3rd
Why: For 10 days in the Summer, Queens becomes a cinephile’s dream, thanks to the 11th annual Queens Film Festival. Almost 200 films, including indie docs, shorts and narrative features, will be presented.
How to get there: Check the festival site for directions to the multiple venues.

What: Country Farm Events at the Queens County Farm Museum

Where: 73-50 Little Neck Parkway, Floral Park
When: From May to November
Why: Who says NYC has lost its agrarian roots? This working farm dates back to 1697. Escape the hectic pace of urban life as you visit the greenhouse, pet livestock and laze in the orchard. They have all kinds of events throughout the summer. You can check out the details here.
How to get there: E or F to Kew Gardens/Union Turnpike Station, where you will transfer to the Q46 bus to the Little Neck Parkway stop. Walk three blocks to the farm’s entrance.

Where: Citi Field, Flushing
When: Season starts April and lasts through September.
Why: Show your support for the other New York team, the perennial underdog Mets. The home opener against the Phillies is a fine way for the boys of summer to start the long season. If you’re not particularly keen on America’s pastime, you can still have fun noshing your way around the delish dining options including Shake Shack, Blue Smoke and El Verano Taqueria.
How to get there: 7 train to Mets/Willets Point Station

What: Lemon Ice King of Corona

Where: 52-02 108 Street, Corona
When: Open year round
Why: Don’t let a cool wind stop you from indulging in a taste of summer. For over 60 years, the Benfaremo family has been producing the most authentic Italian ice this side of Palermo. Flavors range from classic (lemon, rainbow, chocolate) to creative (licorice, peanut butter, cotton candy).
How to get there: 7 train to 103 Street-Corona Plaza. Exit the station at 104th Street, turn right and walk about 10 minutes. Turn right onto Corona Ave. 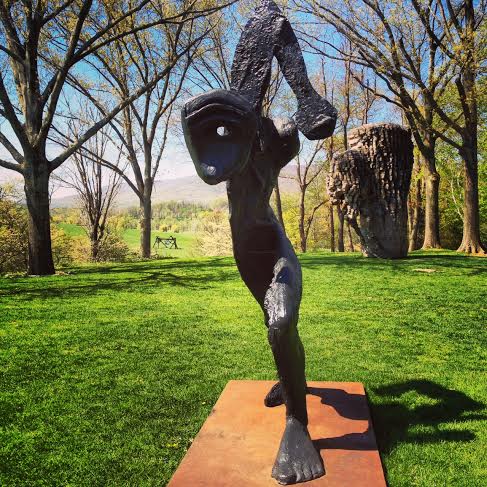