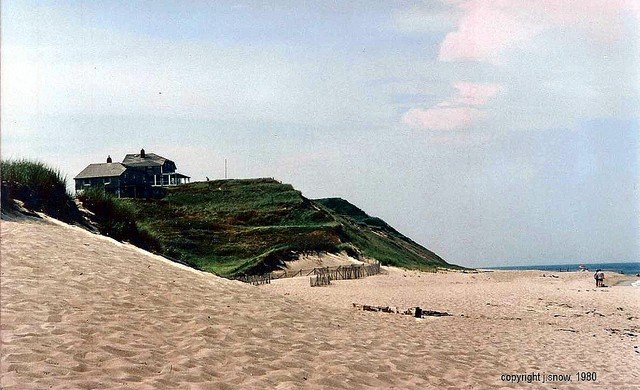 There is one childhood dream I can’t seem to outgrow. It has to do with living in a lighthouse. And not just any old lighthouse will do, it has to be the one in Cape Cod overlooking the shores of North Truro. Located near the tip of the Cape resembling a whale’s tail, this tucked away setting has stuck to the surface of my fondest memories, and for a day of play, there are few summer travels as wonderful as a trip to Truro and its Highland Light tower. 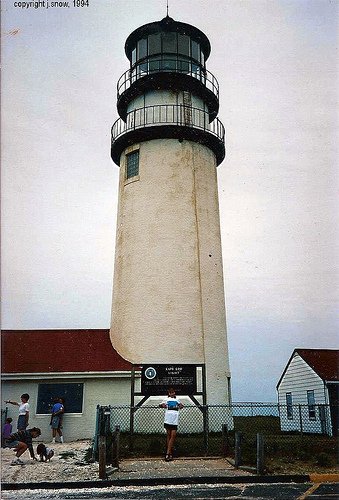 Built in 1797 at the request of George Washington, the 66-foot Highland Light was the 20th lighthouse to be erected in the United States. When the cliff eventually eroded to the point that the structure needed to be moved, I took the total sum of my piggy bank and donated $24 to the cause. I still have the “I helped Save Highland Light” t-shirt I received at age 13. The Society raised enough so that the 404-ton lighthouse could stand new ground 450 feet back from its former location.

For those exploring Cape Cod in a rented hybrid, head to Fisher Beach, keeping an eye out for Edward Hopper’s white summer house (not open to the public) nestled into the pristine hillside, where many of his famous oil paintings, including “Highland Light” were created.

II. Beaches
Two decades later, the peaceful public beaches in the outer cape are just as I remember them as a pail-toting five-year-old. Despite having several beach options just a short distance from home in Manhattan, each year I return to Cape Cod for that dependable sense of natural bliss that can only be found at Ballston, Coast Guard, and Longnook. The red clay cliffs, tourist-free shores, and unspoiled salt meadow vistas make these some of the best beaches in New England. Not one fleck of sand has changed, as is the case for just about any establishment in Truro.

III. Where to eat 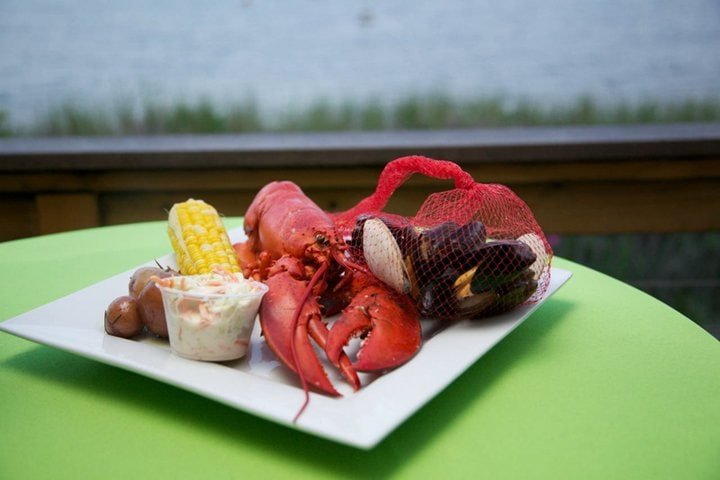 The small, unpretentious community is full of delicious shops suitable for picnicking, gift hunting, and authentic seafood meals. A visit to Truro would be incomplete without stops at Jams Gourmet Grocery in Truro Center for local salt water taffy and a deli sandwich; Mac’s Seafood has a wide selection of fish, or try the veggie market and fishmonger right next to Corn Hill Road, which has fresh, succulent catch of the day, sugary corn on the cob, bright, juicy tomatoes straight off the vine, and Portuguese Sweet Bread from just up Route 6A (the scenic route) in Provincetown.

How to get there: Directions by Bus: Take the Bonanza bus from Boston to Hyannis, transfer there to the Plymouth-Brockton line. The bus stop in Truro Center is at Post Office and Jam’s Store. Directions by Ferry: Take a ferry from Boston or Plymouth to Provincetown, then take a bus from there to Truro Center. Taxi service from Provincetown to Truro Center costs about $15. Use our hybrid rental car guide to leave directly from Manhattan or visit gogreenshuttle.com for an all green transportation service.

For more information on Truro visit the Truro Chamber of Commerce, call 508.487.1288 or refer to the map below for specific locations.