Home Boat Hornblower New York Cruise: To Infinity and Beyond 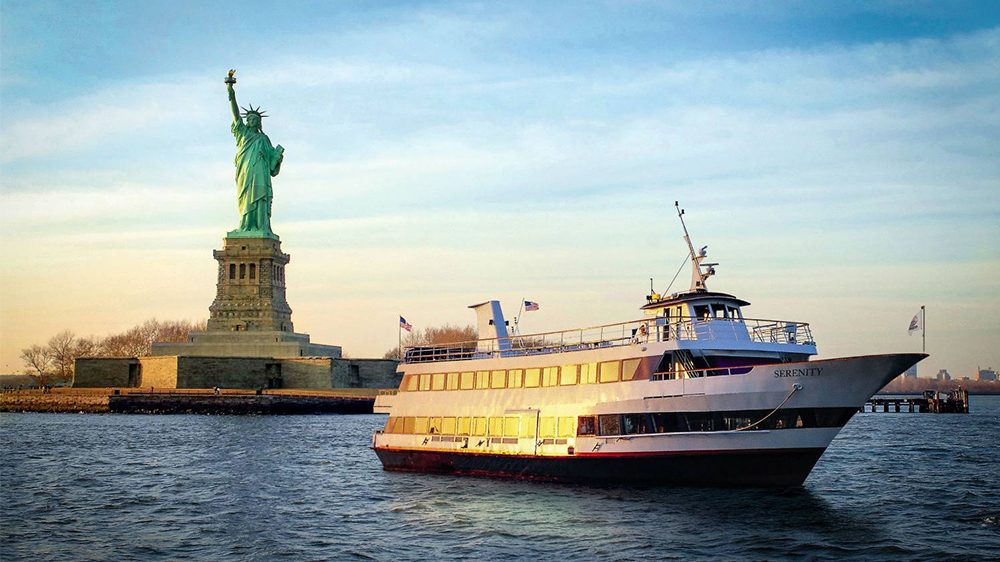 On a recent bright and breezy evening, we made our way through Hudson River Park’s flurry of activity to the calm end of Pier 40. All was calmer still on board the luxurious Hornblower Infinity, which was preparing to (literally) sail off into the New York sunset.

With three decks, four bars, and five dance floors, every bit of this 210-foot number is sleek, from the funky-fresh blue mosaic bar tops (made from repurposed Skyy Vodka bottles) to the motion-sensor, waterfall faucets in the restrooms. At the tippy-top, a sun deck lends unbeatable views—of both the river and a pair of elegant wind turbines that help power the yacht. We soaked up a bit of sunshine out on the open bow, watching Manhattan stretch out before us as the vessel cruised out into the Hudson. 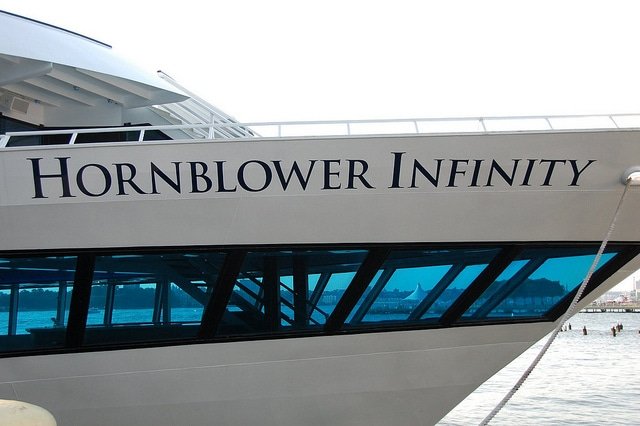 Then it was back into the dining room to enjoy the lovely spread of artisanal cheeses, charcuterie, and roasted veggies before settling into a three-course meal. While we indulged in lobster bisque, filet mignon, and broiled salmon, the skyline outside became increasingly shimmery in the setting sun. The menu on the Starlight Dining Cruise changes seasonally, and Hornblower keeps it local by partnering with popular purveyors like City Winery and Tom Cat Bakery (an Anthony Bourdain favorite).

Jazz standards made up the dinner soundtrack, but the first few strains of an old familiar classic were all it took to get everyone out on the bow for a well-timed approach to sunset over Liberty Island. With nearly six years under my belt, I now consider myself a fairly seasoned New Yorker, and I’ve seen Lady Liberty countless times—from land, sea, and train. But that night, with the pink swirls surrounding her, a refreshing breeze blowing off the river, and Sinatra crooning, “If I can make it there, I’ll make it anywhere,” I’d bet not even the most jaded New Yorker on the ship was immune to that thrilling shiver of awe. 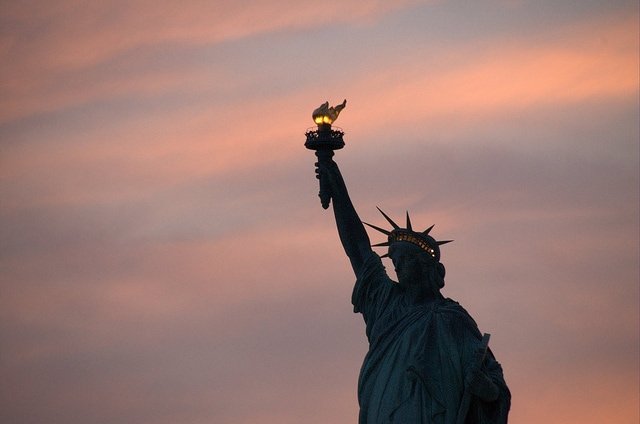 The rest of the evening progressed just as blissfully: coffee and cannoli, guests hitting the dance floor, and the city that never sleeps coming to life against a darkening sky. As we re-entered the bustling throngs, the air felt fresher, the crowds friendlier, and the city was weaving its old magic. I guess a small escape, some good food and drink, and a three-hour tour is enough to make one fall in love with New York all over again.

A longtime California cruiser, Hornblower recently introduced a fleet of gorgeous yachts to the Hudson River. The Infinity offers brunch cruises ($57.50 per person) most Sundays and dinner ($80-85) and cocktail ($40-65) cruises most Thursdays, Fridays, and Saturdays (visit hornblower.com for complete schedules and cruise descriptions). Hornblower is also home to the greenest boat in the New York harbor, the Hornblower Hybrid, which is available for private events.

Directions:
Pier 40 is located at 353 West Street. Take the 1 train to Houston Street. You can also take the M8 or M21 buses. 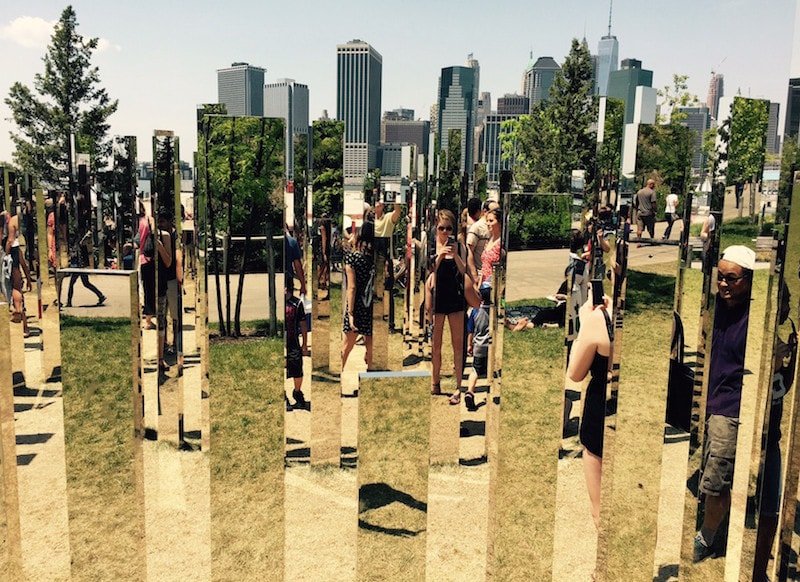