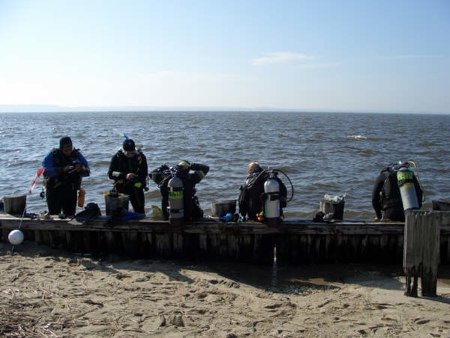 If current economic conditions prevent you from jetting off to the Great Barrier Reef for a week of sailing, consider making the trek across the Hudson to New Jersey to perfect your scuba diving.

The Hoboken Dive Center, which opened in 1994, is a PADI shop offering diving certification classes and local dive trips. But what, you might wonder, is there to see underwater around here?

“There is as much sea life here as you’d see in the Caribbean,” said Sandy Shaw, the HDC manager and a dive enthusiast. “People are surprised.”

The New York and New Jersey coasts are famous for their wreck diving; hundreds of documented ships have sunk in these waters and many remain underwater to this day. “Shipwrecks act as an artificial reef; all of the critters and plants are there,” explains Pat Iapicca, the owner and original founder of the HDC. “No one ever comes into the store thinking Jersey Shore. They come in thinking Caribbean, etc. When they’re in the store, we explain what they can see by diving around here.”

One of the most famous wreck diving stories—the 1991 discovery of U-869 by world-famous divers John Chatterton and Richie Kohler—takes place 60 miles off the coast of New Jersey. The WWII German submarine was originally thought to have sunk outside Gibraltar. Many experts believe that the boat accidentally sank itself with a circular torpedo whose initial target was the Atlantic Coast. A poster of Chatterton and Kohler hangs in the HDC; both men occasionally frequent Dutch Springs in Pennsylvania, a diving lake the HDC uses for Open Water certification. (The pair went on to become co-hosts of Deep Sea Detectives on the History Channel.)

The Open Water certification consists of two parts: classroom and pool training, and open water training dives. Beginner divers can get their certification over six weeks (meeting once a week) or in one intensive weekend session.

“We’re international so you can finish [your certification] anywhere in the world. A lot of people start here in the winter and finish on an island,” explains Shaw. Locally, diving serves a purpose outside of recreation. Mike Raftery is a research engineer in the Center for Maritime Systems at Stevens Institute of Technology in Hoboken. He was trained at HDC and now teaches diving to Stevens’ students. “For anyone who goes into marine biology or anything like that, it’s always beneficial to be scuba certified,” Shaw adds.

In 2008, the Department of Homeland Security chose Stevens to lead a national research initiative in maritime, island and port security. Raftery uses sonar in the Hudson to measure currents, waves, and acoustic signals. “Stevens is a Port Security Center of Excellence,” says Raftery. “One of our missions is to protect the harbor.”

Only Raftery has permission to dive in the Hudson and maintain the sonar. There is no public diving in the river. The Hudson is considered “black water” (meaning its visibility is very low), and its strong currents make it dangerous for divers. However, anyone with a diving certification can sign up for the HDC’s scheduled trips around New Jersey and Long Island.

How to Get There: The Hoboken Dive Center is located at Park Avenue and Third Street. Take the PATH train to Hoboken and walk up Washington Street. Turn left at Third until you hit Park. A six-week PADI scuba certification course costs $225 and a full weekend course costs $299. The price includes all diving equipment except for snorkel, mask, and fins. The cost for individual wreck dives is $90 and for night dives is $50. (300 Park Ave., Hoboken, New Jersey, 201.795.3483, hobokendive.com) 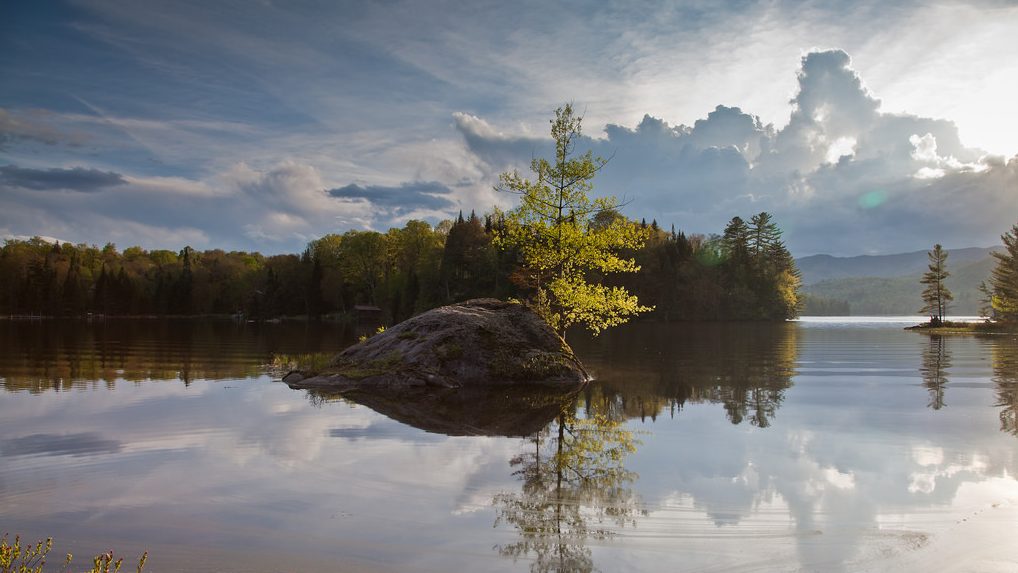