Home Arts Where to Find a Smartini: Secret Science Club 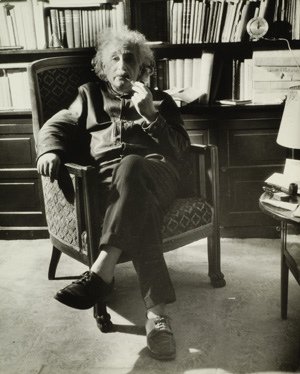 In the fall of 2006, three colleagues launched the first Secret Science Club meeting at a popular Brooklyn bar to sate curious minds with booze and science. Despite its name, the meetings were never a covert operation. Thanks to favorable word-of-mouth, and people who relish the idea of using your brain while having a beer, the event has now grown out of Union Hall and into The Bell House.

From neurobiologists to Mars experts to the most recent educator and planetary geoscientist, Dr. James Head from Brown University, professionals at the top of their field have been invited to address the eclectic but good-natured crowds who congregate amid alcoholic beverages to learn from the specialists. Upon observing the tidy single-file procession leading to the bar at a recent meeting, bartender Dave Hill remarked, “It’s a well-behaved crowd,” one that does not tend to linger long on a weeknight. But for those who stay, music performances and a “cocktail of the night”—April’s Mars Express concoction featured a saccharine blend of tequila, grenadine and orange juice—make for good reasons to extend the evening that requires no cover charge.

“The Secret Science Club started out as a taxidermy contest,” said Margaret Mittelbach, who along with Michael Crewdson wrote Carnivorous Nights: On the Trail of the Tasmanian Tiger, a chronicle of the duo’s pursuit of the flesh-eating marsupial. Though it began as a casual creature competition between friends (mainly to promote their book), the event planted the seeds for a more public forum that would mimic the camaraderie of informal scientific settings. In their endeavor, the two natural history writers joined forces with radio show host Dorian Devins (WFMU, 91.1 FM’s The Speakeasy) to draw in their brainiac peers for this social experiment.

Today, The Bell House hosts the monthly Secret Science Club sessions on the warehouse-laden streets of Gowanus. Starting in May, meetings will be held on the second Tuesday of each month. After the presentation, which runs for about an hour, audience members have the chance to question the great mind on stage. (Tip: Remember to think before you drink and raise your hand.)