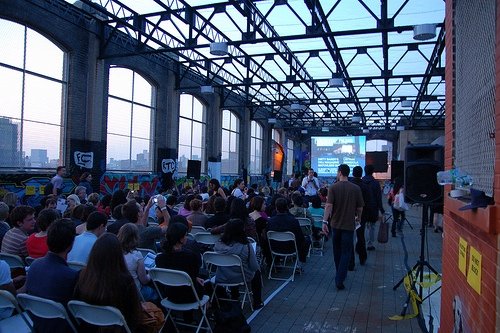 Where: On and off Manhattan

Why: There’s a signal for summer and it can be heard at the opening of the 15th Annual Rooftop Films Summer Series starting tomorrow tonight. Over the next 15 weekends, 15 rooftops across four boroughs will screen more than 50 programmed shows. There will be 23 feature length films including two world premieres and 16 U.S. and N.Y. premieres.

This Friday, consider viewing This is What We Mean, a collection of big stories in small packages. Saturday continues with the premiere of local New York filmmaker Zachary Raines’ black comedy, Freeloader, about a sycophant whose situation is serious to everyone but himself.

Films to bookmark include the SXSW and Rooftop Films presentation of The Dish and the Spoon with indie starlet Greta Gerwig on June 3rd, free show Battle for Brooklyn about the fight against the Atlantic Yards Project on June 9th in Fort Greene, the collection of new shorts from the 2011 Clermont-Ferrand Short Film Fest on July 6th in Long Island City at the Socrates Sculpture Park, and the annual Animation Block Park debuting indie shorts of all genres in Williamsburg on July 29th.

Of special note this year is the addition of the new rooftop location, The Brooklyn Grange. It is located on an organic rooftop farm in Long Island City and will appropriately screen Rural Route, a program surveying the decline of green life from Finland to Chile on August 7th. The City Dark is a film about the effects of light pollution on our natural environment, June 5th. Then on July 23rd, Orbit examines the stars and planets in our solar system as singular subjects.

For a full schedule of films, visit rooftopfilms.com

How to Get There: All venues are easily accessible by subway or bike. 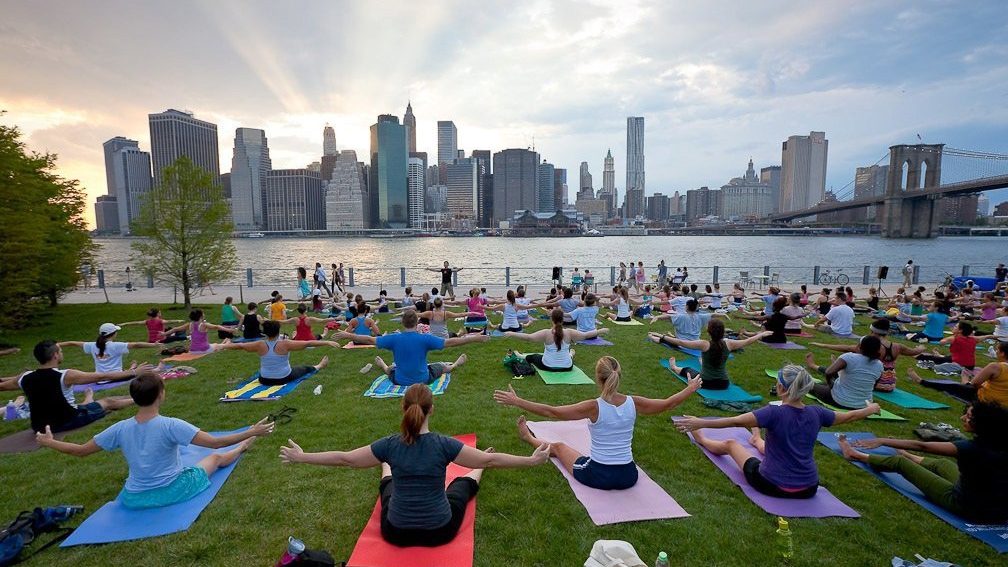 No Catch, Just a Release: Free Fitness Classes in NYC