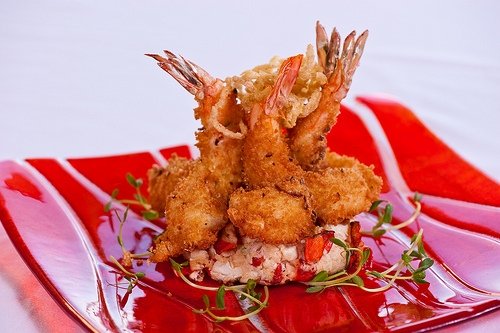 Editor’s note: Alas, Fin is another restaurant that just didn’t make it in AC. Check out the Tropicana’s newest eateries here.

On the boardwalk at the Tropicana, there is a good-looking mermaid showing you the way to Fin, the casino’s newest restaurant offering a refreshing—and eco-conscious—escape from the town that’s “Always Turned On.”

Just like that the sushi bar alcove near Fin’s entrance stops the lingering slot machine sounds with a hidden sea-side cove aesthetic. Once inside the three-month-old restaurant, there is a laudable absence of gaudiness and garish lights, without losing sight of Atlantic City’s best feature: the ocean. Even before the food hits your plate, you feel a strong connection to the sea, which takes over floor-to-ceiling windows and the view directly in front of outdoor patio diners.

The restaurant’s interior complements its waterfront setting with soothing, sea-toned glass tiles and a “sea-chic” design that carries through into the ceramic dinnerware and furniture’s lush coral reef hues.

But Fin’s green tones goes far beyond the seaweed-colored accents of its décor. The restaurant’s diverse, Mediterranean-inspired menu was specially crafted by head chef Demetrios Haronis who changes the items each season according to what is available on the local markets. Demetrios, a South Jersey native, sources his menu from a host of purveyors and farms from around the state. All of Fin’s seafood hails from fisheries along the Jersey shore; the scallops, for example, are fished in the nearby Victorian vacation town of Cape May.

“I’ve worked in restaurants along the Jersey shore my entire life and I think we are providing guests with something that’s not being offered anywhere else in the area—a diverse range of the freshest local seafood, complemented by local produce and wines, all at the ocean’s edge,” said Chef Demetrios.

The sushi ($5- $17/roll) is not just fresh, it is delicious, even to the discerning palette of a Nobu’d New Yorker. While the restaurant also offers a few dishes “without fins,” Fin’s true forte is its seafood. For a hearty yet refreshing dinner entrée, the Grilled Block Island Swordfish with Green Yogurt-Cucumber Sauce ($34) will leave you satisfied but with just enough room for dessert. In the spirit of fins and fish tails, indulge in one of Fin’s sea-theme cocktails, or any of the local wine selections from Fin’s “50 under $50” list. Though a heavy drink to pair with dinner, Fin’s take on the Bloody Mary, the Mermaid Mary, is a must try, with or without the crab-cicle garnish.

How to get there: Consult oM’s public transportation guide to Atlantic City 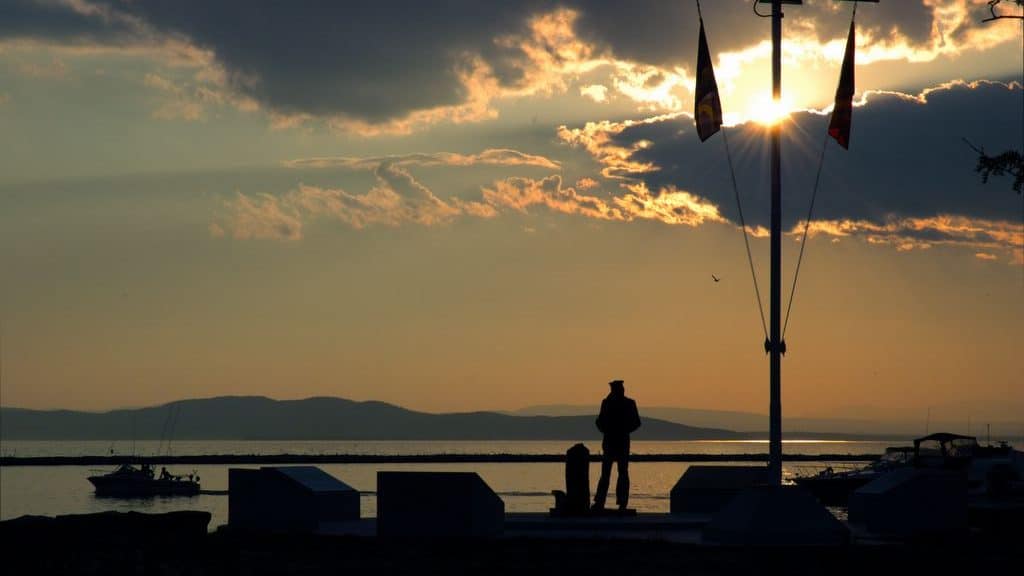 Burlington, Vermont: A Walk on the Local Side