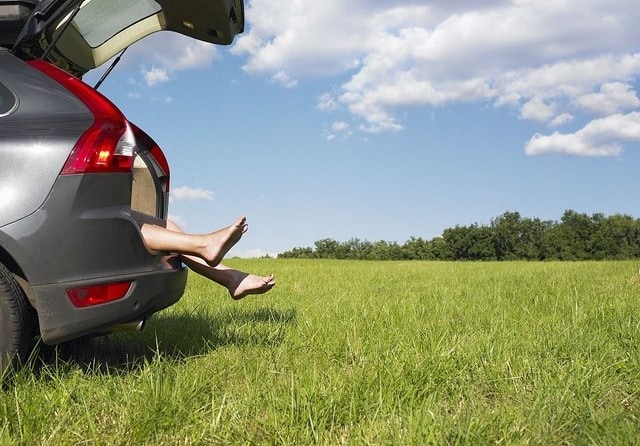 I’ve been taking more two-wheeled road trips lately, so I’m not traveling much anymore in my Toyota. Public transportation has allowed this suburban-bred driver the unaccustomed ease of getting to work in the East Bay without a car. Yet still, I can’t bring myself to part with it. I’ve had it since high school. But why should I keep the darn thing, paying for insurance and maintenance and parking, if it mostly sits unused day after day?

According to Getaround, a two-year-old car sharing service, the average car isn’t used for 22 hours of every day or the equivalent of 22 billion wasted hours around the world. Getaround is enabling carless drivers to use that time more efficiently as each shared car takes 13 cars off the road—the equivalent to 487,000 pounds of carbon. (The Guardian’s Green Living blog reports that manufacturing one medium-sized new car uses about 37,000 pounds of carbon.)

Getaround is turning this problem into an environmentally friendly solution that’s catching on across the country. Already in Portland, Austin, Chicago, and San Francisco, Getaround has created an online car sharing community to maximize car usage, letting owners rent out their vehicles when they aren’t using them.

Last month, I listed my car on Getaround. I was excited about the prospects—helping the planet, making extra cash, and putting my car to good use—yet I was wary about handing my keys over to strangers. What if they wrecked it in an accident? Took my car for a joy ride to Mexico?

At 10 a.m. on Saturday morning, I unlocked my car for a friendly couple who had been communicating with me over the past few days on Getaround.com. We parted ways after brief introductions and questions, with Sean telling me that he and his wife planned to have my car back by 3:15 p.m. after running some errands.

Earlier that week, Mark Harnett, Senior Director of Digital Marketing at Getaround, had calmed my nerves about renting out my Toyota. ”There is an element of trust involved,” Mark said. “At Getaround, we’ve worked since day one to create a community built on trust. We’ve taken steps to make sure that when you share, you don’t have to worry about a thing.”

Getaround takes extensive measures to ensure clients’ cars are well taken care of. The company is connected with DMVs in every state and does up-to-date driver record checks on every potential renter. They also cross-check user identity through Facebook, the credit bureau and 16 other points of reference to verify that renters really are who they say they are. If a user has a bad driving record, he or she will be denied.

Getaround also provides renters with a substantial insurance policy backed by Berkshire Hathaway that includes liability, collision, property damage, and uninsured motorist protection. In the case of an accident, Getaround will file a claim, take the car to the shop and return it to the owner.

So why should renters choose Getaround over other car sharing services?

“Although Getaround is only two years old,” Mark said, “we already have over 10,000 cars listed and are growing fast, which means that you are much more likely to have a Getaround car close to you than with other services.”

Plus, 60 percent of the profits stay within the local community, going directly back to the car owner. Getaround also hosts contests and free driving credit promotions (the most recent of which involved a James Bond theme and virtual car driving game).

“Everyone’s been great to my car,” said Bay McLaughlin, a Getaround owner. “I had a woman return my car fully vacuumed, with a new air freshener and a fresh bouquet of flowers.”

Frequent Getaround owner Sarah Kathleen Peck said, “The exciting thing about making all this money on Getaround is that I’m almost done paying off my car.”

Knowing all of this, I had breathed a little easier when going through the process of posting my car on the website. I signed the Terms of Service, filled out my Getaround profile, uploaded some snazzy car photos, and set a price.

On Saturday afternoon, Sean sent me a text message to let me know he was stuck in traffic and would be a bit late returning my car, which was delivered in mint condition with a full tank of gas.

The following week, Sean and I exchanged written reviews about our successful transaction and that has been paying off, quite literally, ever since. I’m grateful to the Getaround community in San Francisco for their trust, and for continuing to give my Toyota—and my bank account—so much love.

Visit www.getaround.com to find out how to put your car to extra good use.

If you’ve been renting out your car for a while it might start having mechanical issues. If you decide you’d like to eventually sell the car you can contact Junk That Car to sell the car when it breaks down. It can save you money as you won’t have to spend a lot on repair costs.