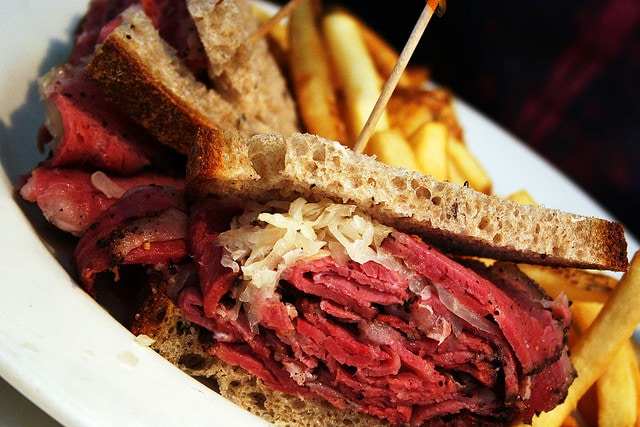 In contrast to Berkeley’s burgeoning, slightly chaotic Telegraph and downtown areas, North Berkeley is deliciously dotted with food joints and specialty markets. These bourgeois blocks, also known as the “Gourmet Ghetto” have become a foodie’s fantasy, largely thanks to Alice Waters’s (the momma of California cuisine and queen of sustainable, responsible, local ingredients) Chez Panisse.

And so, from one foodie to another, here are a few of the highlights.


Note: As it is impossible to eat your way through the Gourmet Ghetto in one day, most of these places offer great take home goodies. Or you can make regular use of that short BART ride (we won’t judge).


1. Get your nibble on at an original East Bay Collective, The Cheese Board, which specializes in freshly baked breads and sells over 400 kinds of cheese. (1504/1512 Shattuck Avenue, cheeseboardcollective.coop)

2. See for yourself what all of the fuss is about at Chez Panisse, the Alice Waters beacon of the local food movement. (1517 Shattuck Avenue, chezpanisse.com)

4. Get your sweet on at Masse’s, the place for pastries. This European-style patisserie will satisfy all confection cravings with “style and taste.” (1469 Shattuck Avenue, massespastries.com)

5. Have a vine time at Vintage Berkeley Wine. A free daily tasting (4 p.m. until 7 p.m.) and limited production wines from around the world for under $25? Say no more. (2113 Vine Street, vintageberkeley.com)