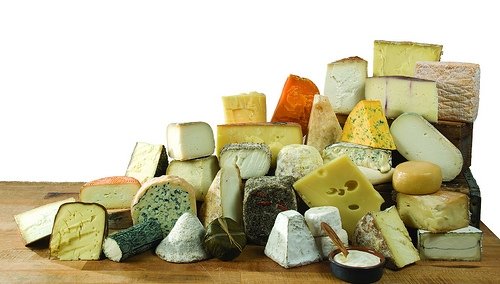 What: The Brooklyn Cheese Experiment

Where: The Bell House, Gowanus, Brooklyn


Why: A couple of quirky cook-off gurus are at it again. This time, Theo Peck and Nick Suarez are hosting a cheese cook-off at indie music venue The Bell House, challenging 25 chef-testants to experiment with a wide gamut of cheese. “Cheese is growing more as an artisanal product. We’re moving beyond just American and Cheddar,” said Theo Peck, the events co-organizer. Aged sheep milk, Gouda, Vermont Ayr, drunken Goat, and Tilton will be among the 350 cook-off samples. “You can’t be into food and not like cheese. I’m hoping someone will come up with an idea that I’ve never thought of or cheese I’ve never heard of,” said Peck.


The Bell House will be filled with sweet, savory, and stinky cheeses, as well as home-brewed hops. In tandem, there will be a brew–off specifically for this event. Attending guests along with a beer and cheese judging panel (Andrew Knowlton of Bon Appétit magazine and the brewers of Sixpoint Brewery) will be deciding who’ll walk off with contest glory.

“The cheese doesn’t have to be expensive to win, it just has to taste good,” said Peck. The chef-testant walking away with contest glory will win about $2,000 worth of prizes, including a ticket to Murray’s Cheese Boot Camp valued at $500. Look for the teal ribbons that signify a portion of the proceeds will support ovarian cancer research in honor of Peck’s girlfriends’ late mother.

After the cheese and beer King or Queen is announced, stick around where post-contest reveling will continue in the front lounge after party.