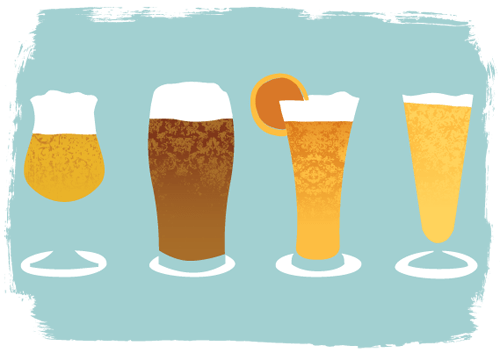 Where: All 5 boroughs, but we picked the best off Manhattan ones

Why: One night, Josh Schaffner, now director of the New York Beer Craft Festival, took along a buddy and decided to crawl as many bars as they could—before the sun rose, naturally. Their ambitious endeavor in the sleepless city of New York led them on a hops journey that only the beer-ly devoted could dream of. His hunch was correct; there was an existing beer-centric culture rivaling nearby cities like Boston and Philly.

”What people loved about beer in New York was that it was still a community and neighborhood industry,” said Schaffner who grew up in Inwood and worked in the Rockaways as a youth.

In order to compile the Passport—a bible-like guide to this year’s venues brewing beers on tap and cask—Schaffner visited all 83 locations and swigged beer. Not a bad job for a guy who as a teen moved to Canada to explore the possibilities beyond a Budweiser and a Magic Hat no. 9.

The well-researched passport is a guide not only to the venues, but a map of every locale, featured beer, surrounding pub and cultural attraction. You can even map your own crawl for now or later for upcoming Oktoberfest celebrations.

“Discover the little hole in the walls all around,” said Schaffner. “If you go somewhere different, you’ll discover something different.” Check out special events like the Brewed in Brooklyn Beer Walks, Bike Brooklyn Beer Blitz, and the Astoria Culinary Beer Stroll. Proceeds from the beer week bashes will benefit Just Food, a non-profit organization that works to develop a just and sustainable food system in the New York City region.

Bronx Alehouse | 216 West 238th Street | Bronx | bronxalehouse.com
The street-facing alehouse is currently the only craft beer bar in the Bronx. The tap and cask-inclined can sit at their high communal like tables, framed by exposed brick walls, and chug along on their generous pours. The place remains cozy as progressive patrons fill the space, so be sure to enjoy the breeze from the usually ajar storefront windows.

Sycamore Flower Shop + Bar | 1118 Cortelyou Rd. | Brooklyn | sycamorebrooklyn.com
Ever wonder what a flowers-by-day and bar-by-night venue looks like? Here’s your chance. Sit down underneath Sycamore’s high rafters and get cozy thanks to a woody décor, modern ambience, and substantial liquor rack.

Huckleberry Bar | 588 Grand Street | Brooklyn | huckleberrybar.com
Olive-colored walls dominate the main space with berry drenched furnishings. Stand at the bar in earshot of the house DJ or sit alongside its paralleled wall seating that leads to an outdoor garden. Either way, their beer flights (and delicious nibbles) are sure to suit your fancy.

T.B.D.Brooklyn | 224 Franklin Street | Brooklyn | tbdbrooklyn.com
There’s plenty of room at T.B.D. in its modern sleek inside or outside at its garden bench tables. Here you can sip regional beers and chat with locals from around the neighborhood. You’ll taste the depths of some of the borough’s best beer brewed here and at other Greenpoint establishments. (Remember to check your passport for all the points close to this one.)

Adobe Blues | 63 Lafayette Ave. | New Brighton, Staten Island | silive.com
The old west Saloon styled joint normally has a selection of 185 beers from 30 different countries. Right off the ferry terminal, this spot will transport you into a world brew none. Get ready for a wild ride.

Sunswick Astoria | 3502 Fifth Street | Long Island City, Queens |  sunswick3535bar.com
The Native American-inspired bar honors its heritage with straightforward décor. Single candles center tables for two and stringed lights are strung underneath the bar to give it just enough light for those entering the land of its 24 beers on tap.  The neighborhood bar’s unpretentious atmosphere invites a gamut of visitors, so kick back, relax, and make yourself at home. The resident chiefs of Sunswick wouldn’t have it any other way.

Cost: $2 (plus tip) per pint with Passport

How to get there: All places are accessible by subway and bike. Use the Hopstop link below for specific directions. For a full list of venues and events visit nyccraftbeerweek.com 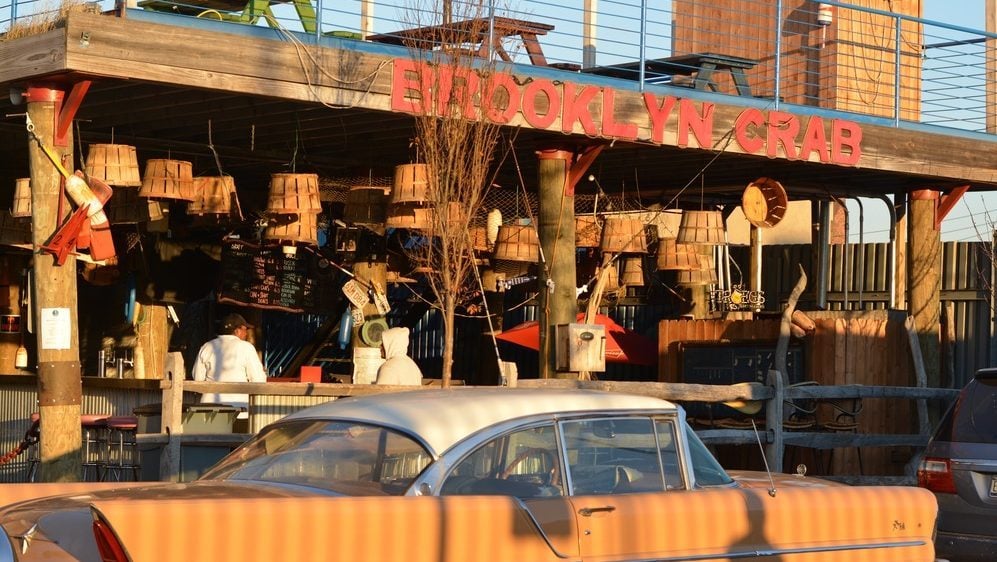